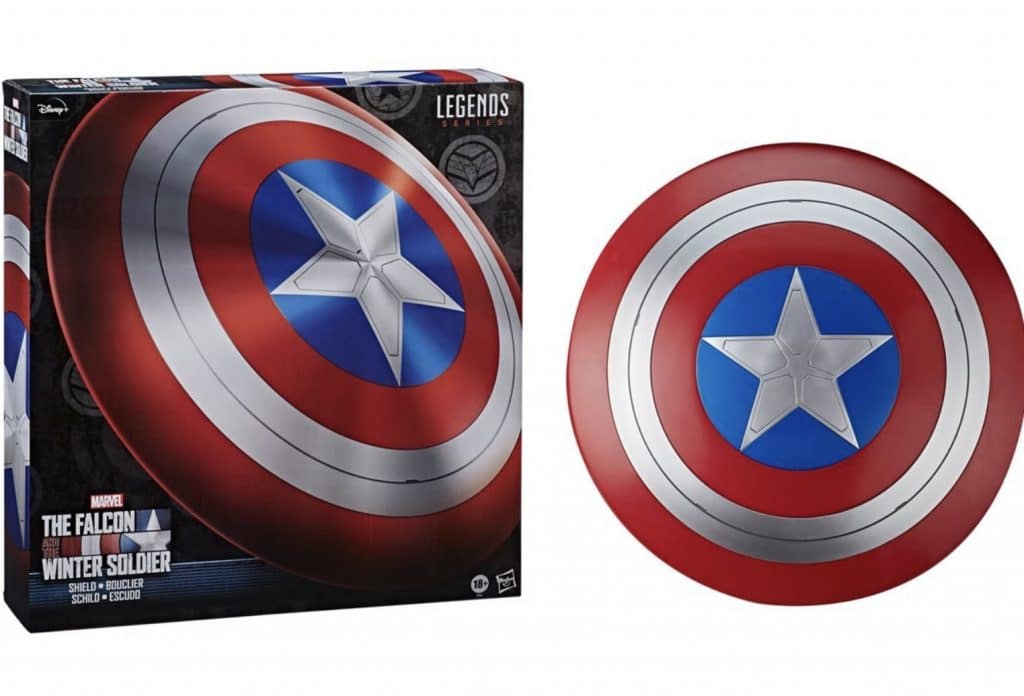 Hasbro has announced their first item inspired by the upcoming Disney+ series, The Falcon & The Winter Solider, which is now available for pre-order!

This premium Marvel Legends Avengers Falcon and Winter Soldier Captain America Shield Prop Replica is inspired by the prop seen in The Falcon and The Winter Soldier series on Disney+! Measuring 24-inches across, this 1:1 full-scale replica is the perfect thing for cosplay, display, or role play. Iconic in its design and durability, the Captain America red, white, and blue premium role play shield is the ultimate combination of offense and defense! Specifically modeled on the First Avenger’s trademark symbol, the premium role play shield is immediately recognizable, with exceptional detailing and premium finish for play or display. Marvel Legends The Falcon and The Winter Soldier Captain America premium role play shield is a notable addition to any Marvel fan collection. 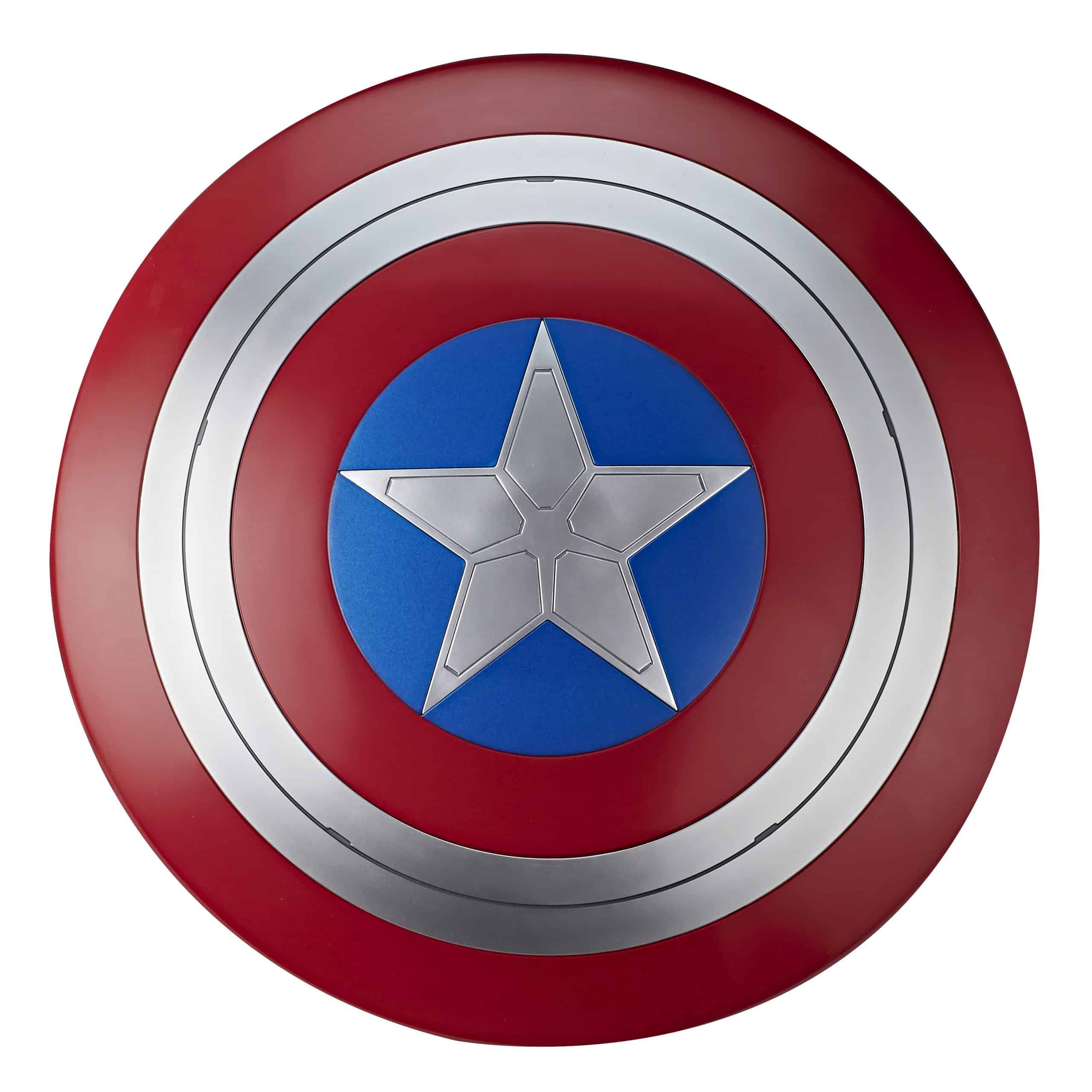 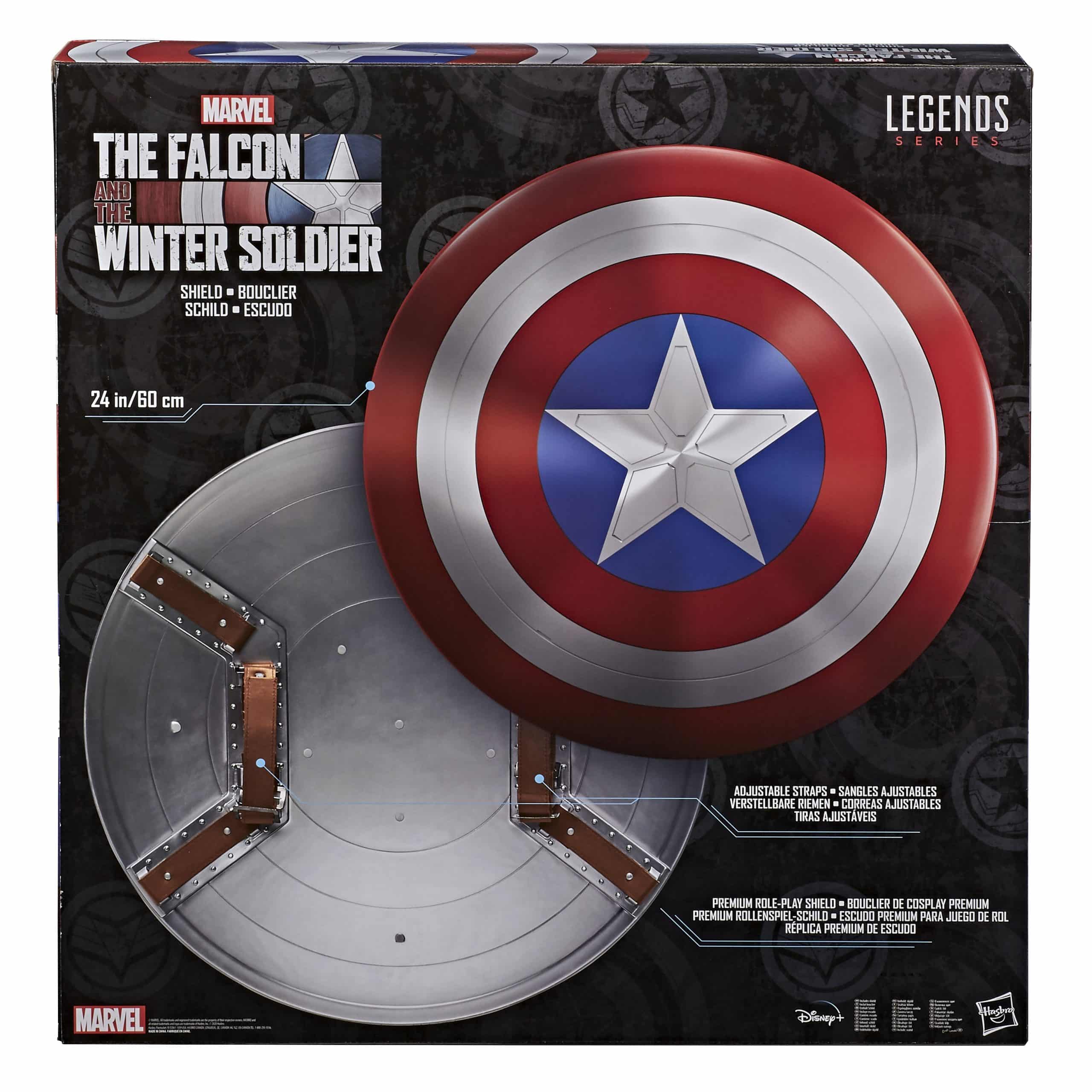 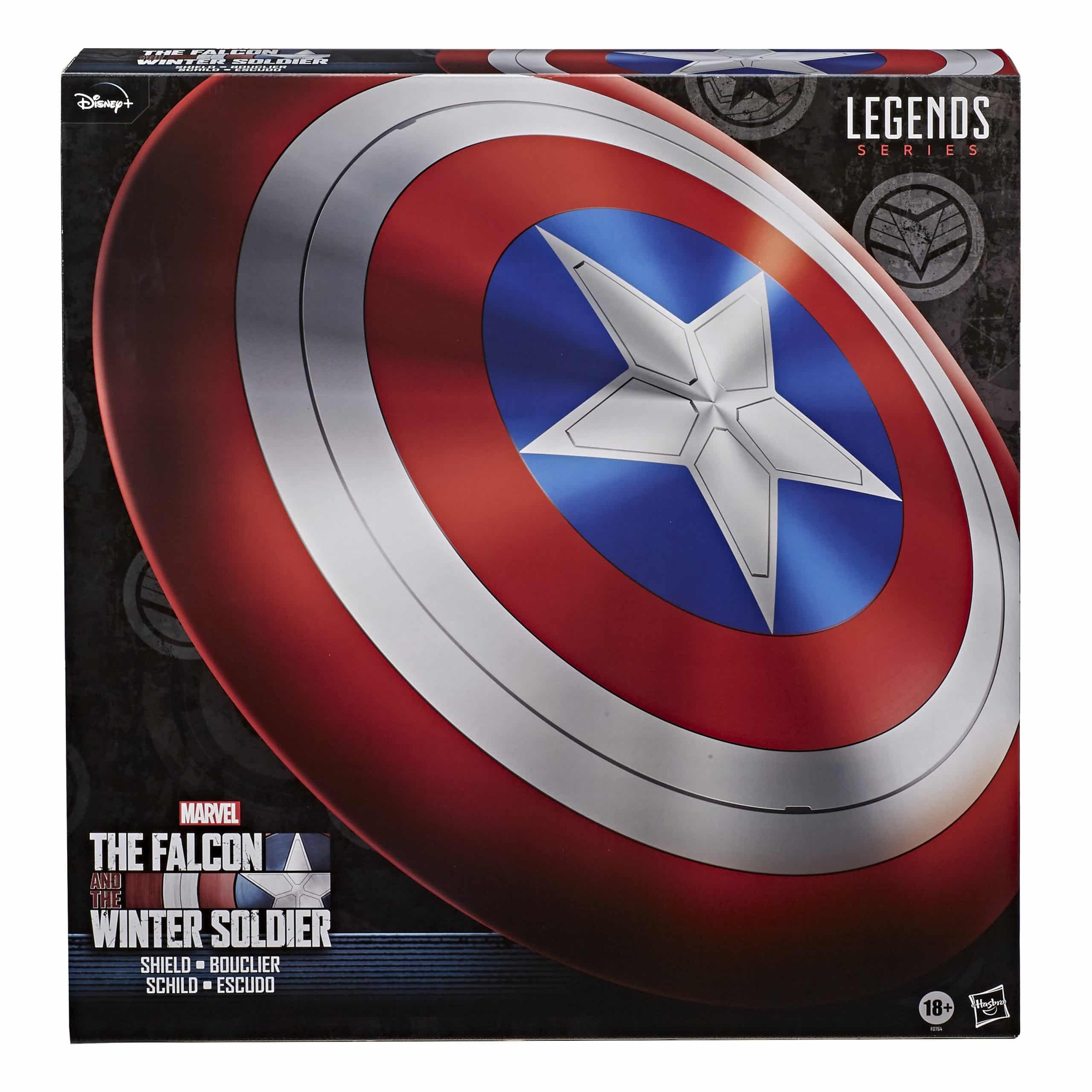 The Falcon and Winter Soldier Captain America shield prop is priced at $119.99 and will be released in  Fall 2020.

You can pre-order the shield now from retailers including Entertainment Earth.

Roger has been a Disney fan since he was a kid and this interest has grown over the years. He has visited Disney Parks around the globe and has a vast collection of Disney movies and collectibles. He is the owner of What's On Disney Plus & DisKingdom. Email: Roger@WhatsOnDisneyPlus.com Twitter: Twitter.com/RogPalmerUK Facebook: Facebook.com/rogpalmeruk
View all posts
Tags: Falcon and winter soldier, Marvel