Following the expansion of the Marvel Cinematic Universe with hit Disney+ shows like “WandaVision” and “The Falcon And The Winter Soldier”, it has been announced that the MARVEL AVENGERS S.T.A.T.I.O.N exhibition is getting an upgrade, to become MARVEL AVENGERS STATION: EVOLUTION!

The exhibit made its debut in New York in July 2014, and has showcased the Avengers worldwide in 25 cities (13 countries) including Paris, London, Las Vegas and soon Tokyo, has attracted millions of fans by allowing them to experience the Marvel Cinematic Universe (MCU) through an immersive exhibition. Now, for the first time ever, this experience has been updated to reflect key moments from all 4 phases of the MCU, including Marvel Studios’ WandaVision, The Falcon and The Winter Soldier, Black Widow and more… 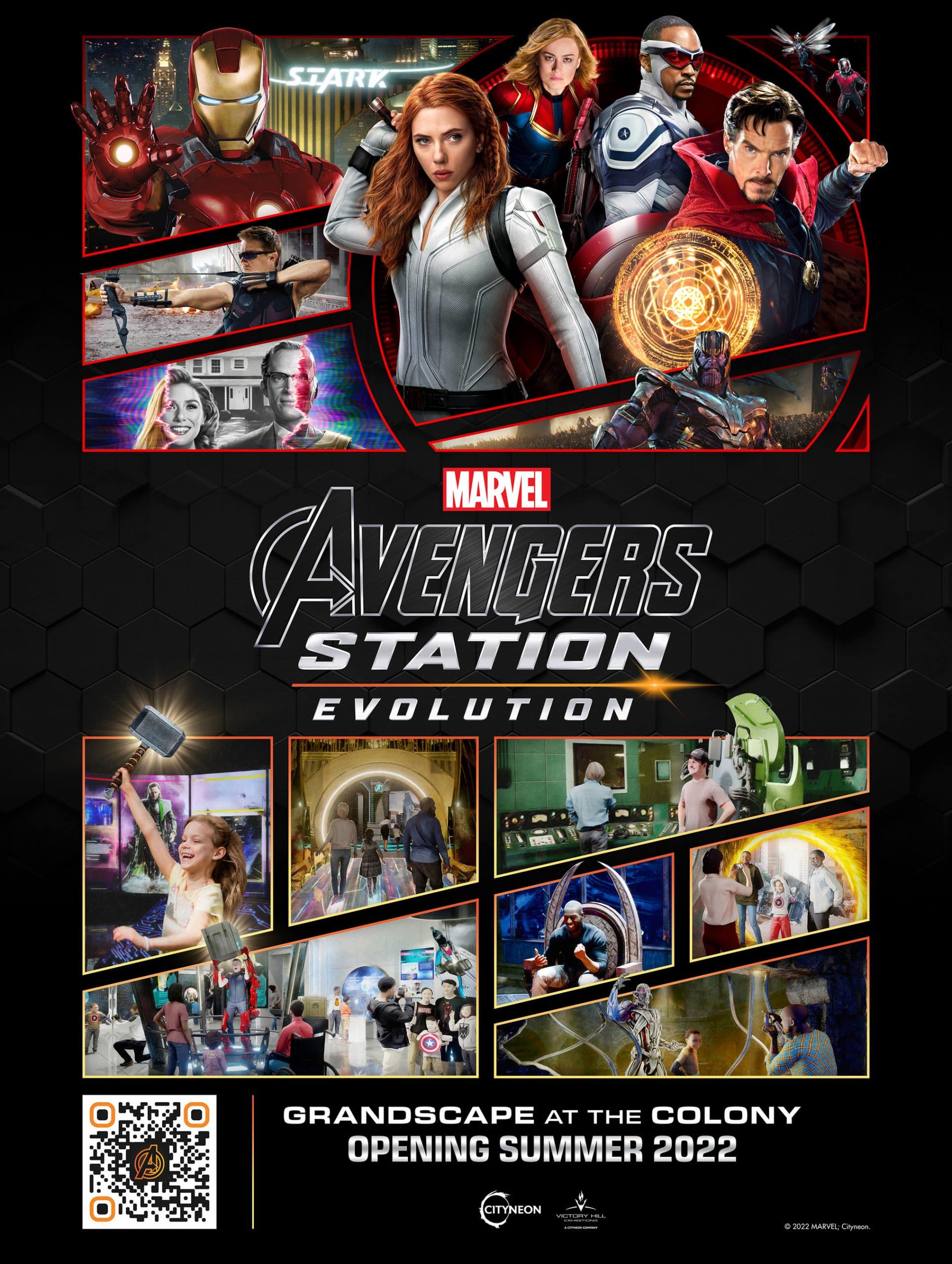 “We are thrilled to launch the World Premiere in Dallas where families will be amazed and entertained as they are immersed in an experience that is unlike anything they have done before.”

The exhibition consists of 7 segments where guests will experience the MCU in a journey through this high-energy facility. Here, they can explore their favorite characters, discover the weapons, vehicles and technologies of the Avengers, learn inspiring real-world science, and experience interactive challenges and simulations. In addition, guests will get an up-close look at original costumes, props and film footage straight from the big screen while surrounded by the landscapes and worlds where these epic stories take place.

Marvel Studios’ Iron Man was released in 2008 and lead the way for the next 22 films that culminated in Marvel Studios’ Avengers: Endgame in 2019. Now, the MCU continues to expand in exciting ways with new series, exclusively on Disney+, that connect to upcoming films. It is safe to say the popularity of the Avengers shows no sign of slowing down for the millions of fans worldwide.