The award season is still in full swing, as at the 26th Annual Screen Actors Guild Awards took place on Sunday. With Avengers: Endgame picked up the award for Outstanding Action Performance by a Stunt Ensemble in a Motion Picture. 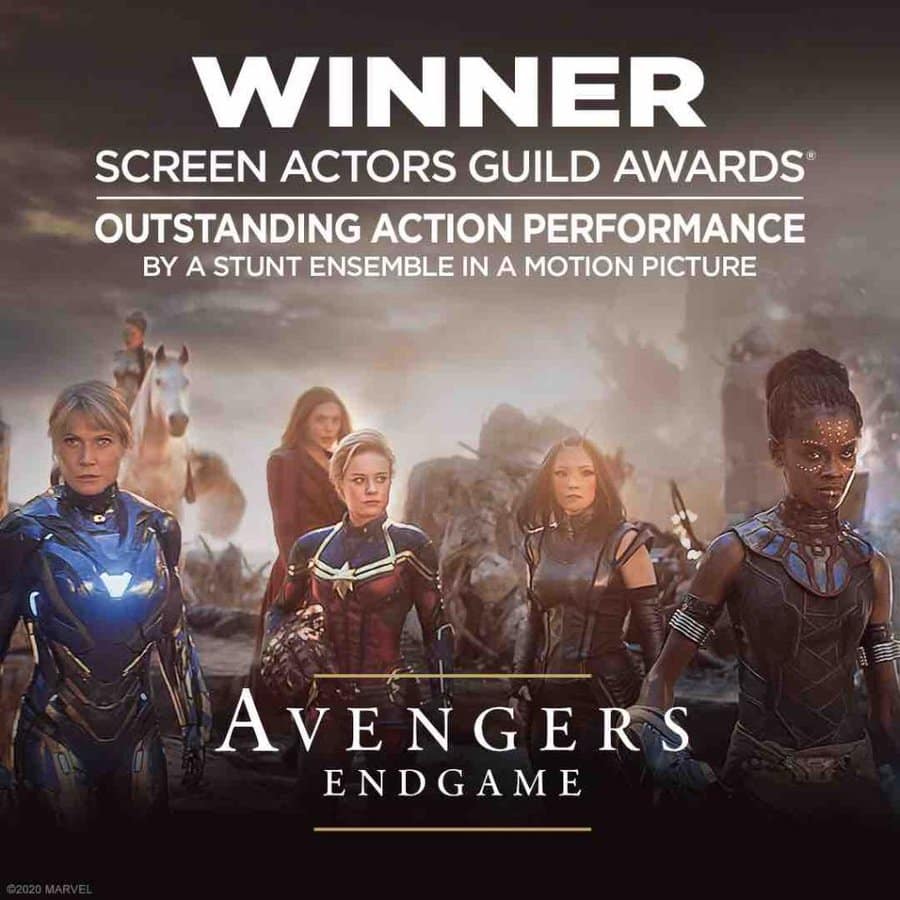 The Stunt Ensemble honors commend work within the stunt community during 2019 and recognize stunt performers and coordinators.

FX also picked up an award as Michelle Williams won the award for the Outstanding Performance by a Female Actor in a Television Movie or Miniseries for her role in “Fosse/Verdon”.

Roger has been a Disney fan since he was a kid and this interest has grown over the years. He has visited Disney Parks around the globe and has a vast collection of Disney movies and collectibles. He is the owner of What's On Disney Plus & DisKingdom. Email: Roger@WhatsOnDisneyPlus.com Twitter: Twitter.com/RogPalmerUK Facebook: Facebook.com/rogpalmeruk
View all posts
Tags: avengers, Marvel, sag