During Marvel Studio’s panel at the San Diego Comic Con, Kevin Feige closed the event with a surprise announcement, that they will be releasing a new movie featuring “Blade”.

Actor Mahershala Ali joined Kevin Feige on the stage and placed a hat on his head with the Blade logo, before that logo was then revealed to the audience. 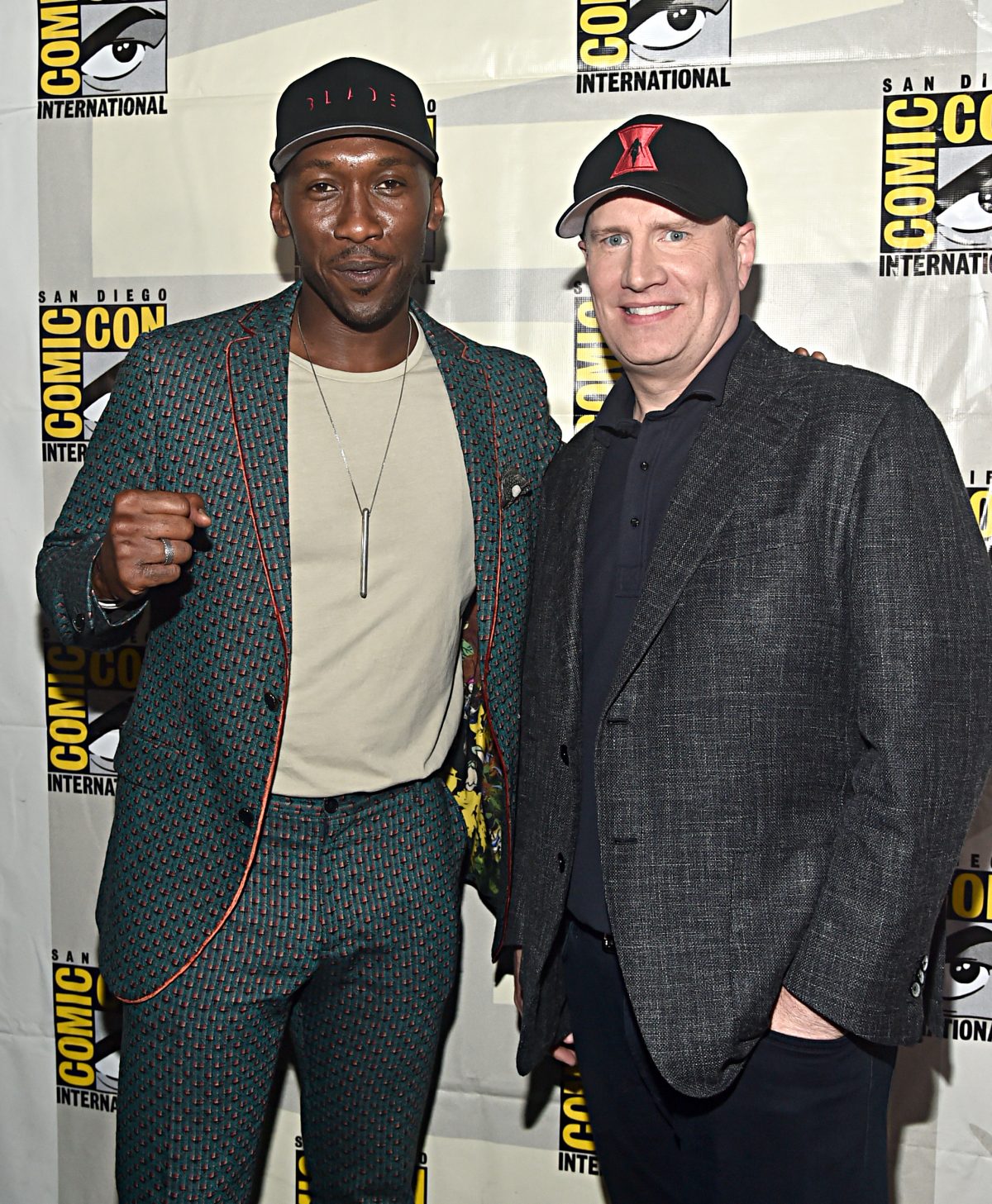 Mahershala Ali has already appeared in the “MCU”, where he played “CottonMouth” in the Netflix series, “Luke Cage”.  Which would seem to indicate that the Netflix Marvel universe is no longer continuing.

This isn’t the first time “Blade” has been on the big screen, Wesley Snipes played the character in the 1998 movie, along with its two sequels.  The character also had its own TV series.

No other details were revealed about the new reboot of “Blade” such as a release date.

Are you excited for a new version of “Blade”?

Roger has been a Disney fan since he was a kid and this interest has grown over the years. He has visited Disney Parks around the globe and has a vast collection of Disney movies and collectibles. He is the owner of What's On Disney Plus & DisKingdom. Email: Roger@WhatsOnDisneyPlus.com Twitter: Twitter.com/RogPalmerUK Facebook: Facebook.com/rogpalmeruk
View all posts
Tags: blade, front, Marvel, sdcc