Earlier this week, we reported that the original 1940’s animated classic, Dumbo, had a warning within its description on Disney+ saying:

“This program is presented as originally created.  It may contain outdated cultural depictions”

But this isn’t the only movie on Disney+ to have this warning, as many other movies from that era have also got the same warning, including: 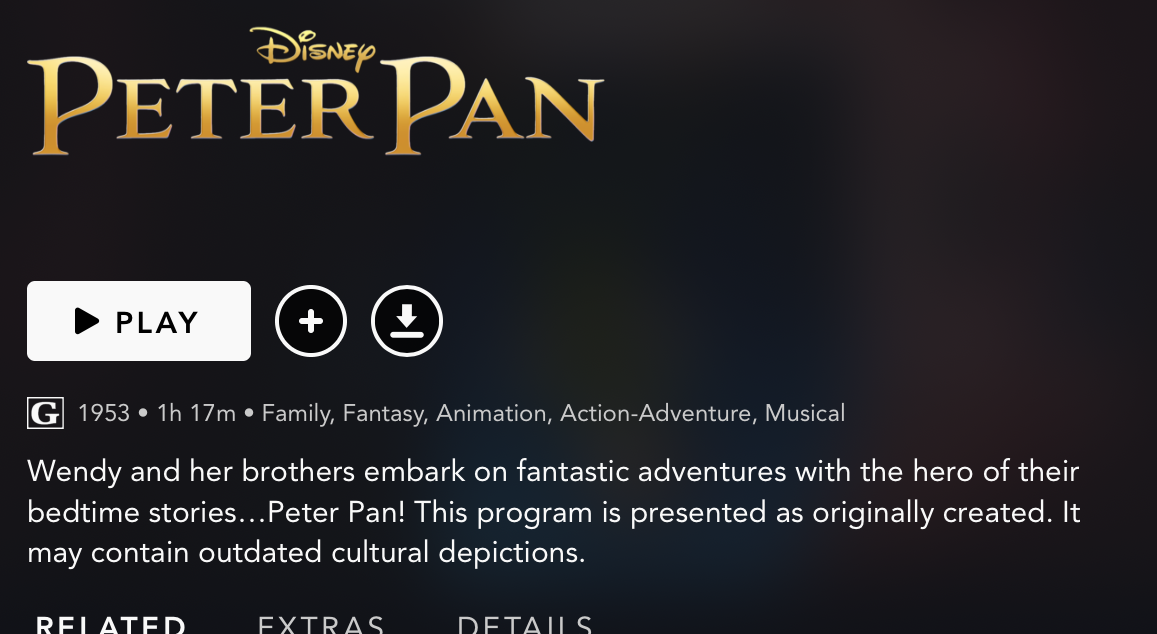 This is similar to how Warner Brothers placed a disclaimer in front of episodes of “Tom and Jerry”, which also haven’t dated well.

What do you think of Disney adding these warnings?