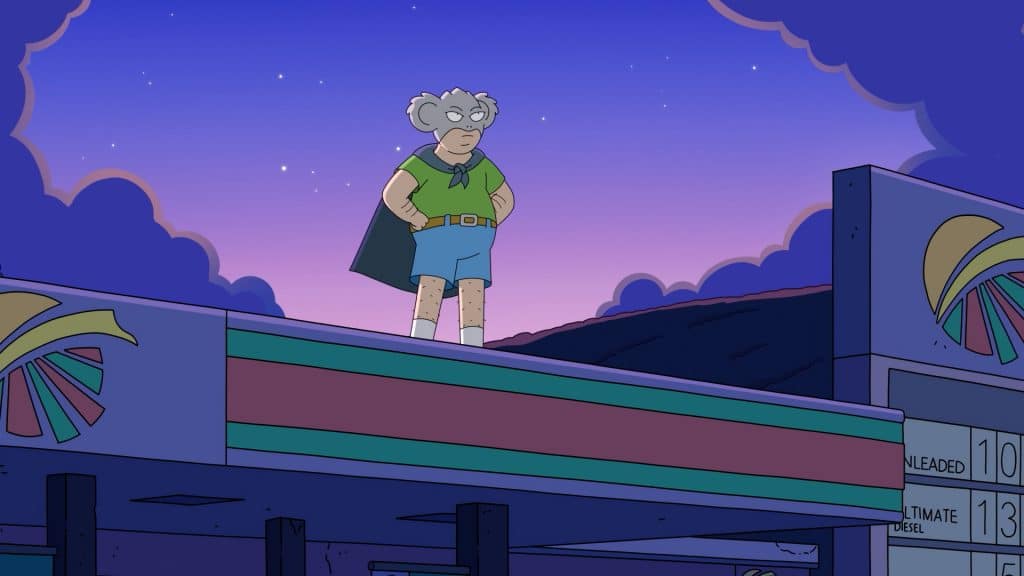 Disney has released a new clip from the upcoming adult animated series, “Koala Man”, which follows middle-aged dad Kevin and his titular not-so-secret identity, whose only superpower is a burning passion for following rules and snuffing out petty crime in the town of Dapto. Though it may seem like any other Australian suburb, forces of evil both cosmic and man-made lie in wait to pounce on unsuspecting Daptonians. On a quest to clean up his hometown, and often roping his frustrated family into his adventures, Koala Man stands at the ready. He’ll do whatever it takes to defeat villainous masterminds, supernatural horrors, or worse: jerks who don’t take their rubbish bins down on the proper days.

The clip features the voice of Michael Cusack as “Koala Man”, with Hugh Jackman,  playing the role of Big Greg.

Also providing their voices to the series are Sarah Snook, Jemaine Clement, Demi Lardner and more. 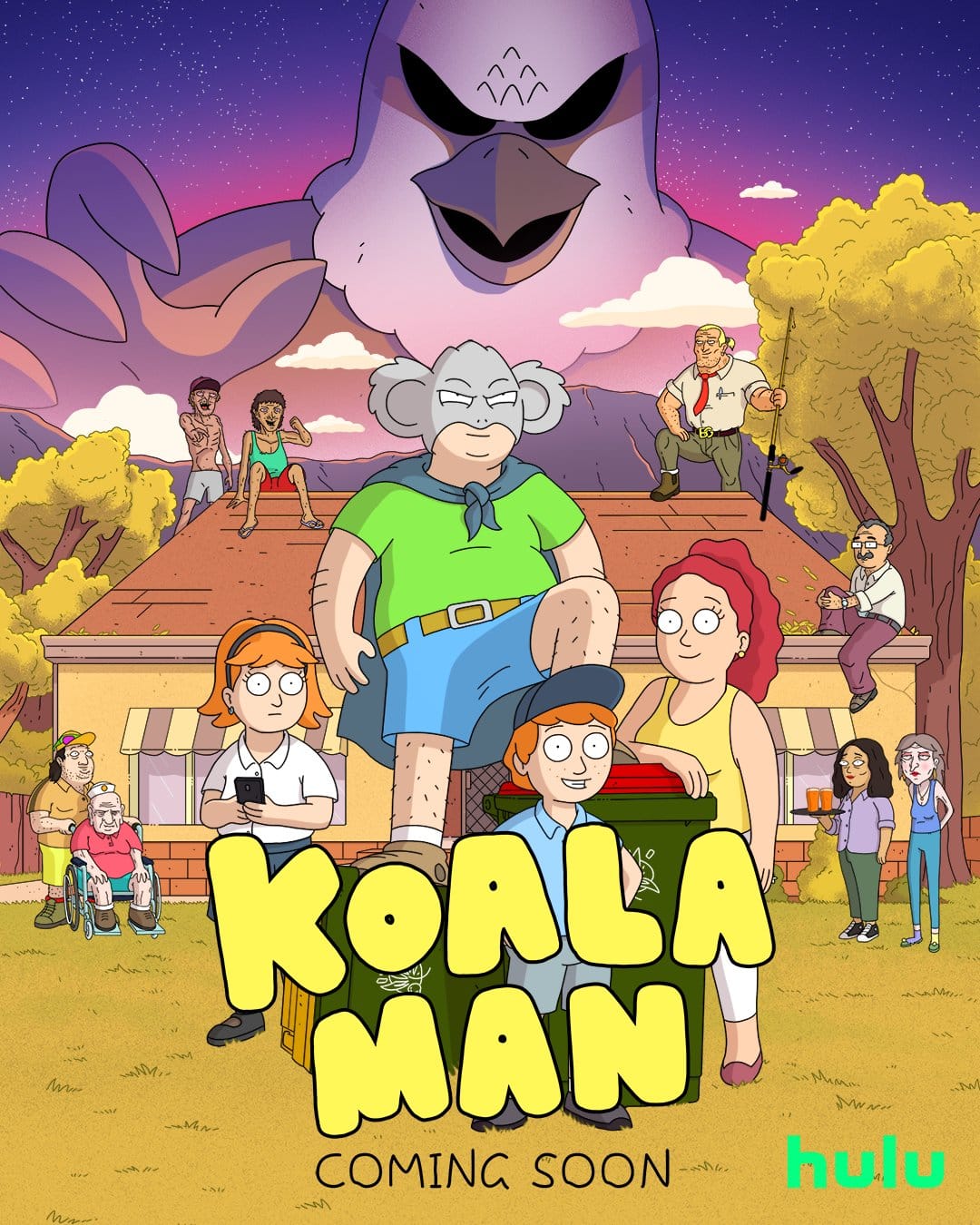 “Koala Man” is produced by 20th Television Animation and will premiere Monday, 9th January, on Hulu in the United States, on Star+ in Latin America and on Disney+ around the world. 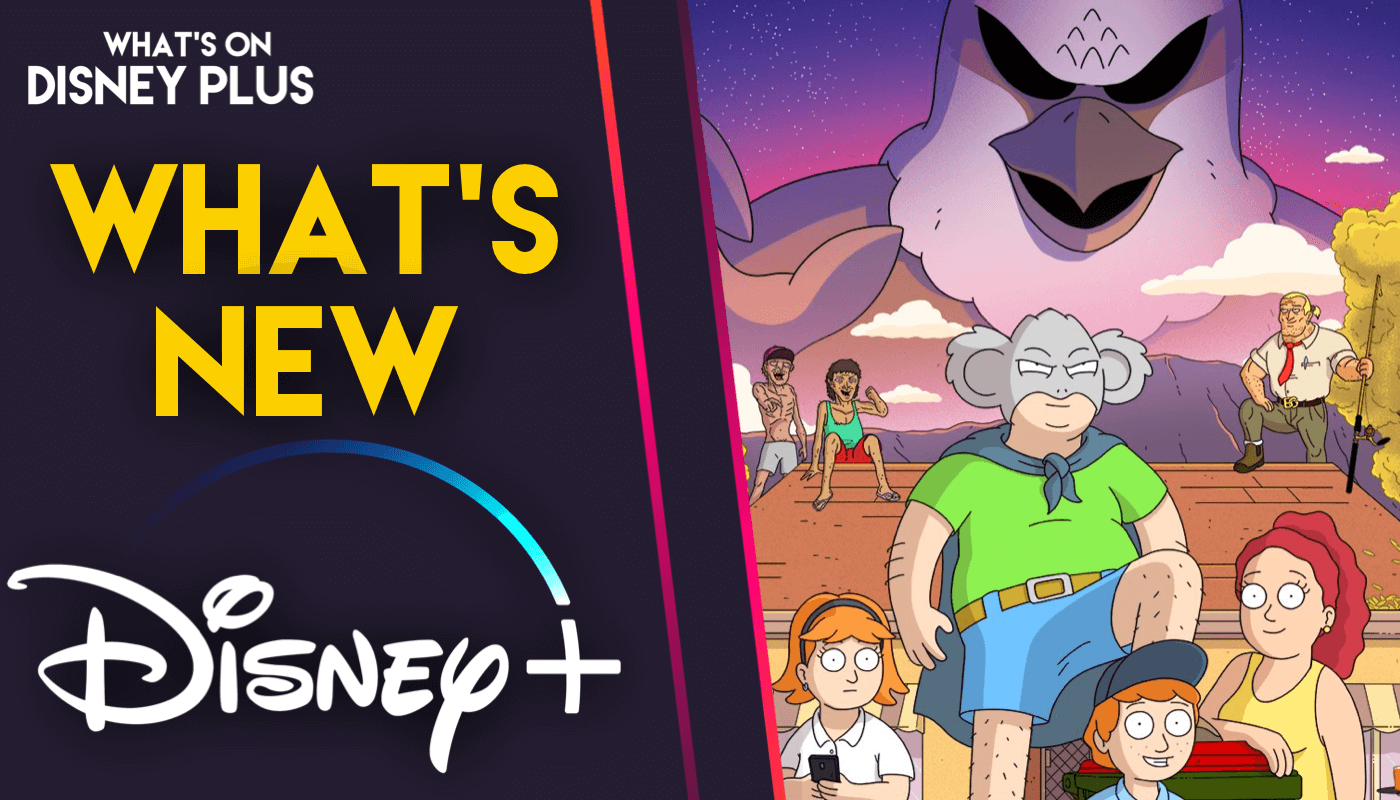