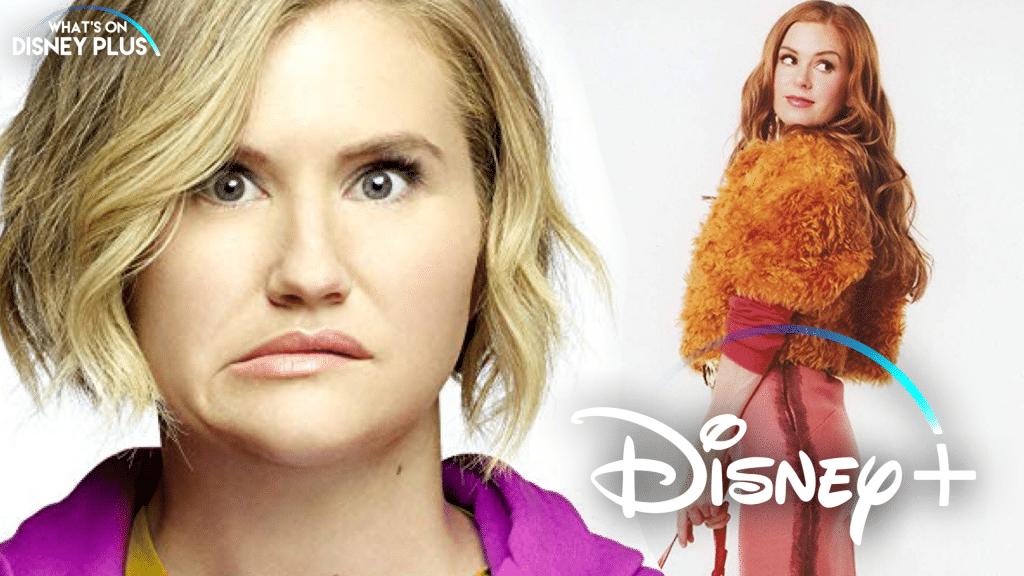 New details on the upcoming Disney+ Original movie “Godmothered” have been revealed by the Hollywood Reporter, which is going to be directed by Sharon McGuire, who previously directed the Bridget Jones movies.

This new Disney+ Original will star Jillian Bell as the young and unskilled Fairy Godmother, that ventures out on her own to prove her worth by tracking down a young girl whose request for help was ignored. What she discovers is that the girl has now become a grown woman, played by Isla Fisher, in need of something very different than a “prince charming.”

The movie will be produced by Justin Springer and Ivan Reitman’s Montecito Pictures, with Kari Granlund and Melissa Stack writing the script.  Production on the film is due to begin later this month in Boston.

Jillian Bell has recently starred in “Brittany Runs A Marathon” and Isla Fisher has starred in movies such “Confessions of a Shopaholic”.

It had been previously reported that the movie has been renamed “Frills”, but it looks like it might be staying as its original title “Godmothered”.

Are you excited for a new Disney+ Original movie about the Fairy Godmother?

Roger has been a Disney fan since he was a kid and this interest has grown over the years. He has visited Disney Parks around the globe and has a vast collection of Disney movies and collectibles. He is the owner of What's On Disney Plus & DisKingdom. Email: Roger@WhatsOnDisneyPlus.com Twitter: Twitter.com/RogPalmerUK Facebook: Facebook.com/rogpalmeruk
View all posts
Tags: cinderella, Godmothered