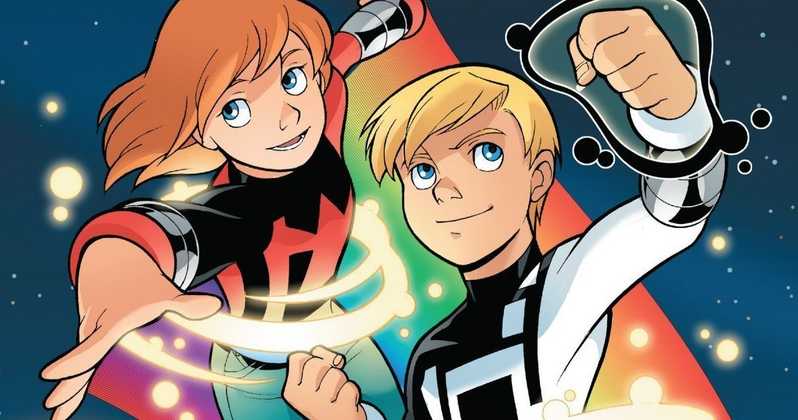 Now that Marvel is almost done with the third phase of the Cinematic Universe, there are many rumors about the next phase of movies and shows that will be Disney+ Originals.

One of the more lesser known Marvel teams is the “Power Pack”, which is a team of superhero kids, that were created by Louise Simonson in 1984.

It was rumored years ago that Marvel was developing a movie featuring the team and that Guardians of the Galaxy Vol. 2 and Captain Marvel executive producer Jonathan Schwartz was behind the project, but nothing has been heard about the film for a while.

“Power Pack is a property that we’ve been interested in for a long time.  For many years because we wanted to do something for families, something that’s a little younger, Ant-Man has kind of become that franchise, certainly with Ant-Man and the Wasp, but Power Pack still is one of the many things that we discuss, wouldn’t it be fun to do someday?”

According to MCUCosmic, a Power Pack project is now in “active development” within Marvel Studios.

It’s not clear if the project is going to be released at cinemas first, or it it will be an original movie or a series for Disney+.  And with this superhero team being children, it would fit with the family friendly vibe of the new streaming service as the original movie was going to be similar to the Spy Kids franchise.

Disney+ is providing Marvel with a unique opportunity to create shows that they couldn’t do with traditional cinema releases, since they will have more time to explore the characters.

Would you like to see a movie or series based on Marvel’s Power Pack on Disney+?

Roger has been a Disney fan since he was a kid and this interest has grown over the years. He has visited Disney Parks around the globe and has a vast collection of Disney movies and collectibles. He is the owner of What's On Disney Plus & DisKingdom. Email: Roger@WhatsOnDisneyPlus.com Twitter: Twitter.com/RogPalmerUK Facebook: Facebook.com/rogpalmeruk
View all posts
Tags: front, Marvel, power pack