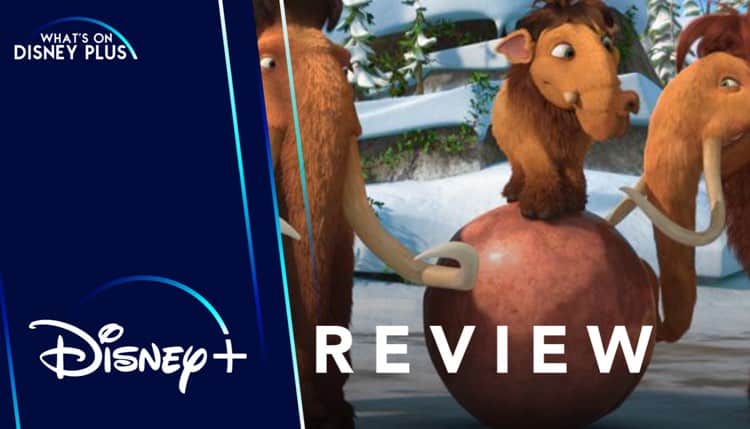 When Sid accidentally destroys Manny’s Christmas rock and learns about Santa’s naughty list, he heads out with Manny’s daughter, Peaches, and a pair of opossums, Crash and Eddie, to find Santa and get off the naughty list in “Ice Age: A Mammoth Christmas.” Along the way, they meet a flying reindeer named Prancer, accidentally destroy Santa’s sleigh and join together to help fix Christmas and introduce Santa to a way to deliver gifts to all the children of the world.

While Disney has been the top of the mountain when it comes to animation, this special, and the other “Ice Age” movies, from Blue Sky Studios really stands out and actually competes with Disney in the animation department. I know Disney owns it now, but in 2011 when this was released, this had to try to compete and “Ice Age” was where Blue Sky really shined. These are genuinely funny movies and specials that are also a lot of fun.

My favorite part of this special is when Prancer returns with his family to help Santa fly the sleigh that was too heavy to truly move on snow. He arrives with the other seven flying reindeer and Blitzen shows Crash and Eddie who is boss when they make fun of his name. It’s a funny moment that while predictable still made me laugh out loud. I don’t know if Disney plans to revisit any of the “Ice Age” characters now that they own Blue Sky Studios, but I would love to see them return for more holiday specials. I would love to see them make a Halloween special. This is one of my favorite voice casts for an animated special. Ray Romano, John Leguizamo, and Dennis Leary have always been what drives the “Ice Age” films and I love what they do here. And, while T. J. Miller’s issue are certainly well documented, I enjoy him as the voice of Prancer. It would be really cool to see who else they could get to voice a new character if there is another special, but for now, I’m happy with this one.

Of the two specials I watched for the first time this year, I liked this one the best. The characters are fun. I laughed a lot. This special made me wish I had watched it 10 years ago when it first came out. And, it makes me hope that Disney will continue the characters in some way.

What did you think of “Ice Age: A Mammoth Christmas?”

Jeremy has been a big Disney fan since he was a kid growing up during the Disney Renaissance. One day he hopes to go to every Disney Park in the world.
View all posts
Tags: A Mammoth Christmas, blue sky studios, Christmas, disney, ice age, review