“I Am Groot: Magnum Opus” Short To Preview Early At The El Captain Theatre

What's On Disney Plus > Blog > Brands > Marvel > “I Am Groot: Magnum Opus” Short To Preview Early At The El Captain Theatre

“I Am Groot: Magnum Opus” Short To Preview Early At The El Captain Theatre

The next Marvel Studios project to arrive on Disney+ is the short series, “I Am Groot”, which will hit the streaming service on August 10th.

“I Am Groot” is a collection of five original shorts starring Baby Groot, everyone’s favorite little tree, and will feature several new and unusual characters. All five shorts will be available for viewers to watch upon launch.

Vin Diesel, who is the voice of Groot in the “Guardians of the Galaxy” franchise, is the voice of Baby Groot. The writer/director is Kirsten Lepore, and the executive producers are Kevin Feige, Louis D’Esposito, Victoria Alonso, Brad Winderbaum and James Gunn.

For those Marvel fans who want to see an episode a little earlier, the El Capitan Theatre will be exclusively playing the all-new Marvel Studios’ I Am Groot short “Magnum Opus” before the 4:15pm showings on July 18 & 19, and the 1pm showings July 20-24 of “Thor: Love and Thunder”. 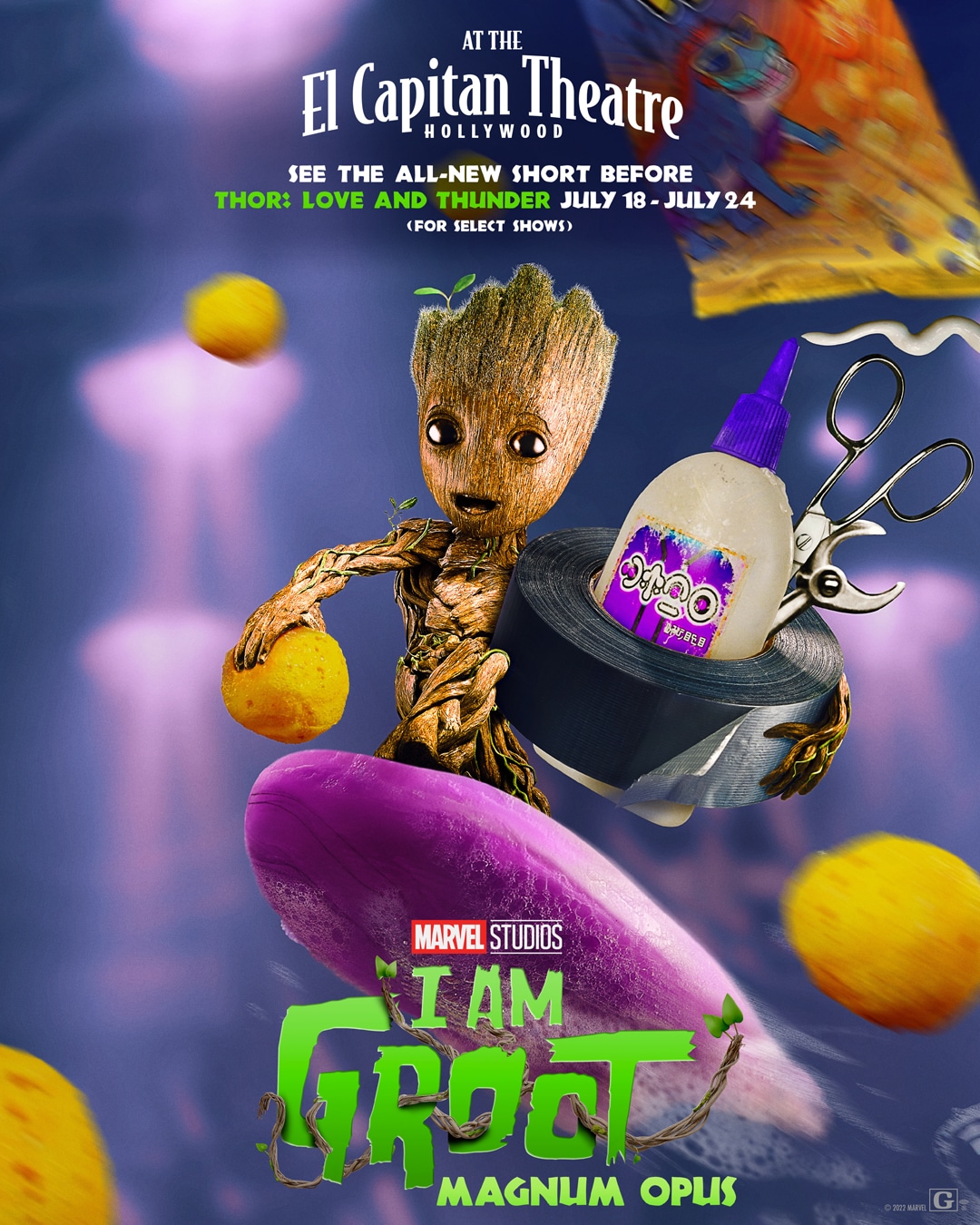