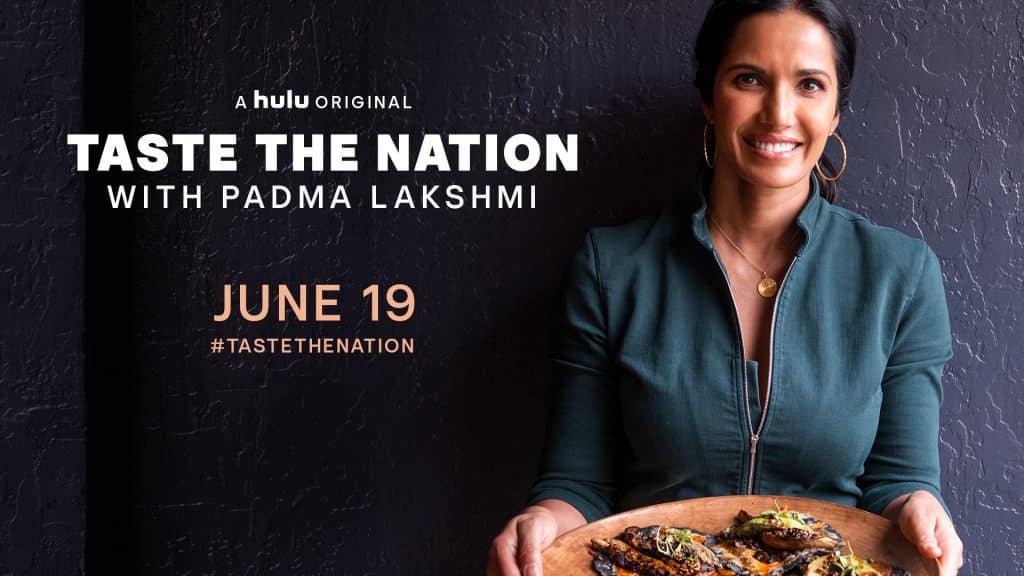 As part of “National Streaming Day”, Disney has release a trailer for the upcoming series, Taste the Nation with Padma Lakshmi, which is coming to Hulu on June 19th 2020.

In Taste the Nation, award winning cookbook author, host and executive producer Padma Lakshmi, takes audiences on a journey across America, exploring the rich and diverse food culture of various immigrant groups, seeking out the people who have so heavily shaped what American food is today. From indigenous communities to recent immigrant arrivals, Padma breaks bread with Americans across the nation to uncover the roots and relationship between our food, our humanity and our history – ultimately revealing stories that challenge notions of identity, belonging, and what it means to be American.

Are you looking forward to tasting the nation?