Disney has announced details on this year’s “Pride Never Stops” campaign, which will include livestreams of LA and NYC Pride Parades, a first for the platform, and highly-anticipated premieres of Fire Island, Glee, Mormon No More, Wildhood, and more

In 2019, Hulu launched its “Pride Never Stops” campaign as a commitment to celebrating and amplifying LGBTQIA+ voices year-round. This year, in honor of Pride Month, the streaming platform continues that tradition by finding new and unique ways to elevate LGBTQIA+ stories and events as well as the incredible artists behind them.

As Hulu continues to diversify its live content offerings, for the first time ever, the platform will livestream both the Los Angeles and New York City Pride Parades to all Hulu subscribers. Now, you don’t have to be in one of those two major cities in order to experience the joy and festivities of these iconic events. Both parades will be available via the “Pride Never Stops” hub, and remain viewable on Hulu for 30 days after their respective livestreams.

· The Los Angeles Pride Parade returns in person to Hollywood! The parade will have numerous surprise celebrity hosts and appearances alongside KABC’s Ellen Leyva, Karl Schmid, Christiane Cordero and Eric Resendiz. The event will livestream on Hulu on Sunday, June 12 from 11:00am – 1:00pm PT.

· The NYC Pride March will livestream on Hulu on Sunday, June 26 from Noon – 3:00pm ET, and will be hosted by WABC’s Ken Rosato, Lauren Glassberg and Sam Champion. The NYC Pride March will have surprise celebrity appearances and honorable mentions as the celebration makes its way down 5th Avenue and past the Stonewall National Monument, plus will feature live music and in-depth profiles of people who have made a difference in the community.

Hulu’s “Pride Never Stops” hub will continue to showcase a diverse library of series and films, filled with LGBTQIA+ favorites like Pose, First Day, Changing The Game, Ignorant Angels, Will & Grace, Kissing Jessica Stein, and The Family Law, as well as several highly-anticipated premieres including:

· June 1: Glee (seasons 1-6) – A musical comedy about a group of ambitious and talented young adults in search of strength, acceptance and, ultimately, their voice. Over six years the critically-acclaimed, award-winning series followed a dynamic group of high school students from the halls of McKinley to the streets of New York City, as they embarked on life after high school. 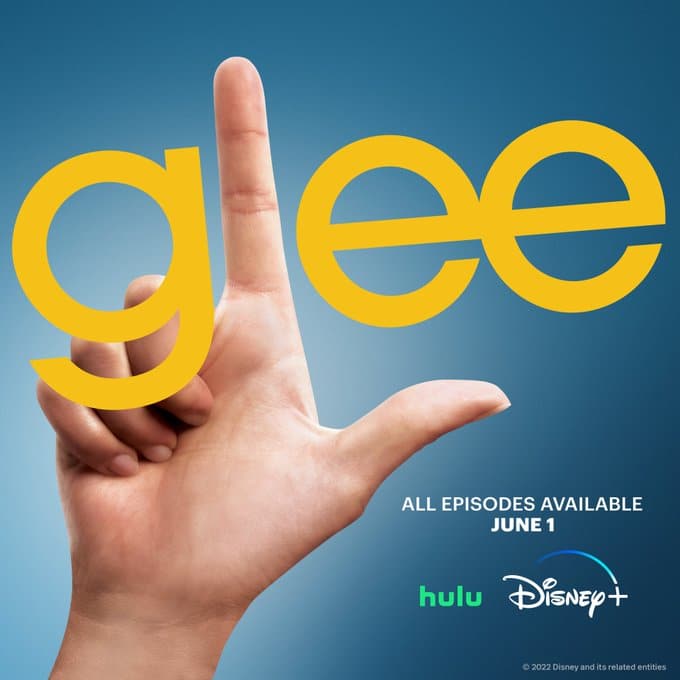 · June 3: Fire Island – Fire Island is an unapologetic, modern day rom-com set around two best friends (Joel Kim Booster and Bowen Yang) who gather in the iconic vacation spot to have a legendary summer in gay paradise with their cadre of eclectic friends and chosen family.

· June 7: Vida seasons 1 & 2 – A half-hour drama series focusing on two Mexican-American sisters from the Eastside of Los Angeles who couldn’t be more different or distanced from each other. Circumstances force them to return to their old neighborhood, where they are confronted by the past and surprising truth about their mother’s identity.

· June 15: Love, Victor season 3 – The third and final season finds Victor going on a journey of self-discovery – not only deciding who he wants to be with but, more broadly, who he wants to be. With their post-high school plans looming, Victor and his friends are faced with a new set of problems they must work through to make the best choices for their futures.

· June 24: Mormon No More – An ABC News docu-series following two married Mormon moms who fall in love and leave the faith. How will they navigate telling their husbands, families, and the church? What will it be like to co-parent their combined seven children with their ex-husbands? In their journey, we meet other Mormon and ex-Mormon LGBTQIA+ allies who wrestle with the church’s doctrines prohibiting same-sex relationships which could result in expulsion from the church.

· June 24: Wildhood – This coming-of-age LGBTQIA+ drama takes place in a rural east-coast trailer park, where Link (Phillip Lewitski) lives with his toxic father and younger half-brother Travis (Avery Winters-Anthony). When Link discovers his Mi’kmaw mother could still be alive, it lights a flame and they make a run for a better life. On the road, they meet Pasmay (Joshua Odjick), a pow wow dancer drawn to Link. As the boys journey across Mi’kma’ki, Link finds community, identity and love in the land where he belongs.

· Wildhood will have a one-week theatrical run at the Lumiere Music Hall in Beverly Hills, beginning on June 17, ahead of the film’s premiere on Hulu.

What are you looking forward to watching on Hulu in June?