Disney’s Hulu has announced the streaming lineup schedule for the Bonnaroo 2022 festival, which is taking place from today in Manchester, Tennessee.  The festival includes artists like Flume, Gryffin, Illenium and more.

Last month, Hulu announced that it would serve as the official streaming destination for three of C3 Presents’ biggest music festivals – Bonnaroo, Lollapalooza, and Austin City Limits Music Festival – in both 2022 and 2023. 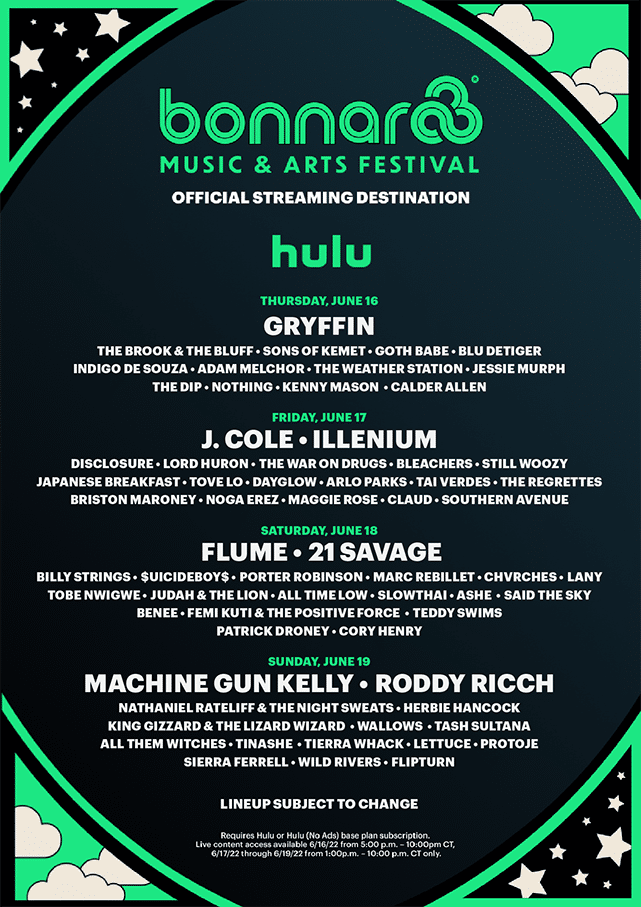 Two different live feeds will be available Friday through Sunday, with one feed for the Thursday shows.

Will you be checking out the live feed on Hulu this weekend?

Roger has been a Disney fan since he was a kid and this interest has grown over the years. He has visited Disney Parks around the globe and has a vast collection of Disney movies and collectibles. He is the owner of What's On Disney Plus & DisKingdom. Email: Roger@WhatsOnDisneyPlus.com Twitter: Twitter.com/RogPalmerUK Facebook: Facebook.com/rogpalmeruk
View all posts
Tags: bonnaroo, hulu