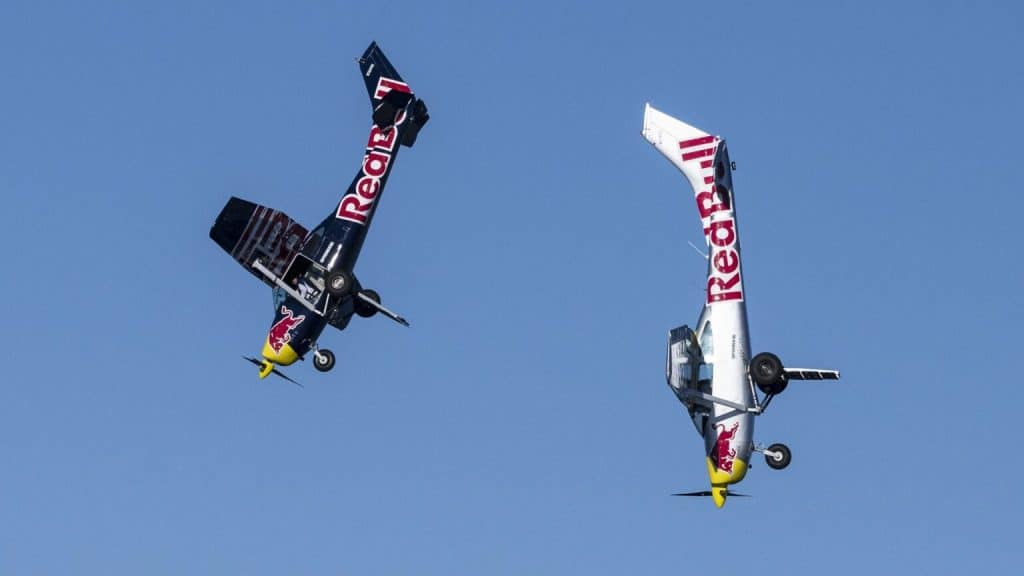 Red Bull has revealed that Hulu will be the exclusive US live streaming partner of the upcoming Planet Swap event, which is taking place at 4 pm PT on Sunday 24th April 2022.

In Red Bull’s Plane Swap event,  skydivers and pilots Luke Aikins and Andy Farrington — each piloting single-seat Cessna aircrafts to 14,000 feet in the skies over Arizona — will put their planes into a vertical nosedive. They’ll then jump out in midair at 140 mph (leaving the cockpits empty) and attempt to skydive into each other’s planes as they hurtle toward the ground.

The Plane Swap stunt required the development of a purpose-built airbrake system installed on the aircrafts’ belly, designed to control aerodynamic stability. Aikins and Farrington worked with aeronautical engineer Dr. Paulo Iscold, who served as lead engineer on the project. Once engaged, the airbrakes will ensure the planes maintain a relatively controlled terminal velocity in nosedive that closely matches the speed of the skydivers’ descent.

In a statement to Variety, Luke Aikins said :

“Plane Swap is the natural progression and culmination of my life’s work as a professional, both in the air as a pilot and skydiver and on the ground as an innovator.  It’s the pinnacle of my career, and my goal is to inspire the world and show that anything is possible.”

Disney has been ramping up its live content on Hulu, with a variety of sports programming, plus events like Lollapalooza 2021 and the New Year’s Eve Ball Drop.

Will you be checking out this plane swap live stream on Hulu?