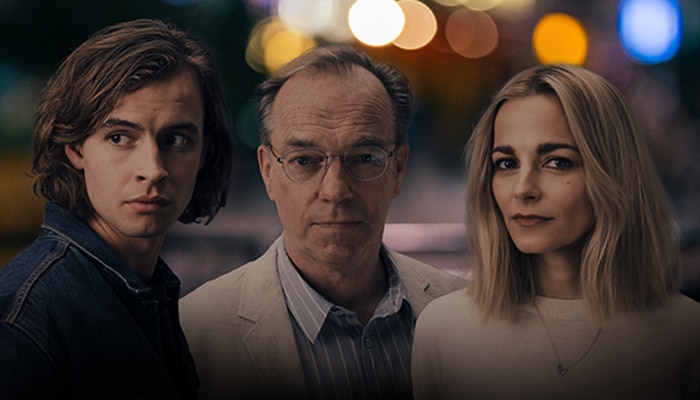 Disney has acquired the US distribution rights to the Australian drama series, “Love Me”, which will be released on Hulu on Friday 1st April 2022.

“Love Me” reveals how love can appear at the most inconvenient of times, as it does for Clara, Glen and Aaron, who find themselves at an emotional crossroads following an unexpected event that changes their lives forever.

The Mathiesons have it all. As Glen, his daughter Clara and son Aaron reel from the shock death of Christine, they are all struggling to deal with their hurt in different ways. Glen is stalked by the loss of his wife, and the guilt he carries with him. Clara’s in a state of emotional ambivalence – the years of a fraught mother/daughter relationship have left damaging scars. Then there’s Aaron – he’s genuinely hurt. And unsure why the others aren’t seemingly as sad.

The six-episode series is produced by Warner Bros International Television Australia for the Foxtel group. And has been was written by Alison Bell, Leon Ford, Adele Vuko and Blake Ayshford and directed by Emma Freeman (Stateless).

“Love Me is truly a drama for our time. We’re delighted this emotional and life-affirming series has found an excellent home on Hulu.”

“Love Me has resonated extremely well with audiences across Australia, and we’re excited for the international market to get a taste of this wonderful series, starting with Hulu, who are such a powerhouse in strong, character-driven drama.”

Are you looking forward to “Love Me” arriving on Hulu on Friday 1st April 2022.

Roger has been a Disney fan since he was a kid and this interest has grown over the years. He has visited Disney Parks around the globe and has a vast collection of Disney movies and collectibles. He is the owner of What's On Disney Plus & DisKingdom. Email: Roger@WhatsOnDisneyPlus.com Twitter: Twitter.com/RogPalmerUK Facebook: Facebook.com/rogpalmeruk
View all posts
Tags: hulu, love me