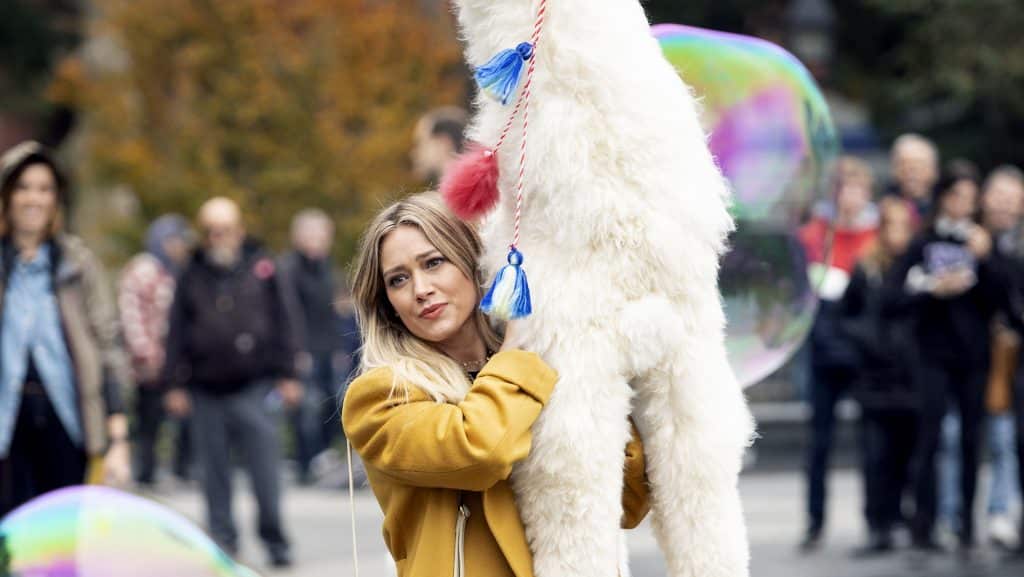 One of the most eagerly awaited series to be announced for Disney+ was the revival of “Lizzie McGuire”, but sadly the series suffered from creative differences between the creators, cast and executives.

This Disney+ original series was going to pick up when Lizzie McGuire was just about to turn 30. She seemingly has it all – her dream job as an assistant to a fancy New York City decorator, her dream guy and a picturesque Brooklyn apartment – but things aren’t always as they seem. With a little help from her friends, her loving family and her 13-year-old alter-ego in animated form, Lizzie navigates the ups and downs of adulthood.

In late 2019, the first two episodes of the new show were filmed in New York, but filming was halted when the original “Lizzie McGuire” series creator Terri Minsky left the project due to creative differences. Filming was put on hold and then the pandemic hit, causing more delays. Though we did get to see a few seconds of the series in the 2020 highlights video, however, those episodes were never to be released.

Hilary Duff eventually went public with her frustrations with the creative decisions being made at Disney. Even asking them to move it to Hulu because “I’d be doing a disservice to everyone by limiting the realities of a 30-year-old’s journey to live under the ceiling of a PG rating.”

Unfortunately, the executives and creative forces behind this series just couldn’t get onto the same page and the revival was cancelled. Ironically, since the show was cancelled, Disney+ has shifted its family-friendly focus internationally, though, in the US, Disney+ is still limited with its content for adults.

“She had to be 30 years old doing 30-year-old things.  She didn’t need to be doing bong rips and having one-night stands all the time, but it had to be authentic. I think they got spooked.”

While the “Lizzie McGuire” reboot never went any further, Hilary Duff has recently starred in the Hulu/Star Original series, “How I Met Your Father”, which has recently been renewed for a second season.

The original “Lizzie McGuire” series is available to stream now on Disney+.

Would you have liked to have seen a “Lizzie McQuire” revival?

Roger has been a Disney fan since he was a kid and this interest has grown over the years. He has visited Disney Parks around the globe and has a vast collection of Disney movies and collectibles. He is the owner of What's On Disney Plus & DisKingdom. Email: Roger@WhatsOnDisneyPlus.com Twitter: Twitter.com/RogPalmerUK Facebook: Facebook.com/rogpalmeruk
View all posts
Tags: disney, lizzie mcquire