Lin-Manuel Miranda provides a modern take on one of the Founding Fathers of the United States of America in “Hamilton.” This play has taken Broadway by storm and has led to many Tony awards. There have been calls for years to make this play for easily available to the masses, and Disney+ made it happen with this recording of one of the performances.

This is quite the unique take on who has become the seemingly forgotten Founding Father, Alexander Hamilton. Miranda provides his unique rapping style to turn Hamilton’s life story into a musical. We see Hamilton during the American Revolution, during his tenure as the first Secretary of the Treasury, following the disgraceful ending to his political career and right up until his endorsement of his political adversary, Thomas Jefferson, leading to the duel with Vice President Aaron Burr that ended Hamilton’s life. Hamilton created our federal financial system as we know it. We hear the stories of Washington, Jefferson, John and Samuel Adams and Revere, but we hardly saw anything about Hamilton before this play.

I’m not the biggest fan of rap music or rap musicals, but I enjoyed the music. Miranda is an immensely talented musical writer and it shines in the songs of this film. But, you have to actually know colonial history and the early days of the American Republic to truly appreciate the content. There’s amazing performances by the men and women who portrayed many of the most important figures in American history including George Washington, Thomas Jefferson, James Madison, Aaron Burr, King George and Eliza Hamilton. 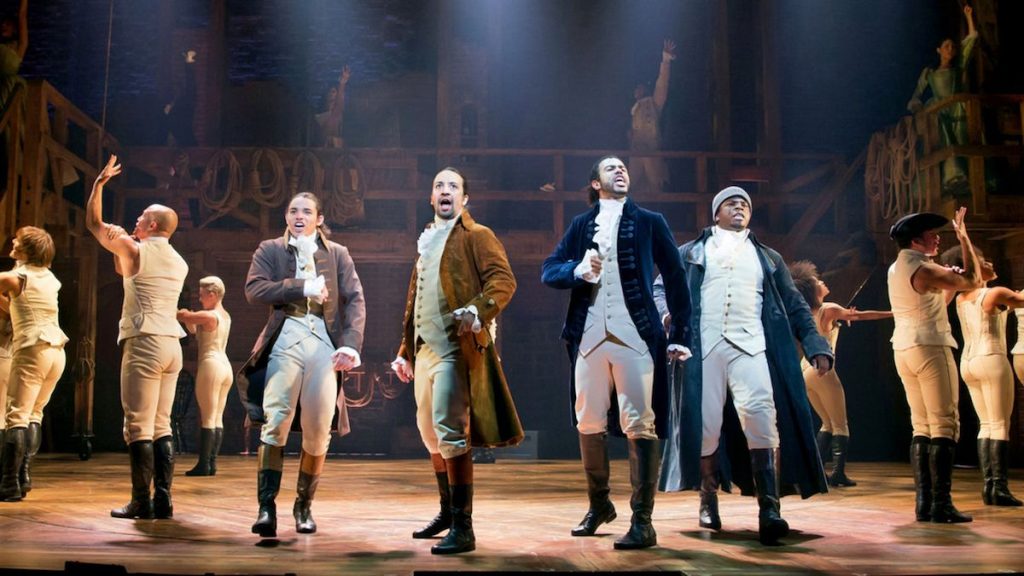 There is a flaw with this presentation that can’t be helped. Watching on TV, instead of being in attendance at a live show, removes some of the enjoyment from the experience. I believe seeing it in person would bring the viewer into the ultimate “Hamilton” experience. The audience is on the ride together and will appreciate it all together. Watching it on a TV brings all the content, but it can’t provide the live audience experience. During this pandemic, with so many shows shut down completely, there’s nothing we can do about that. This is our best option to share the musical right now, but the next time I watch “Hamilton,” I would rather see it in person than on TV. I’m definitely not watching this on TV again, but I’m hopeful I can attend a show in the future. Although I still say “Hamilton” tickets should only cost $10, thematically speaking.

It was an enjoyable show. It’s better than plenty of other musicals I’ve seen. It’s a lot better than that attempt to turn the iconic “Cats” musical into a movie. It’s intricate and detailed. I can see why it took Miranda seven years to write it. But, at the same time, it’s not the best musical I’ve ever seen. I understand why it had so much hype, but as with most things that receive the hype “Hamilton” did, it was a little too much hype. However, that’s not the fault of “Hamilton” but of the hype machines.

It would probably be higher if I saw it in person, but I can only give the TV version 3 stars. But, what did you think of “Hamilton?”

Jeremy has been a big Disney fan since he was a kid growing up during the Disney Renaissance. One day he hopes to go to every Disney Park in the world.
View all posts
Tags: disney, Hamilton, review