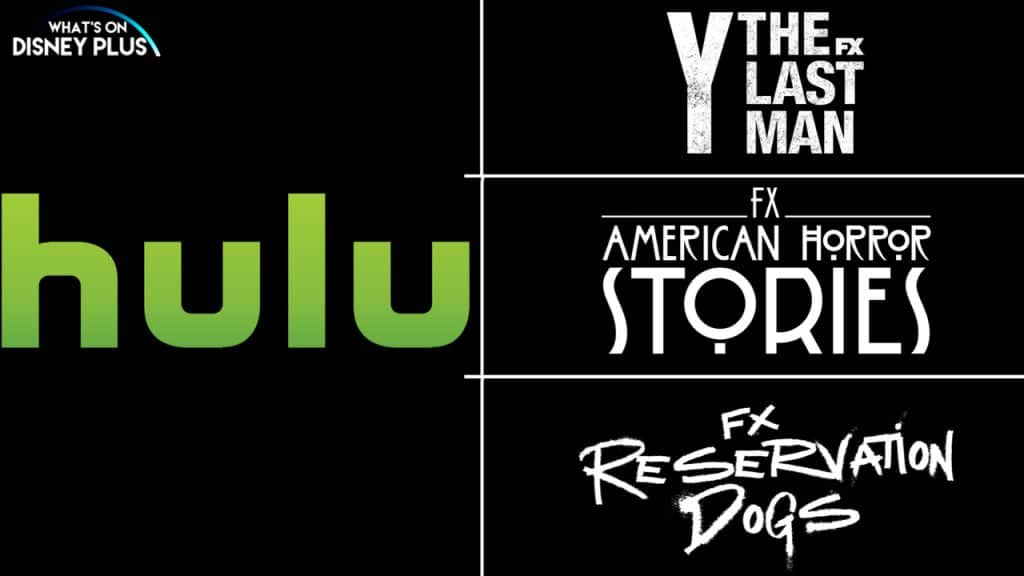 FX has announced its upcoming summer lineup which includes the return of hit series, the latest instalments of signature franchises and the debut of four new series.

These premiere release dates apply to FX, FXX or exclusively on FX on Hulu. Many of these shows will also be coming to Disney+ internationally as Star Originals including the brand new shows, “American Horror Stories”, “Y: The Last Man” and “Reservation Dogs”. While returning shows generally have pre-existing contracts which might delay them coming to Disney+.

The premiere dates are as follows: 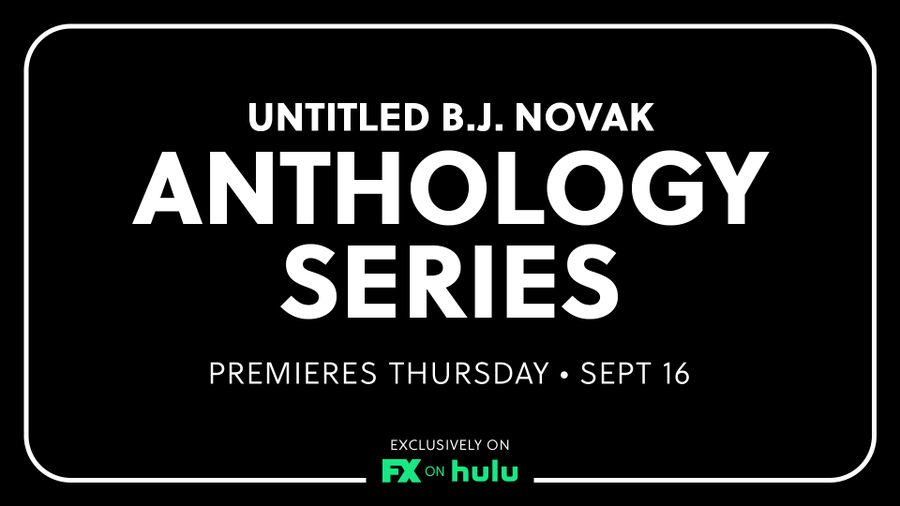 Untitled B.J. Novak Anthology Series Debuts with the First Two of Its Five Episodes on Thursday, September 16 Exclusively on FX on Hulu

B.J. Novak’s untitled series is a daring and ambitious new half-hour anthology series about people figuring out timeless moral questions in unprecedented times. Choosing art instead of argument to engage with the most relevant issues of our times, it’s sure to be a conversation starter.

Hosted by Novak, alongside an exceptional roster of next generation talent as his guest collaborators, each standalone episode explores the biggest questions of our modern era. Gun control, identity, social justice, sex, capitalism, revenge, love, fame, social media – no topic is off limits. Combining a searching philosophical spirit with provocative concepts, and marrying bold comedic ideas with even bolder dramatic performances, it creates a new tone for a new time. The series takes the topics we text about privately and brings them into the open, delivering three-dimensional, character-driven stories with humor and heart. 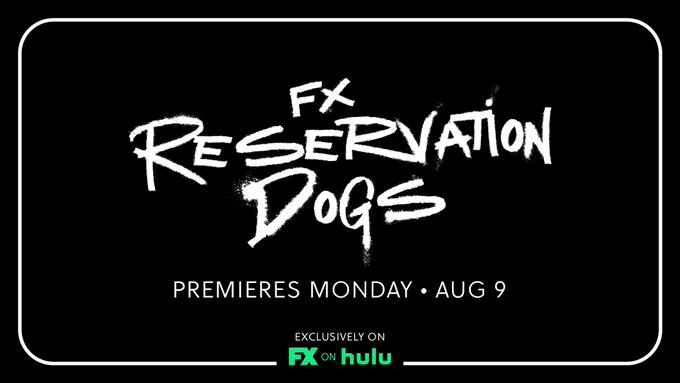 “Bear Smallhill” (D’Pharaoh Woon-A-Tai) is destined to be a warrior, and a leader. The only problem is he’s not a good fighter, and the gang doesn’t really consider him the leader. But with the guidance of a questionable spirit guide, he just might get there. “Elora Danan” (Devery Jacobs) may be the true leader of the group. But she’s so focused on getting to California, and so oblivious to her own power, that she often can’t see the beauty and goodness in herself and all around her. Smart-mouthed tough girl “Willie Jack” (Paulina Alexis) is the beating heart of the group. She’s always looking out for her crew. Meanwhile, “Cheese” (Lane Factor) is the gentle, quiet ride-or-die who is so willing to go along with the group that he never stops to consider what his own dreams might be.

One year ago, Daniel, the fifth member of the Reservation Dogs, died. Struggling to make sense of the loss, the remaining four blame the reservation, its poverty and its ability to crush the spirit. They decide to honor Daniel by adopting his dream of getting to California as their own. To succeed, they will have to save enough money, outmaneuver the methheads at the junkyard on the edge of town, constantly dodge conspiracy-obsessed Lighthorseman “Big” (Zahn McClarnon) and survive a gang war against a much tougher rival gang, led by the enigmatic “Jackie” (Elva Guerra).

Filmed on location in Okmulgee, Oklahoma, Reservation Dogs is a breakthrough in Indigenous representation on television both in front of and behind the camera. Every writer, director and series regular on the show is Indigenous. This first-of-its-kind creative team tells a story that resonates with them and their lived experiences – and invites audiences into a surprisingly familiar and funny world.

This series has been confirmed to be coming to Disney+ as a Star Original. 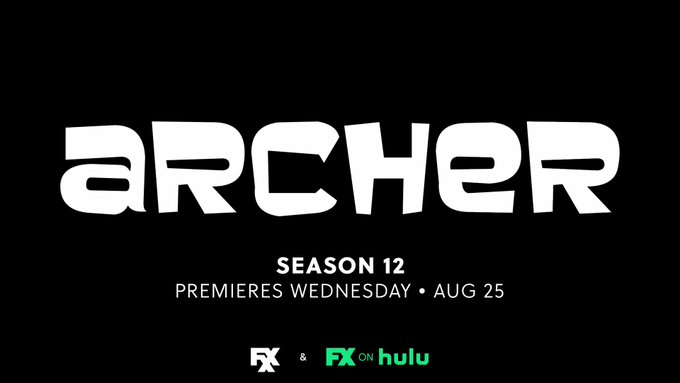 Archer – The 12th Season Premieres with the First Two of Its Eight Episodes on Wednesday, August 25 beginning at 10 p.m. ET/PT on FXX, and streaming the next day via FX on Hulu

Archer is an animated, half-hour comedy that follows Sterling Archer as he navigates the changing landscape of the spy world. This season, Archer and gang face a new threat: a spy conglomerate known as IIA (International Intelligence Agency). With a limited number of spy jobs up for grabs, can the Agency compete against the soulless vultures of IIA, or will our mom-and-pop spy agency be the next to get swallowed alive? 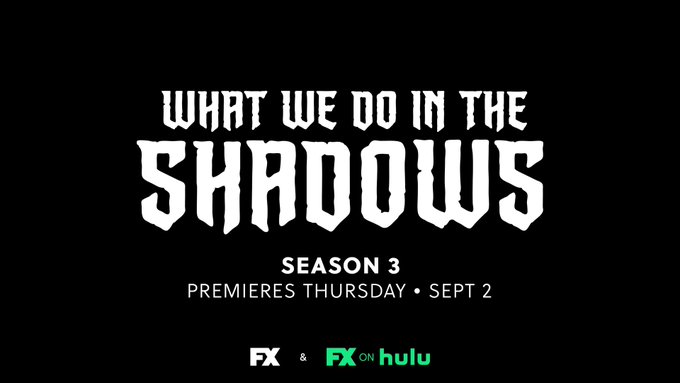 What We Do in the Shadows’ Third Season Premieres with the First Two of Its 10 Episodes on Thursday, September 2 at 10 p.m. ET/PT on FX, and streaming the next day via FX on Hulu

What We Do in the Shadows, based on the feature film by Jemaine Clement and Taika Waititi, documents the nightly exploits of vampire roommates Nandor (Kayvan Novak), Nadja (Natasia Demetriou), Laszlo (Matt Berry) and Colin Robinson (Mark Proksch) as they navigate the modern world of Staten Island with the help of their human familiar, Guillermo (Harvey Guillén).

After the shocking season two finale, we find the housemates in a panic about what to do with Guillermo after discovering that he is a vampire killer. This season, the vampires are elevated to a new level of power and will encounter the vampire from which all vampires have descended, a tempting Siren, gargoyles, werewolf kickball, Atlantic City casinos, wellness cults, ex-girlfriends, gyms and supernatural curiosities galore. Plus, Colin Robinson is turning 100. And Nandor, faced with his own eternal-life crisis, tries to inject his life with more meaning. Will he find love or is he destined to be an immortal bachelor with 37 ex-wives? 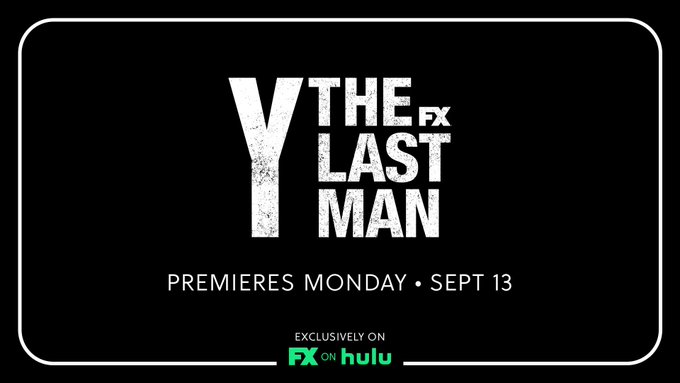 Y: The Last Man – New Drama Series Debuts with the First Two of Its 10 Episodes on Monday, September 13 Exclusively on FX on Hulu

A drama series based on DC Comics’ acclaimed series of the same name by Brian K. Vaughan and Pia Guerra, Y: The Last Man traverses a post-apocalyptic world in which a cataclysmic event decimates every mammal with a Y chromosome but for one cisgender man and his pet monkey. The series follows the survivors in this new world as they struggle with their efforts to restore what was lost and the opportunity to build something better. 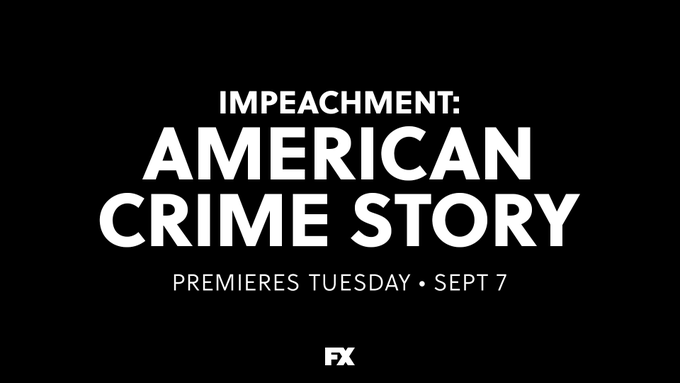 Impeachment: American Crime Story – The Third Installment in the Award-Winning Franchise Premieres with the First Two of Its 10 Episodes on Tuesday, September 7 at 10 p.m. ET/PT on FX

Written by Sarah Burgess, Impeachment: American Crime Story unravels the national crisis that swept up Paula Jones, Monica Lewinsky and Linda Tripp as principal characters in the country’s first impeachment proceedings in over a century. 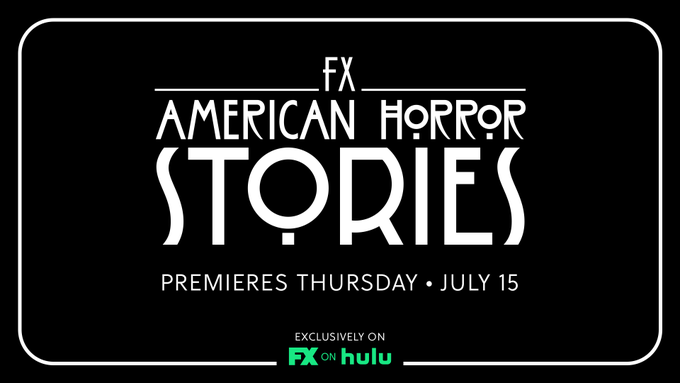 American Horror Stories is a weekly anthology series that will feature a different horror story each episode. 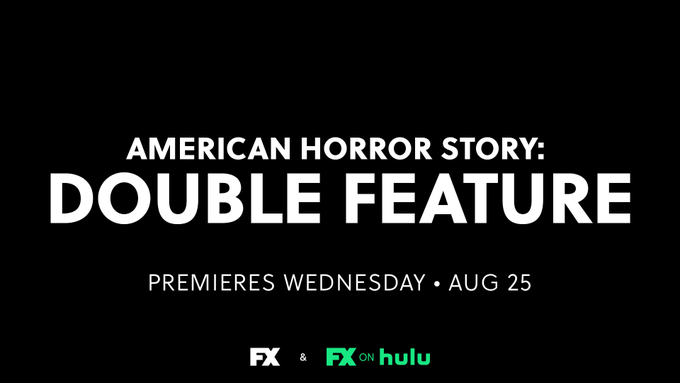 American Horror Story: Double Feature – the 10th Installment of the Hit Anthology Series Premieres Wednesday, August 25 at 10 p.m. ET/PT on FX, and streaming the next day via FX on Hulu

American Horror Story is the wildly popular anthological limited series created by Ryan Murphy and Brad Falchuk that explores a different horror theme and setting for each installment, ranging from a haunted house, insane asylum and witches coven to a travelling freak show, a hotel with a dark and murderous history and a murderous summer camp. The Emmy(R) and Golden Globe(R) winning franchise, the progenitor of the modern-day limited series format and the longest running hour-long series in FX’s history, has aired nine installments and been renewed through a 13th installment.

What FX Show are you looking forward to watching this summer?