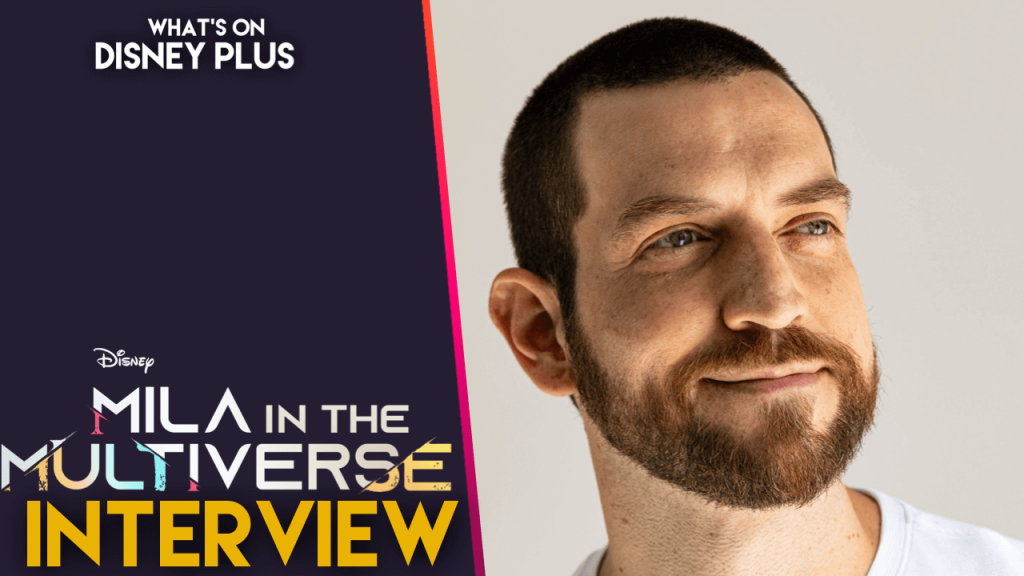 Since the launch of Disney+ in 2019, the service has been making great efforts to incorporate a wide variety of original, international programming. One of the latest of these series is MILA IN THE MULTIVERSE, a new original Latin American sci-fi story, which will be launching on Disney+ internationally on January 25. To celebrate this new series, I sat down with Brazilian actor Felipe Montanari to discuss his role in MILA IN THE MULTIVERSE and to learn about his Disney story! Keep reading for our full interview:

When did you start acting, and how did you get involved with MILA IN THE MULTIVERSE?

When I was 14 years old, I got into a theater group in my school and had my first “official” onstage performance. During that same period, I was a guitar player and started composing my own songs.

When I turned 16, I got into a professional Circus Arts School and started acting professionally for birthday parties, store openings, and other general events as a mime clown.

In high school, I started acting for TV commercials and soap operas as an extra, and I loved how interacting with the camera was completely different from stage and live events.

In college, I went to Disney World to work as a cast member (1998/1999), and right after that experience I embarked on the Costa Cruises ships as an entertainer (2000/2007). Those experiences brought a lot to me in terms of acting, and as soon as I disembarked from the ships, I got an agent to help me start acting in big productions.

As I began acting for various publicity campaigns, I got my first big role as a reality show host (STYLE LAB on Discovery H&H). After that remarkable experience, a big TV channel called me to join the greatest full-length movie in my career (S.O.S. WOMEN TO THE SEA 2) with a famous, global cast.

From that moment, I’ve being called for great productions like MOTORCYCLE GIRL (2 seasons and a full-length movie – Prime Video), AMAZON OBHIJAAN (an Indian high budget Adventure Movie), OS PARÇAS 2 (famous comedy movie in Brazil) and many others. I’ve also had a fun time hosting live events like the Christmas of Colors in Curitiba, an annual event that has been entertaining more than 20,000 people a day for more than 30 years.

One day I got a call from my agent saying that Disney was producing a new series in Brazil (MILA IN THE MULTIVERSE), and they wanted me to do the auditions to play “Bóris”. After a self-tape test, they called me for an in-person audition. Once I got there, I saw that Julia Jordão was the director, who I had previously worked with in THE MOTORCYCLE GIRL – THE SERIES, and I felt comfortable playing Bóris under her direction after I got the role! 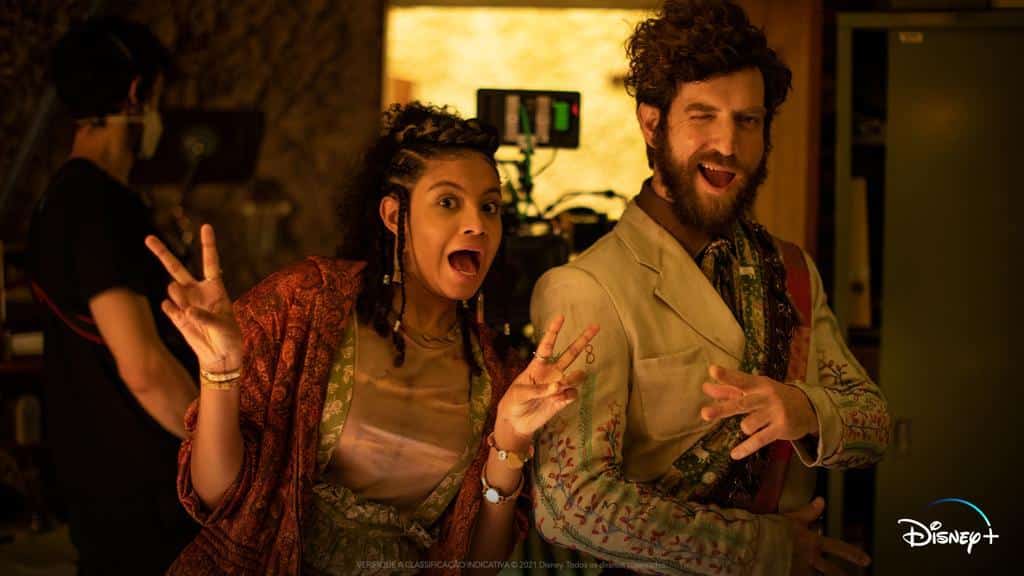 When I got the call saying that I had been selected to play Bóris, I felt very happy and excited, because I have a wonderful relationship with Disney and want to make it even more special.

It’s so great to hear your story! Like you mentioned, you play the character of Bóris in MILA IN THE MULTIVERSE. What role does Bóris play in the story?

In “our universe”, Bóris is that typical school chaperone that monitors the halls to keep students in line. He’s very attentive to students and loves his job. In the multiverse that Mila gets into, Bóris is still a monitor for a school, but he is a bit tougher and has a larger responsibility. He’s essential for the school, so the “operators” (the show’s bad guys) will go after Bóris to use him as a piece for their greater objective: to destroy all other universes.

Bóris is a good guy and very professional. He would do anything for the kids. So once the students start doubting his suspicious attitudes, they go on an adventure to search for the reason behind the changes.

What was your favorite part of making MILA IN THE MULTIVERSE, and what did a “day in the life” look like on set?

It was an amazing experience from the first self-tape onward. I think the most exciting part was pre-production, when we were looking for the character’s look, walk, voice, hair, and makeup. That whole process was pleasant and fun. Once we figured out all of Bóris’ characteristics, it was time to go on set and do it for real. Every day of shooting was like the first one. I really wanted to give my best because I understood the importance of being in a Disney production. Also, being on a streaming channel means the my acting will be available worldwide, and I really wanted to make sure that people around the world would fall in love with Bóris and be interested in this character. He is the most eccentric in the whole series, which you can tell simply by looking at his outfit, full of medals, keys, accessories, and things that only he can understand. His big and messy hair with his enormous beard call attention to him, and I really tried to make his personality speak even when he was with his mouth shut.

I can’t wait to see Bóris shine on Disney+! To shift gears a bit, it’s always nice to meet former Walt Disney World cast members! How did that experience shape your passions and career pursuits?

It was the greatest professional experience in my whole life. Being a Disney cast member taught me how to treat people and how to be professional in every occasion. I use the Disney method all the time – both to talk with important executives and to buy bread in the grocery store. They are the best entertainment company in the world, and they know how to treat people.

Another important thing I learned is that Magic is only possible with lots of discipline. It doesn’t matter who you are or your position in a company, some things, like respect and professionalism, are critical.

And that’s what I’m looking for in my career: to be a great actor known for my talent, professionalism, and personality, and to keep the magic alive in everyone’s hearts. 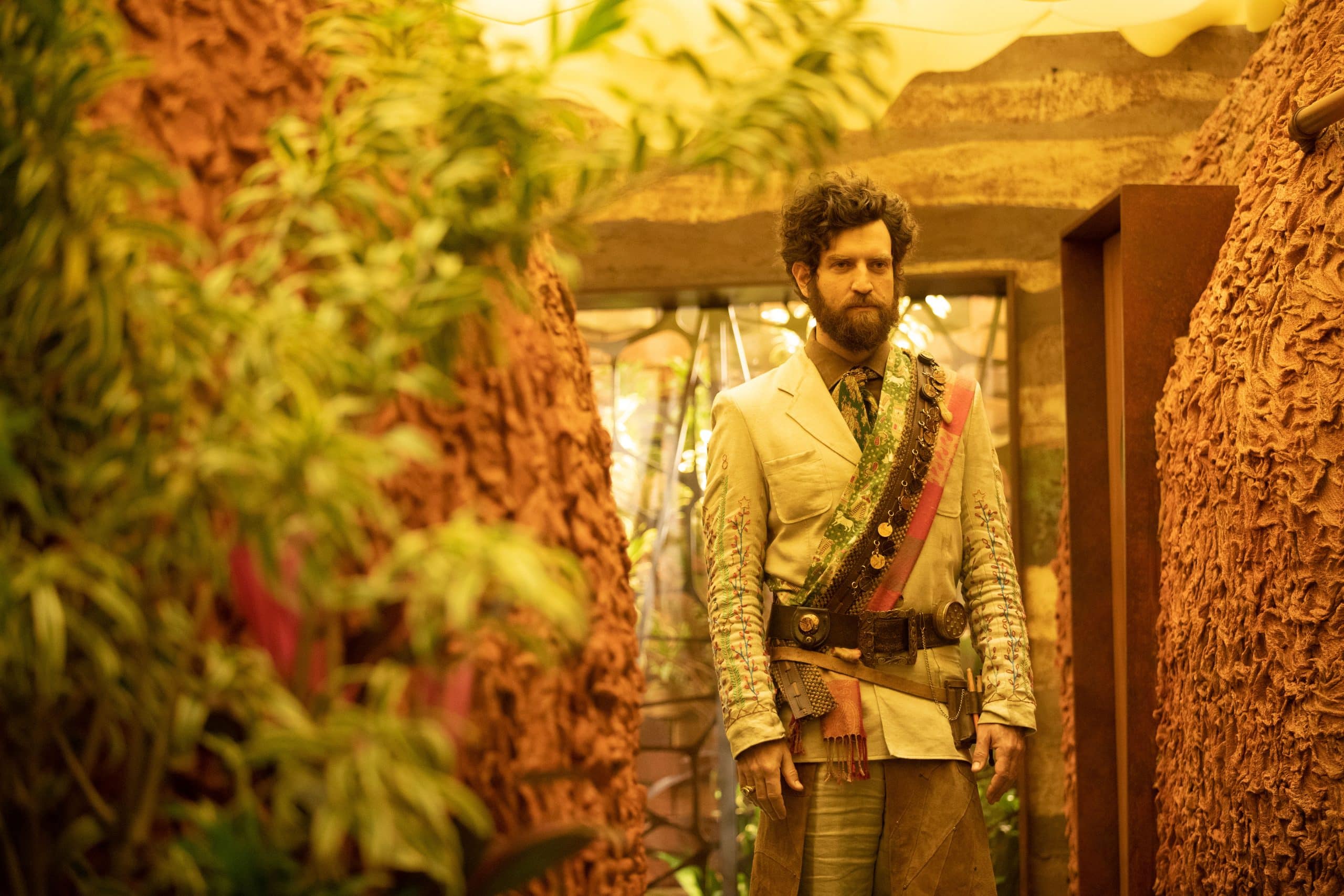 Do you have any other future projects in the works?

I’m always open for new projects, and I already have some invitations for new productions and events on the way.

I’m also working to launch my new music on Spotify and all digital platforms. It has been a long time since my last music work for “Soul Pai”, and I feel that I have a lot more to say and sing.

For the Disney+ lovers, I can say that Mila is coming back, if they want it to, and I’m pretty sure they do.

As a languages lover (I speak English, Italian, Spanish and French) and a traveler for so many years (visited more than 30 countries while working on the cruise lines), I have started focusing on my international career, and I hope to be in new international productions really soon.

I love the idea of being a important piece of this wonderful world of cinema on streaming, and I’ll do everything I can to keep telling stories through my characters, songs, and my social media.

It’s a pleasure to bring happiness an entertainment to all. That’s what I know, so that’s what I’ve done. I’m used to saying that “the world isn’t small, people are big”, so I’ll see you around!

Thanks so much for sitting down to chat with us! I can’t wait to see where the next chapter of your journey takes you!

And, to the reader, you can stream MILA IN THE MULTIVERSE on Disney+ starting January 25.

Corban has been a lifelong fan of The Walt Disney Company. Disney music is often the soundtrack of his life, and he loves listening to a new film score. In between new episodes of The Mandalorian, you can often find him planning his next trip to the Disney Parks or rewatching classic Disney TV shows.
View all posts
Tags: disney, Disney international, felipe montanari, interview, Mila In The Multiverse