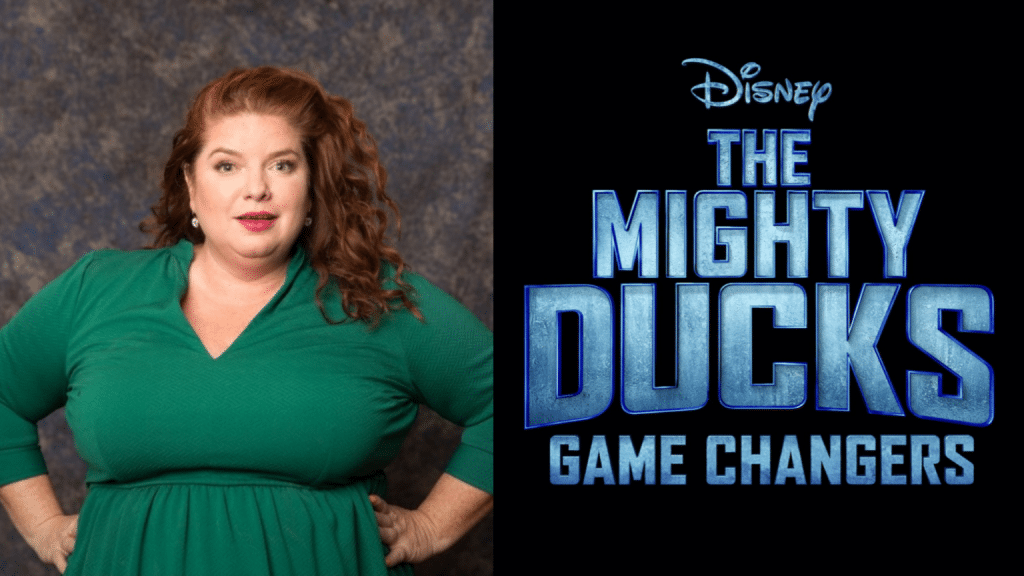 After a pretty dry 2020 TV season on Disney+, things have started ramping up on the service, with more than 4 brand-new episodes being released each week. And one of the latest of these shows is The Mighty Ducks: Game Changers, which has introduced audiences to a new generation of the Ducks. As the show gets ready for its season finale on May 28, I reached out to some of the cast of the show to get a behind-the-scenes look at the making of The Mighty Ducks: Game Changers. Today, I had the chance to chat with Jane Stanton, who stars as Nick’s mom Sherri Andrews in the series. Keep reading for my exclusive interview with Jane Stanton!

CORBAN: How did you get involved with The Mighty Ducks: Game Changers, and what was the best part of working with the amazing Mighty Ducks cast?

JANE STANTON: I got involved when my agent sent me the script. I admittedly loved the script and felt I had a sense of the character. Then I found out where the casting director lives and then stood outside the producer’s house. And when that didn’t work, I showed up to set and started yelling at kids trying to play hockey.

The rest is history. The best part of working with the amazing Mighty Ducks cast was exactly that – I got to work with Emilio and Lauren, WHAT. And I got to learn how to skate. Turns out its not as easy as it looks on TV, falling hurts!

CORBAN: Well, you looked like a natural on the ice! As someone in the world of stand-up comedy, what techniques do you bring to the set of a comedy show like Game Changers?

JANE STANTON: With shows like Mighty Ducks where the writing is funny and you have strong comedic leads, it’s more about having the courage to do less and trust the writing and your natural reactions to the other actors. As a comedian, I have a good idea of the parts of my own personality that are funny, and I enjoyed bringing those aspects into the character of Sherri. Working closely with my friend Amy made it all the more fun! 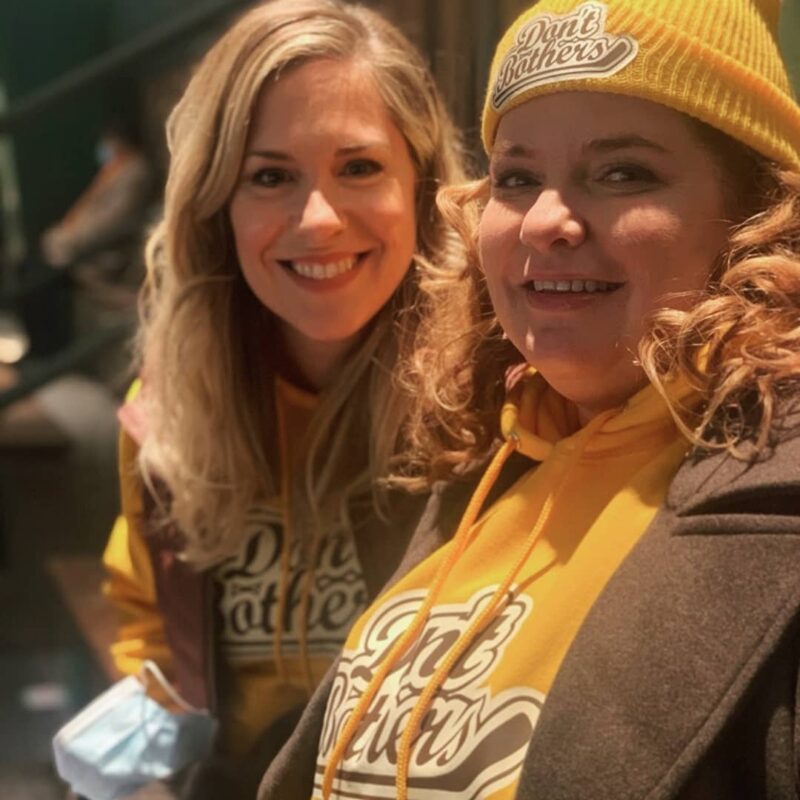 CORBAN: I had no idea that you and Amy Goodmurphy were friends, but I can definitely see your acting chemistry onscreen! You also co-host a wildly popular podcast called “High School Sucked”. How does hosting a podcast offscreen differ from acting or performing comedy routines for a visual audience?

JANE STANTON: Yeah Amy is awesome! I fist saw her doing improv in Vancouver a few years ago and always wanted to work with her. Sometimes dreams come true! Co-hosting my podcast “High School Sucked” with the lovely Darcy Michael is treat! Each episode is done over Zoom so we still get to see each other. I think you get the same feel of who I am as a comedian on the podcast as you would if you were at a live show. It’s been so fascinating interviewing some of my favourite celebrities, I thought it was only me that had crazy teen angst stories.

CORBAN: I cannot wait for live shows to come back again, but I love how podcasts can help keep us connected. I noticed that you are based out of Vancouver, BC, which was the primary filming location for The Mighty Ducks: Game Changers. What does your day look like when filming a series so close to home, and what elements of Vancouver are expressed in the show?

JANE STANTON: Getting up early and spending hours away from my babies (babies being my dogs). And piles of rain, torrents of rain, you can see it in the show!

CORBAN: Your character Peg was just featured on Big Sky, which is being released on ABC in the US and as a Star original on Disney+ in many other countries. How was the filming of Big Sky affected by the COVID-19 pandemic, and how does your character fit into the larger story of Big Sky?

JANE STANTON: It’s definitely different to filming in pre-COVID times, as you have to be so much more thoughtful about everything you do; stuff like getting COVID tests, social distancing and wearing your mask right before they call action. I was grateful to Disney for how strict they were about the rules because it meant I felt really safe on both sets. The crew was so impressive with how they handled the extra work, huge kudos to them!

As for Big Sky no spoilers, haha. If you haven’t already check it out! You won’t be disappointed.

CORBAN: I am excited to see where Season 1 of Big Sky takes us in its final few episodes! After Big Sky wraps up, do you have any future projects in the works, and where can our readers find you?

JANE STANTON: Fingers crossed for season 2 of Mighty Ducks. As for other projects I found out where some other casting directors live, so we’ll see where that takes us! As for the podcast, we have some very exciting guests coming up, so be sure to subscribe wherever you listen to podcasts (https://smarturl.it/HighSchoolSucked). And when live shows can happen! You can find me at thejanestanton.com.

CORBAN: I cannot wait to see your name on more projects very soon! Thanks so much for sharing some behind-the-scenes from Mighty Ducks: Game Changers, and I am looking forward to the season 1 finale!

And, to the reader, you can watch The Mighty Ducks: Game Changers now on Disney+.

Corban has been a lifelong fan of The Walt Disney Company. Disney music is often the soundtrack of his life, and he loves listening to a new film score. In between new episodes of The Mandalorian, you can often find him planning his next trip to the Disney Parks or rewatching classic Disney TV shows.
View all posts
Tags: the mighty ducks