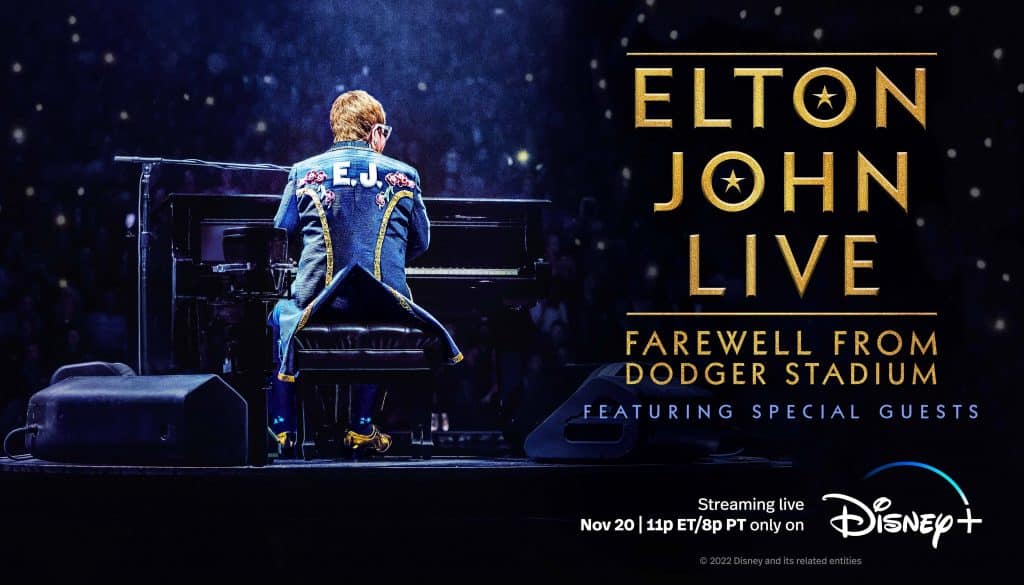 Disney has released a trailer for the upcoming live special, “Elton John Live: Farewell from Dodger Stadium”, which is coming to Disney+ on Sunday 20th November 2022, beginning at 7:30 PST / 10:30 EST. The concert will release on Disney+ in other countries live, such as in the UK, Ireland, Australia and New Zealand on Monday 21st November 2022.

The concert will begin with “Countdown to Elton Live,” featuring famous friends from around the globe wishing him well, interviews with Elton John and David Furnish and more excitement from Dodger Stadium!

“Elton John Live: Farewell from Dodger Stadium” will showcase Elton John as audiences have never seen him before, honoring the icon and the seminal moment in 1975 that cemented his global success.

Having collaborated with many chart-topping artists throughout the decades, Elton John made headlines around the globe in 2021. He returned to the recorded music charts when he teamed up with Dua Lipa on their recent smash hit Cold Heart (PNAU REMIX), which hit #7 on Billboard’s Hot 100, #1 on its Hot Dance/Electronic Songs chart and #1 on the UK singles chart upon its release. The song has been streamed over 1 billion times on Spotify worldwide and most recently won Top Dance/Electronic Song at the 2022 Billboard Music Awards. Cold Heart (PNAU REMIX), is a combination of Elton John’s most iconic tracks, including Sacrifice and Rocket Man.

Kiki Dee and Elton John made waves nearly 50 years ago with their number-one song Don’t Go Breaking My Heart, which marked his third stand-alone single after Lucy In The Sky With Diamonds and Philadelphia Freedom.

Brandi Carlile has been a fan of the international legend since she was 11 years old and hosted his 30th annual Elton John AIDS Foundation Academy Awards Viewing Party. The two have formed a life-long friendship and in 2021 released Simple Things, which was part of Elton John’s The Lockdown Sessions album.

To amplify the excitement, the hourlong special “iHeartRadio Presents Elton John’s Thank you to America: The Final Song,” will broadcast across over 320 stations nationwide on Sunday, November 20 at 10 PM PT / 1 AM ET. The special will feature legendary moments from Elton John’s career and include a live simulcast of Elton John’s final song and closing remarks during his last performance in North America at Dodger Stadium.

As part of Elton John’s Farewell Yellow Brick Road Tour, presented by Alliance for Lifetime Income, “Elton John Live: Farewell from Dodger Stadium” will spotlight the music icon as 50,000+ fans in person and countless admirers worldwide virtually cheer him on. The experience features special guests and performances of unparalleled global hits spanning decades, in one of the greatest send-offs in music history. The concert will be the culmination of his Disney Original Documentary, Goodbye Yellow Brick Road: The Final Elton John Performances and The Years that Made His Legend.

Are you looking forward to this new Elton John special? 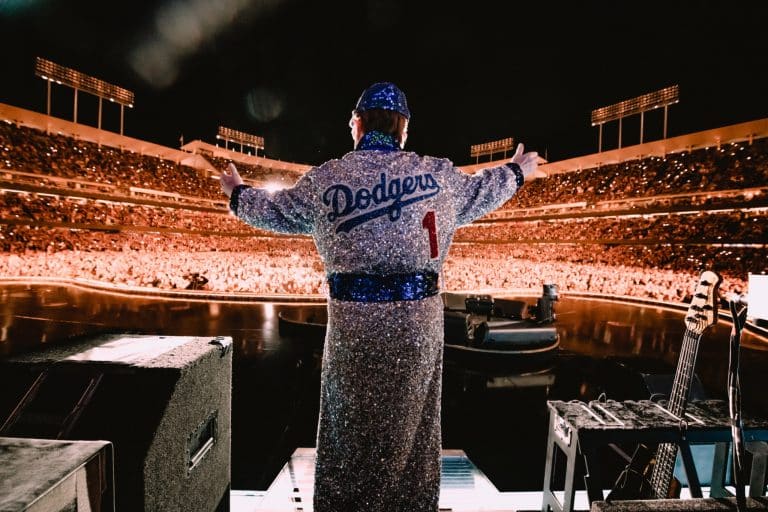 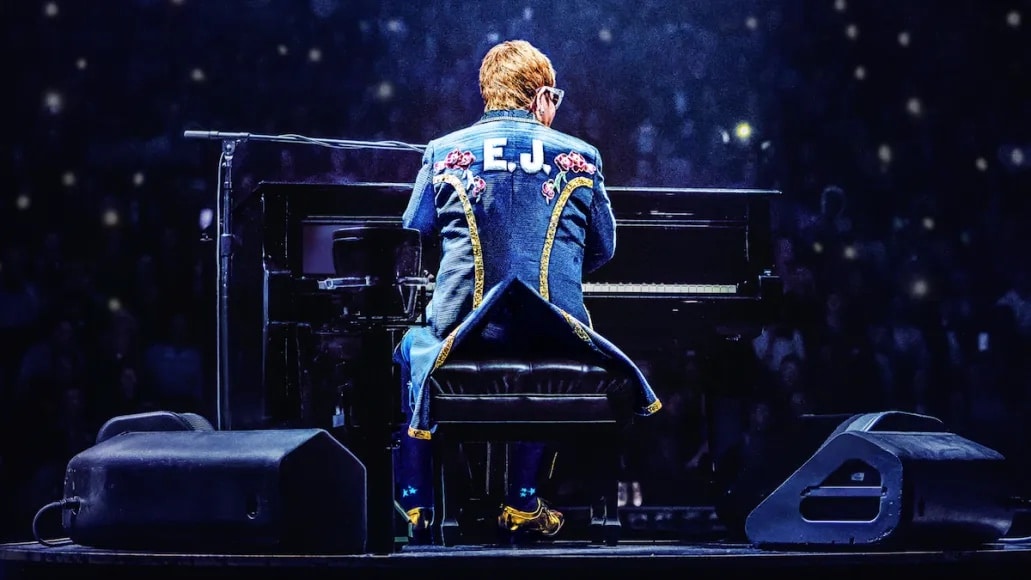 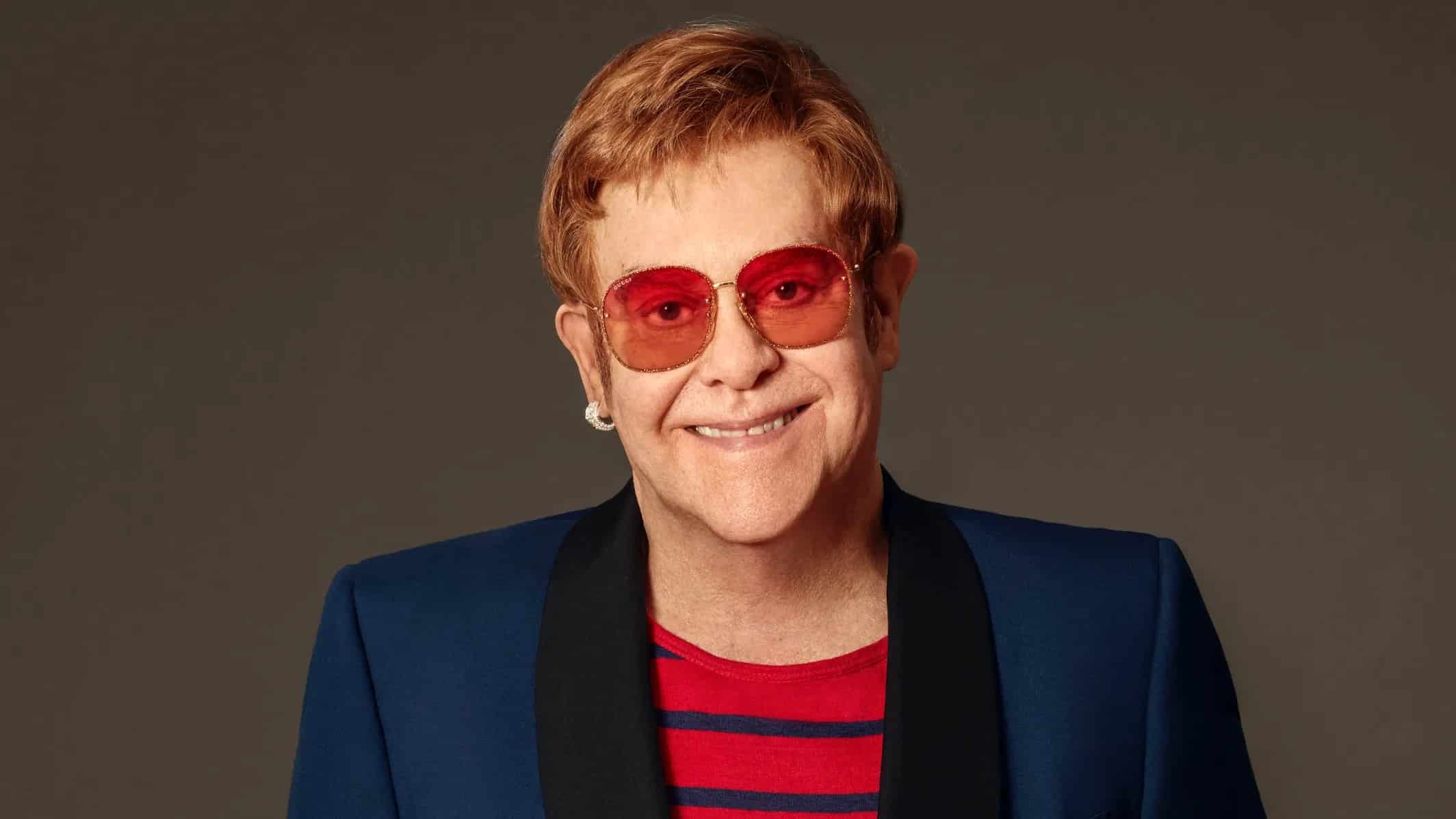