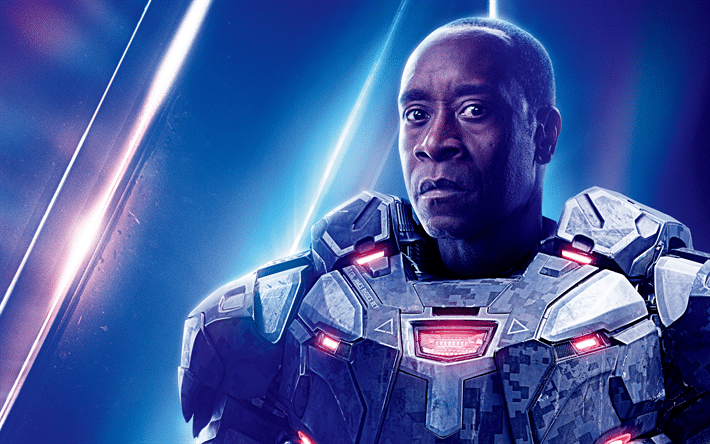 Marvel Studios brand new series, “The Falcon And The Winter Soldier” is coming to Disney+ in March and will see many characters from “Captain America: Civil War” return to our screens including Baron Zemo and Agent 13, but there will also be another big name heading to the show.

In a recent interview with BroBible’s Post-Credit Podcast, actor Don Cheadle confirmed that he will appear in the show, saying:

“That’s some of the fun of the MCU, that we all get to show up in each other’s stories, and there are ways that we’re cross-platforming these characters, and they become storylines, sometimes, in the movies. And then these storylines in the movies become storylines in the shows.   It’s really a fun and interesting and, by all imagination, completely open-ended — this can go anywhere. It’s great, I can’t wait to get in the room with the writers and figure out how all those things [connecting Armor Wars to the MCU] happen. You know, Rhodey shows up in Winter Soldier and Falcon’s show. So, it can be a lot.”

“The death of Tony Stark, I’m pretty sure, will play a role in the series. Where we’ve been sort of progressing Rhodey—even in the last film where he’s now up again and he’s now walking again and he’s now mobile again—so as the technology continues to develop and we keep making innovations in the suit and what happens, I imagine there’s gonna be another elevation and another way that we’re going to keep digging into that part of Rhodey.

But really, figuring out a way to bridge what’s happening in the comic books with what’s happening on screen in the MCU and how we’re going to make those worlds work, that’s really exciting.”

Are you excited to see more of the “War Machine” on Disney+ series?

Roger has been a Disney fan since he was a kid and this interest has grown over the years. He has visited Disney Parks around the globe and has a vast collection of Disney movies and collectibles. He is the owner of What's On Disney Plus & DisKingdom. Email: Roger@WhatsOnDisneyPlus.com Twitter: Twitter.com/RogPalmerUK Facebook: Facebook.com/rogpalmeruk
View all posts
Tags: Marvel, the falcon and the winter soldier, war machine