Disney has officially announced that Marvel Studios’ “Doctor Strange in the Multiverse of Madness” debuts on all major digital platforms including Disney+ on June 22nd and on 4K Ultra HD, Blu-ray and DVD on July 26th! The home entertainment release will include all-new bonus features, such as a gag reel, deleted scenes, audio commentary and more.

Described as a “psychedelic mind-flip masterpiece” (Larry Carroll, Looper) Doctor Strange in the Multiverse of Madness has enthralled audiences and critics around the world. Sam Raimi’s exuberant film is a global phenomenon and “undoubtedly mesmerizing” (Jenna Anderson, ComicBook.com).

Journey into the unknown in Marvel Studios’ Doctor Strange in the Multiverse of Madness. When the MCU unlocks the Multiverse, Doctor Strange (Benedict Cumberbatch) must enlist help from old and new allies as he traverses mind-bending and dangerous alternate realities in order to confront a surprising adversary. 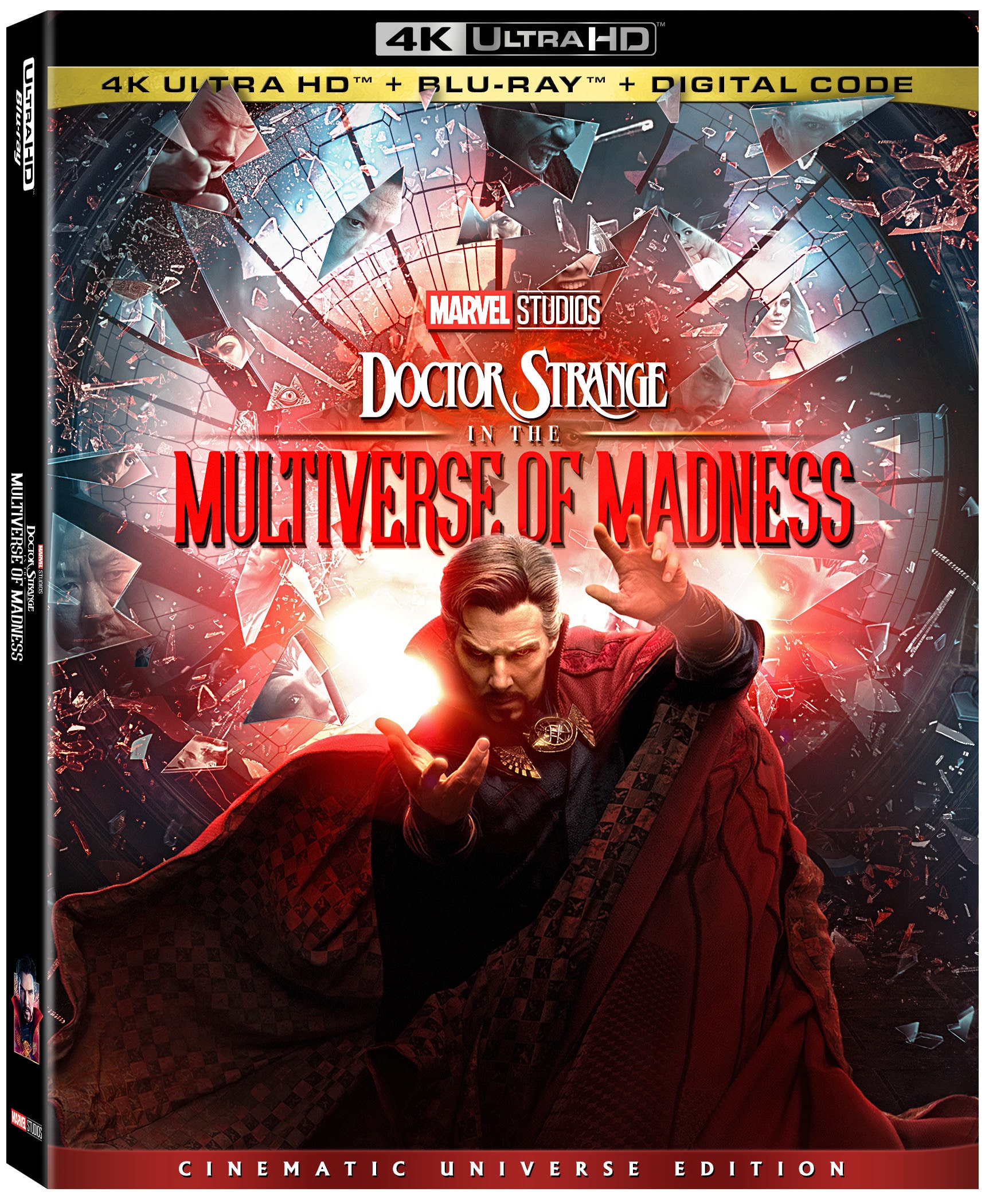 Bonus Features*
Featurettes
Bloopers
Deleted Scenes
Audio Commentary
*bonus features vary by product and retailer
Will you be picking up “Doctor Strange in the Multiverse of Madness” on digital, home video or just watch it on Disney+?

Roger has been a Disney fan since he was a kid and this interest has grown over the years. He has visited Disney Parks around the globe and has a vast collection of Disney movies and collectibles. He is the owner of What's On Disney Plus & DisKingdom. Email: Roger@WhatsOnDisneyPlus.com Twitter: Twitter.com/RogPalmerUK Facebook: Facebook.com/rogpalmeruk
View all posts
Tags: doctor strange in the multiverse of madness, Marvel