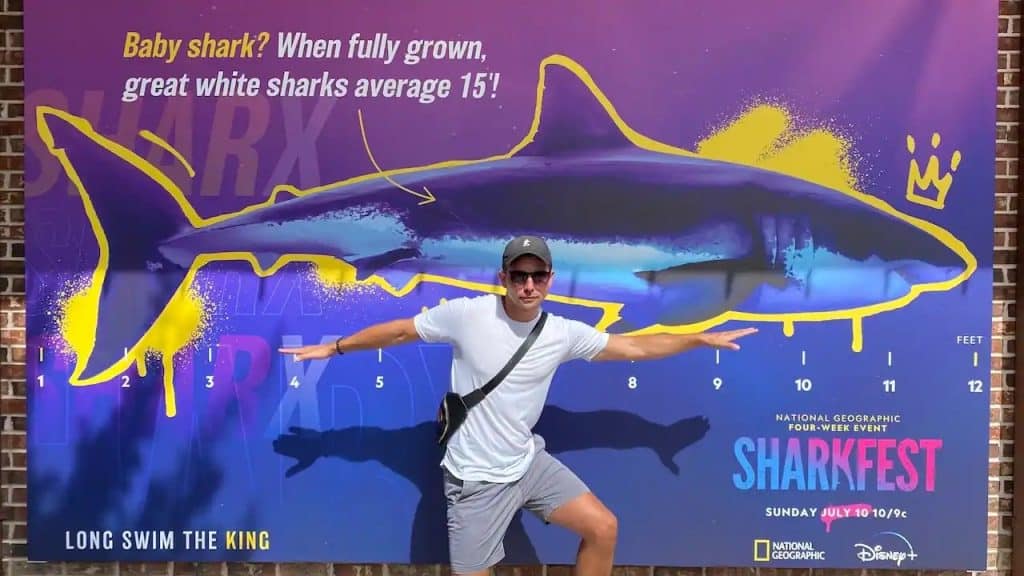 This month, Disney’s National Geographic is once again hosting “SharkFest”, which is bringing over almost 30 hours of original programming and over 60 hours of enhanced content featuring captivating science and stunning visuals of the iconic apex predator to Disney+ and linear networks.

“SharkFest” is also being promoted with new limited-time photo opportunities at EPCOT and Disney Springs at Walt Disney World Resort and at Disney’s Paradise Pier Hotel at Disneyland Resort. 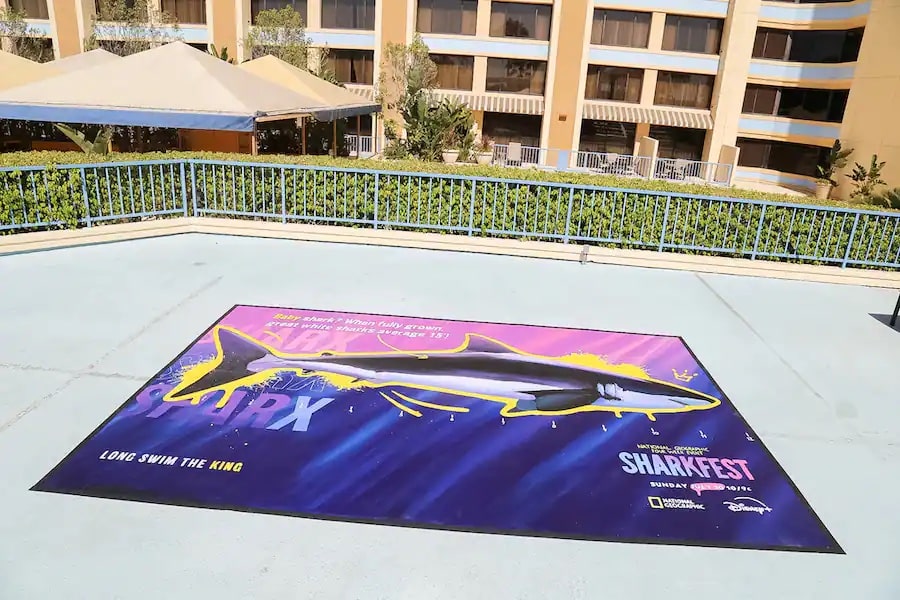 Guests staying at one of the Hotels of the Disneyland Resort, head over to Disney’s Paradise Pier Hotel pool, where you will have access to an incredible ground mural featuring the King of all Sharks, The Great White.

While guests in Florida visiting Epcot can get a photo with a life-size version of the National Geographic Yellow Border just outside the exit to The Seas with Nemo & Friends attraction. 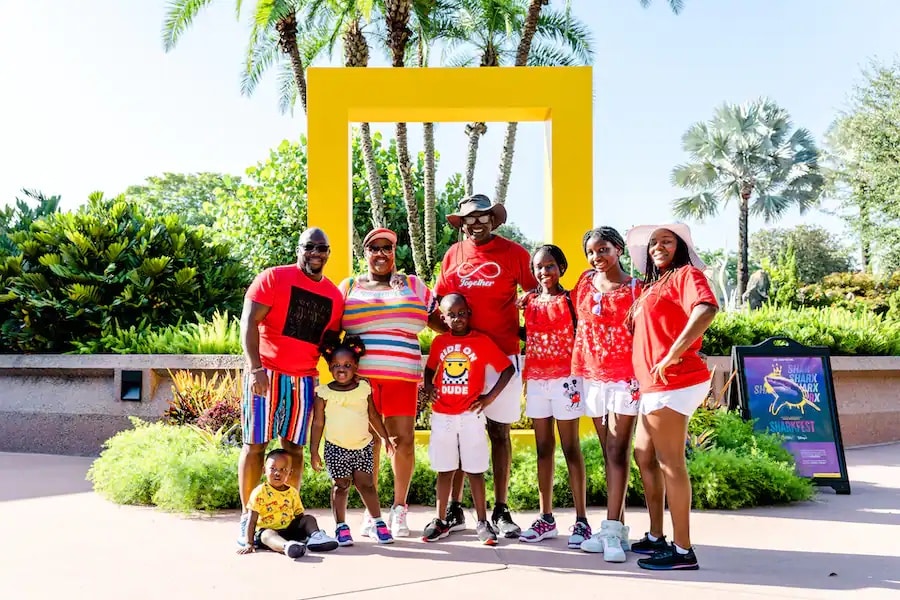 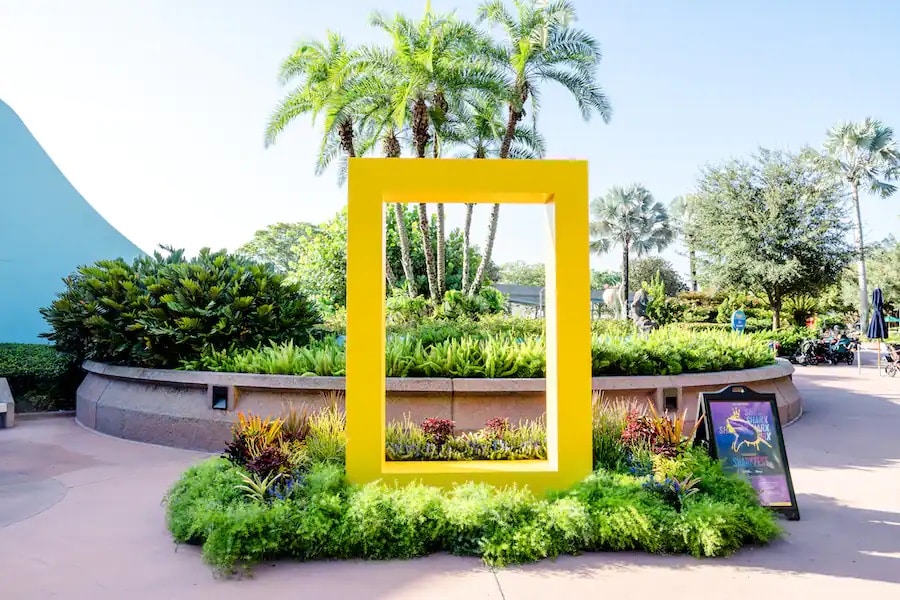 And over at Disney Springs, you can size yourself up against a Great White shark at the photo wall located on the Northwest side of Disney’s Days of Christmas store.

Guests staying at any of the Walt Disney World Resort Hotels or the Hotels of the Disneyland Resort might just spot a special SharkFest game of cornhole! 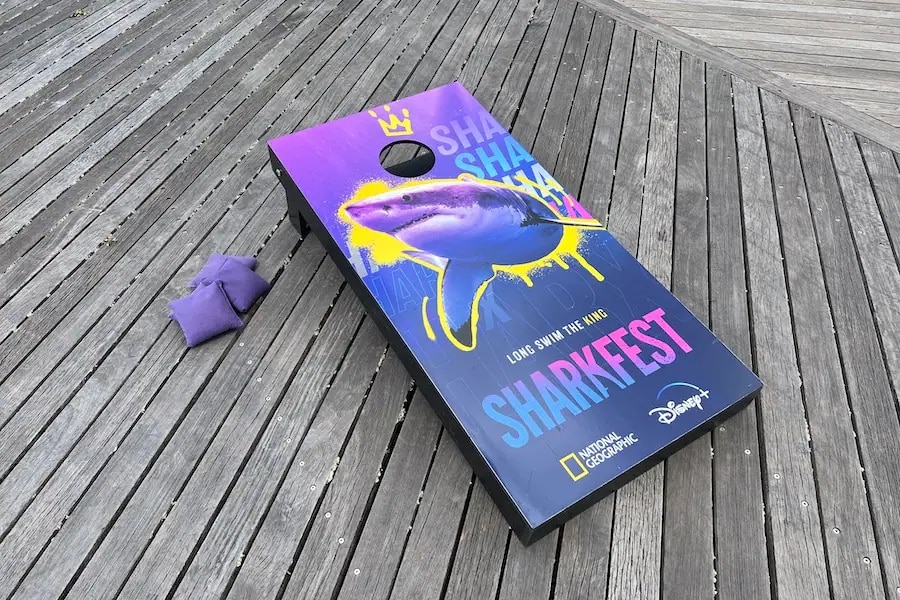 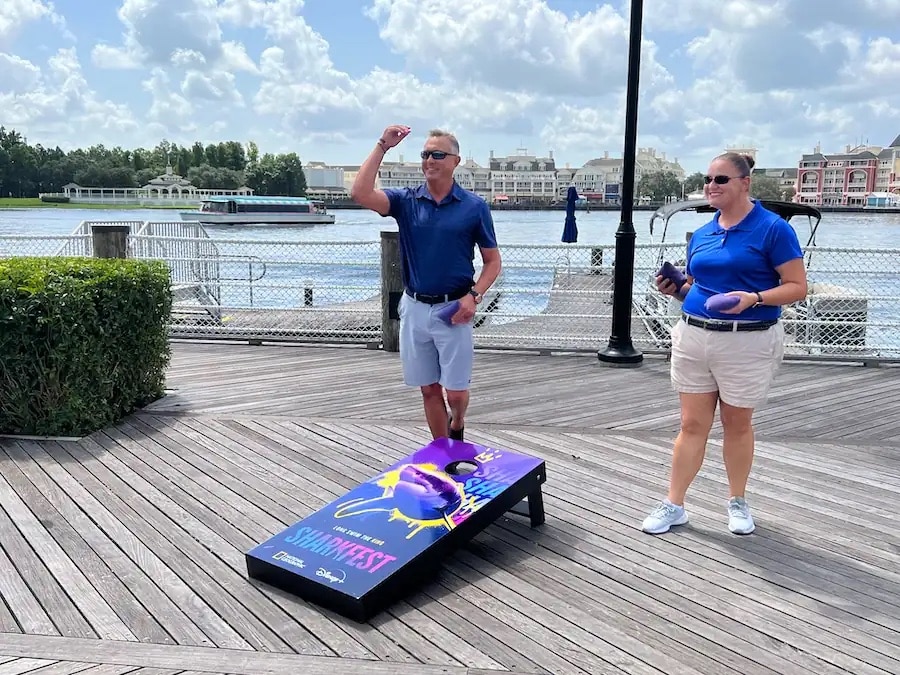 These “SharkFest” activities will only be available at the Disney Resorts for a few weeks.

And if you’re not at the Disney Resorts to take part in these “SharkFest” photo opportunities, there is plenty of new shark content available on Disney+.

Roger has been a Disney fan since he was a kid and this interest has grown over the years. He has visited Disney Parks around the globe and has a vast collection of Disney movies and collectibles. He is the owner of What's On Disney Plus & DisKingdom. Email: Roger@WhatsOnDisneyPlus.com Twitter: Twitter.com/RogPalmerUK Facebook: Facebook.com/rogpalmeruk
View all posts
Tags: sharkfest