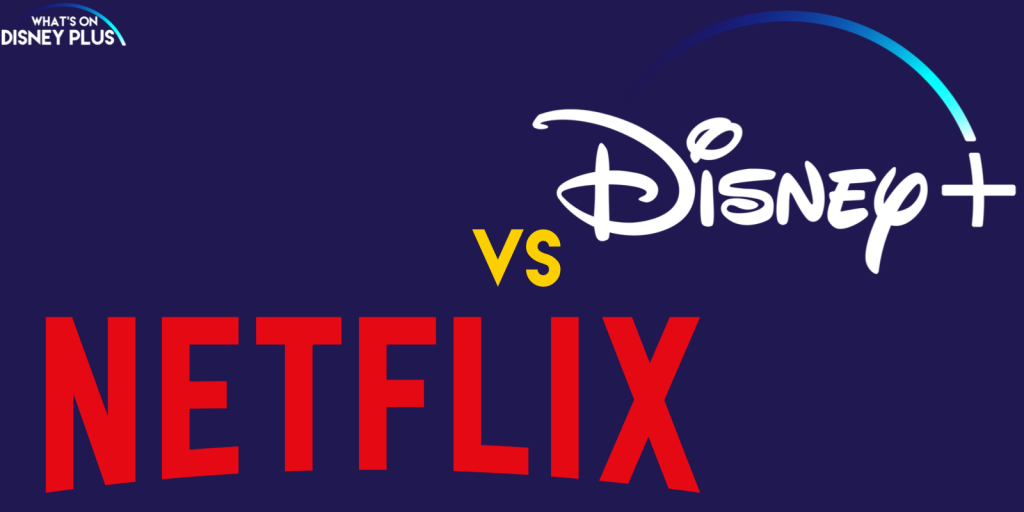 Disney+ is set to launch in November, featuring over 400 movies and 7500 episodes from the Disney, National Geographic, Marvel, Star Wars and Pixar.  But when it launches, it will only have just 16% of Netflix’s 47,000 TV episodes and 12.5% of the Netflix 4,000 movies, according to Ampere Analysis estimates.  It will also have less TV episodes and movies than Hulu, Amazon Prime Video and CBS All Access.

The charts below compare the current content available, when compared to the first year of Disney+. 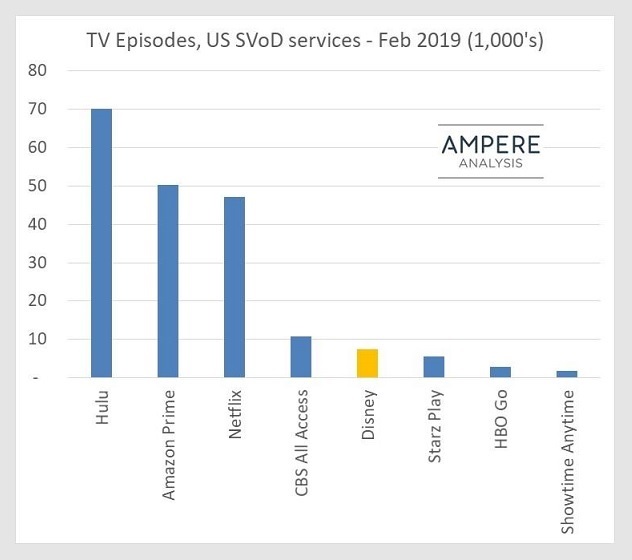 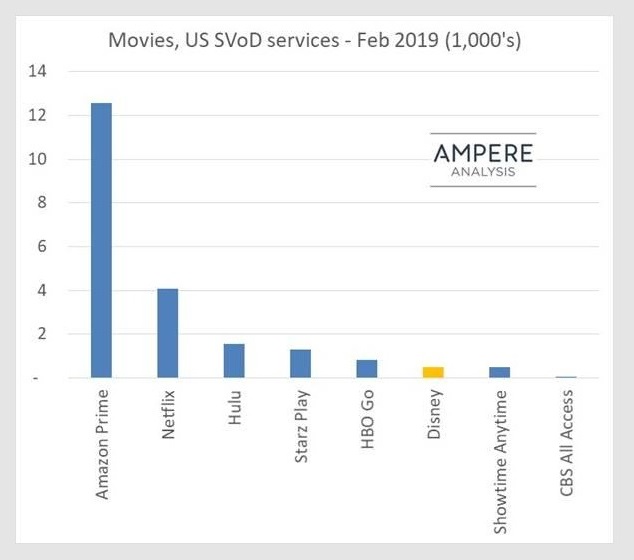 But while the total numbers are much less than Netflix, Disney’s library is much stronger when it comes to user opinion.  Ampere Analysis compared the top 100 original-labeled titles (movies and TV seasons) currently available across top U.S. SVOD platforms, which showed Disney’s titles scored higher than Amazon and Netflix. 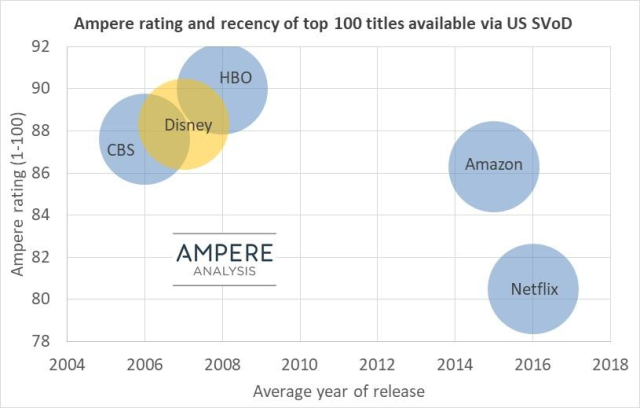 “Disney is focused on quality over quantity for the Disney+ launch slate.  Perhaps unsurprisingly for a new service, Disney+ will initially carry a significantly smaller line up of titles than the established U.S. incumbents – Netflix, Amazon and Hulu. Every Disney title will need to guarantee an audience, but with the entirety of Disney and Fox’s library to choose from, that’s very achievable.” said Richard Cooper, Ampere Analysis research director, in a statement.

Its hard to not look at the major movies Disney have released recently such as Captain Marvel, when compared to Netflix original movies like Bird Box.  Disney’s big brands will have a pull for subscribers, but it is showing some of the issues the company is facing in trying to play catch-up.

Disney+ will be growing its library, with Disney announcing that by fiscal year 2024, with  120 recent movie releases and over 500 library films.  It will also include over 10,000 TV episodes, in addition to more than 50 original series and 10 original films.

One of the other big advantages Disney+ has over its competitors is the price point, coming in at $6.99, much lower than the others.

Netflix will be losing lots of content in the coming users due to major companies such as Disney, WarnerMedia and Comcast launch their own streaming services, pulling movies and TV episodes.

While there are many different streaming platforms available, Disney+ is expecting to pull in 90 million subscribers.  Especially since people will subscribe to many different services and Disney’s value proposition is higher due to the quality of its content.

Disney is planning on spending over a billion dollars on original content for Disney+, it’s still much less than Netflix, but this doesn’t include movies and shows Disney is making for traditional TV and cinema releases.

Do you prefer quality vs quantity?