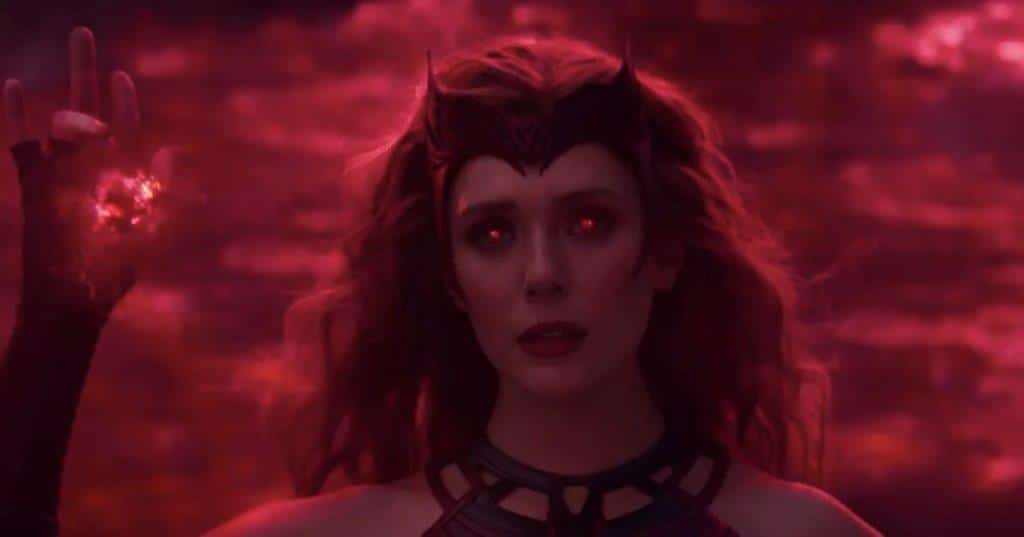 One of the great things about streaming services, is things can be adjusted or altered after they’ve been released.  Sometimes it’s because of a mistake, such as when in the second season of “The Mandalorian”, where we could see a member of the crew in the background, resulting in Disney re-editing the mistake out.

It can also be used to make slight adjustments and during a recent Live Q&A livestream, I was informed that Marvel has gone back to the final post-credits scene of “WandaVision” and made a change.

In the post-credit scene, the camera pans in on a log cabin on the lake, with Wanda sat out the front, while Scarlet Witch is reading the book of the damned. Now a strange silhouette can be seen gliding down the mountain, which could potentially be Doctor Strange via astral projection or in-person.

Plus they’ve changed the overall look of the scene has been tweaked, with a new colour palette and more trees have been added.

Here is a look at the original scene:

Here is a look at the new scene, which shows how it’s been altered.

And according to Murphy’s Multiverse, there have been some additional changes including adding the composer of the Doctor Strange theme, Michael Giacchino, to the credits.

Scarlet Witch will be one of the main characters in the upcoming Doctor Strange sequel, which is due to be released in cinemas on March 25th, 2022.  So these changes could have been made because the scene is going to be used in the new film, similar to how the post-credit scene from “Ant-Man” was used in “Captain America: Civil War”.

I’ve been back and rewatched the post-credit scene and can see the strange silhouette coming down the mountain to the cabin, but what do you think it is?