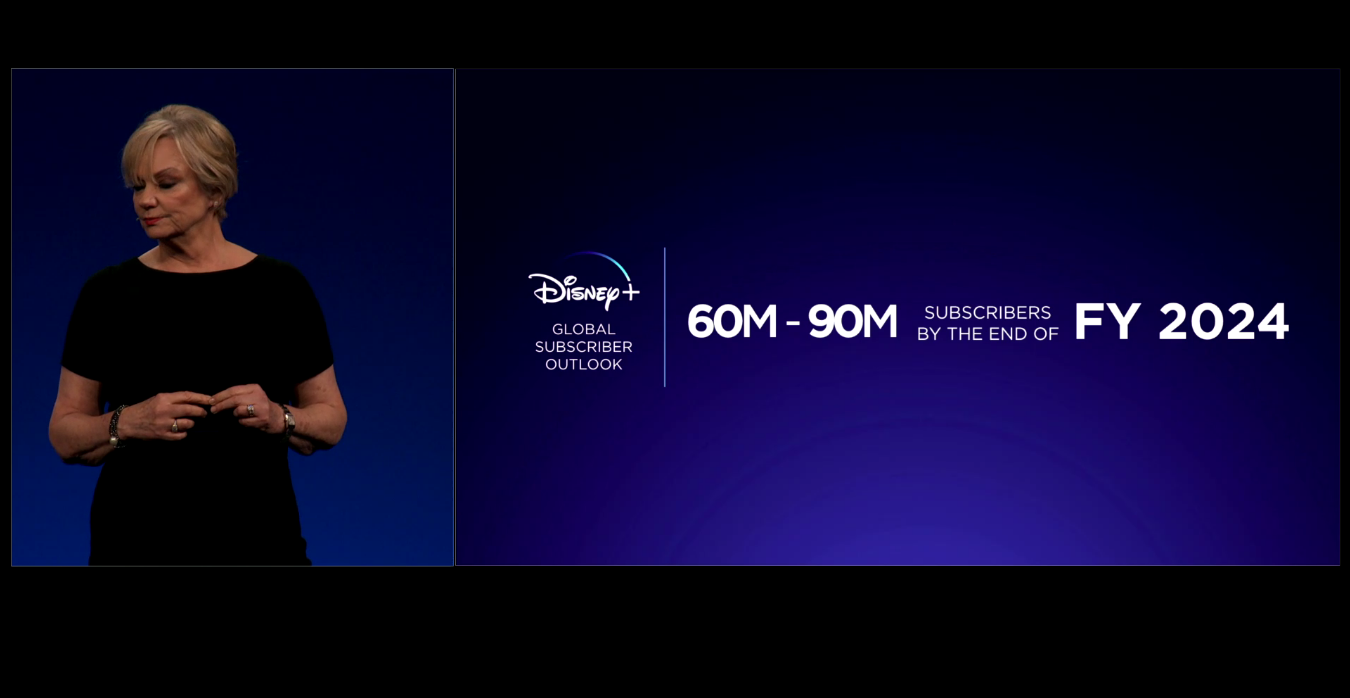 But this past week, Morgan Stanley analyst Benjamin Swinburne predicted that the number of Disney subscribers will be much higher, closer to 130 million subscribers by the end of 2024, when taking Hulu and ESPN+ into consideration as well.

and that because Disney’s prediction for up to 90 million subscribers is only based on them getting 10% of addressable broadband homes to sign up, whereas Netflix has been able to get 25-30% of people with broadband to sign up.

Benjamin also noted that there concerns that Disney Plus could cannibalize other revenue streams.

“While all valid concerns, we believe the market has often overstated the risk and underappreciated the reward of the transition to streaming.  Stepping back and admittedly taking the long view, investing in Disney shares is a play on the durability of its IP. Encouragingly, consumers are already voting with their wallets today, spending an estimated $15-20 billion a year for movies and TV product that will ultimately make its way to Disney+.”

This note from this analyst set Disney’s stock soaring 4% overnight and one of the reasons for this rise in subscribers is that Disney’s international global roll out of Disney+ is expected to be much faster than initially announced, with the US launch in November, with Western Europe following in late 2019 and early 2020.  Disney+ will also be rolling out across the Asia-Pacific region in late 2019 and throughout 2020 into 2021.  With a launch in Latin America in 2021.

Plus Disney is planning on taking Hulu international, but nothing has yet been announced since they only just recently gained control of the streaming service.

Disney knows that Disney+ needs to scale up its subscribers quickly to combat its competition such as Netflix and going global is one of the key ways to do this.  With its low price point and huge brand recognition, Disney+ looks set to be a huge hit for Disney and with three different subscription services available,

Do you think Disney will achieve 130 million subscribers within 5 years?