The first two episodes of Marvel Studios first series “WandaVision” will be coming to Disney+ on Friday, 15th January and to promote the series, Disney has released a new clip from the show along with a new character poster of Monica Rambeau.

Here is a new character poster for Monica Rambeau: 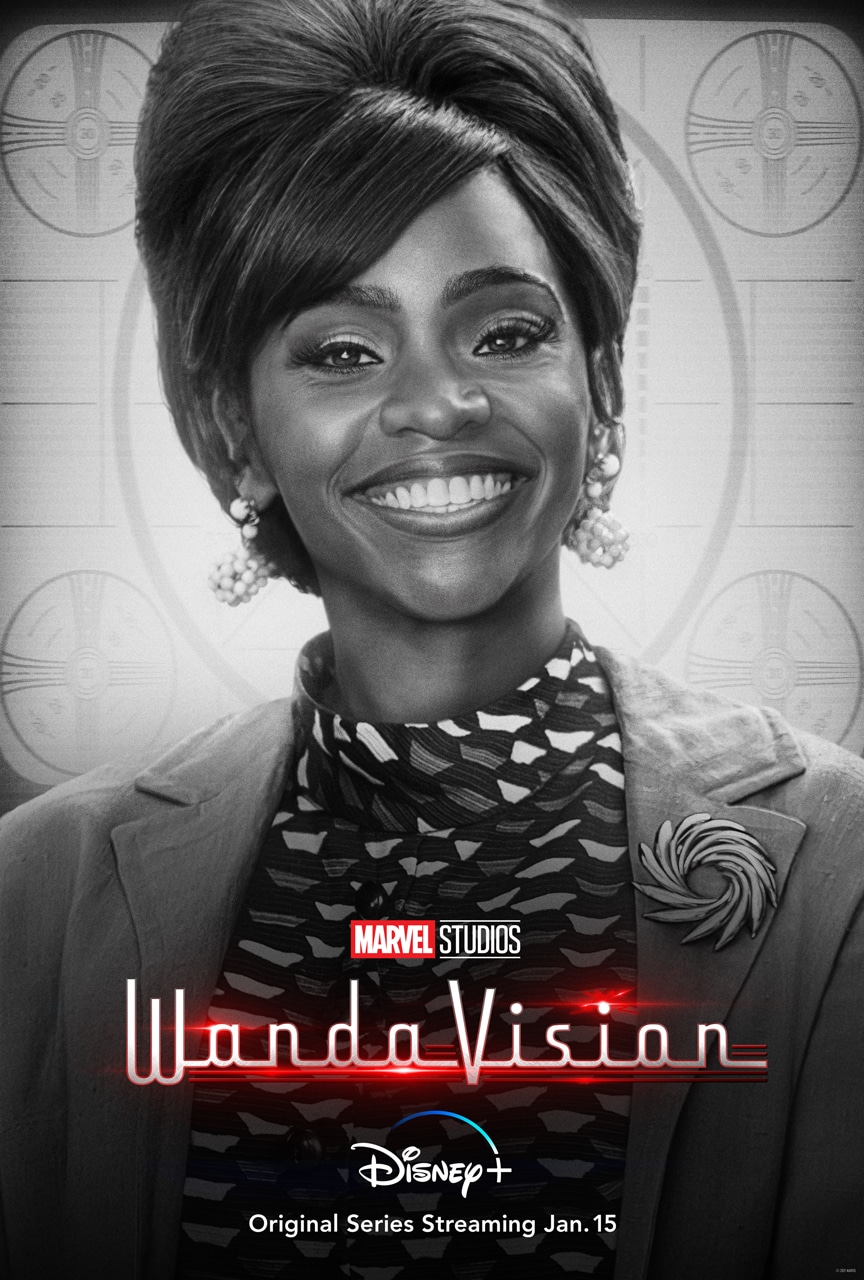 Monica Rambeau is the daughter of Carol Danver’s best friend Maria, has always been like a niece to Carol who liked to call her “Lieutenant Trouble.” At age 11, Monica helped Carol choose the colors for the suit she’d ultimately wear as Captain Marvel. Today, Monica is all grown up, destined for her own adventures, obstacles, setbacks and discoveries.

Teyonah Parris portrays Monica. “I am a huge Marvel fan,” she says. “I first connected with Marvel after seeing ‘Iron Man’ for the first time. My current favorite title is ‘Captain Marvel’—my character’s origin! That film was great fun and amplified girl power.”Parris, who will appear as Monica Rambeau in the upcoming feature “Captain Marvel 2,” adds that filming the complex series has been a great introduction to the MCU. “There are a lot of moving parts to this production,” she says. “It feels like we are making something epic—and there are moments that are a nod to the amazing, iconic television shows from our past. The energy on set has been incredible—from the cast to the crew. It’s clear that we are making something special.”

“WandaVision” is coming to Disney+ from Friday, 15th January.