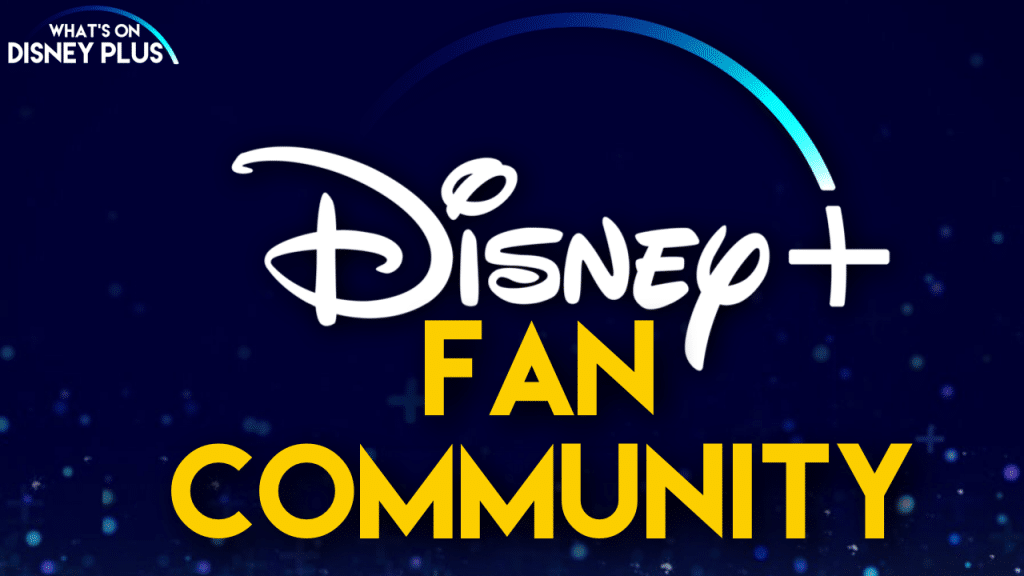 Disney has always prided itself on offering excellent guest relations and it’s begun a new online “Disney+ Fan Community”, which is only going to be available to select members who are invited via email.

This online Disney+ fan community is going to be run by Maru/Matchbox, who is a third party global research and they will be sending members special online surveys, in addition to other activities.

Below is a image of the email, which does require those who are invited to take part in a survey, which will take about 10 minutes to complete. 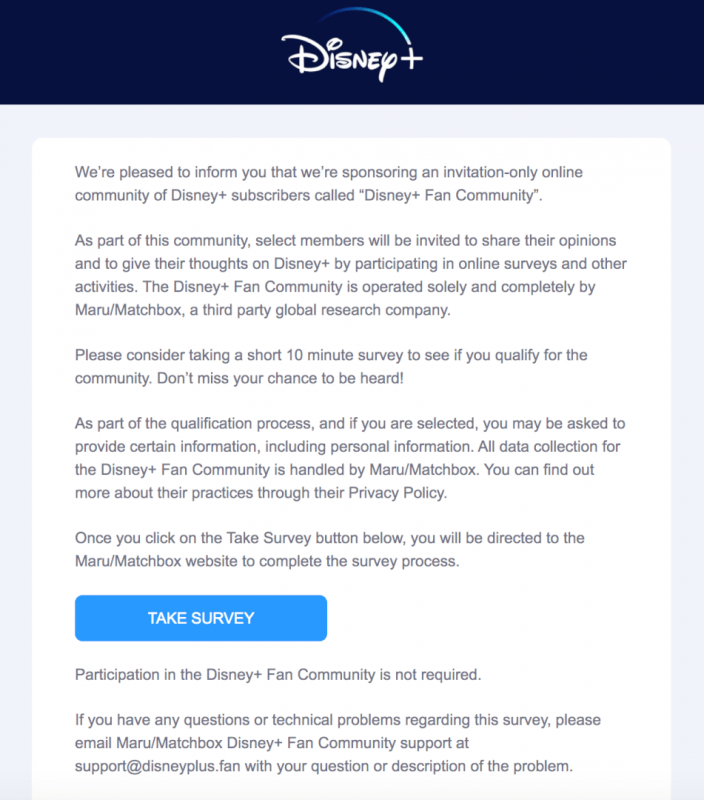 This exclusive “community” looks to basically be nothing more than a way to ask subscribers for their feedback via surveys.  This should give them more feedback on what shows and movies they want to see or what features should be added. However, if this results in a better experience for all Disney+ subscribers, this could be vital information for Disney.

Remember, this is only going to be available to those who are emailed directly from Disney.

If you want to chat to other Disney+ subscribers, why not join our own Disney+ Facebook Group, which has over 130,000 members and we will only ask you two simple questions to join.  Click here to join

Would you like to be a member of the official Disney+ Fan Community?

Source – Inside the Magic