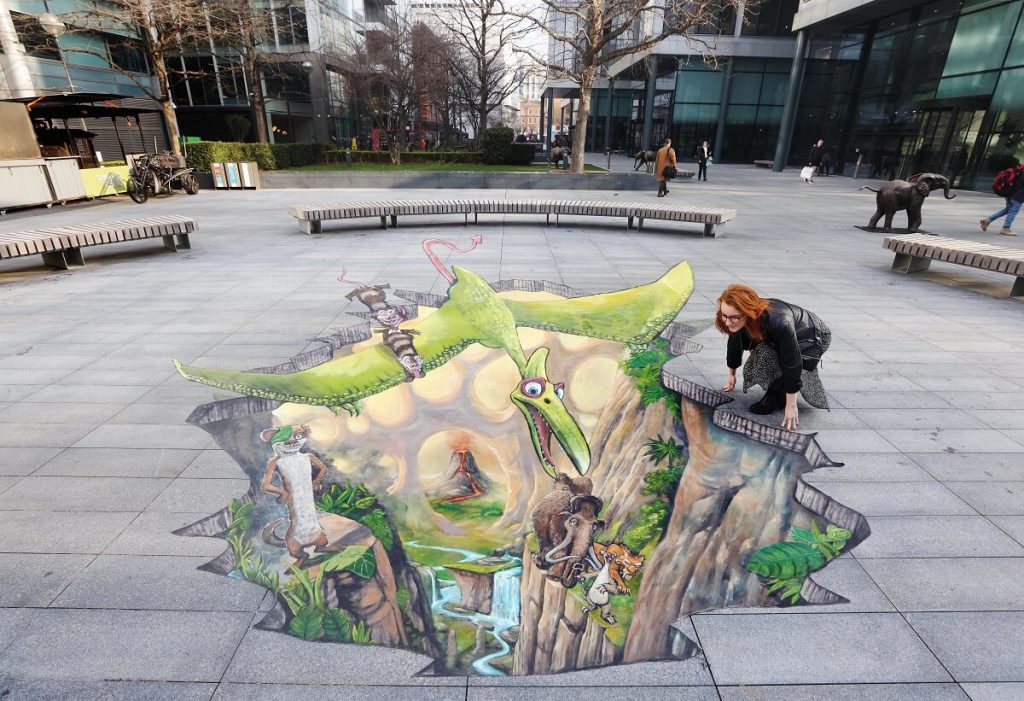 To celebrate the launch of the new animated film, “The Ice Age Adventures Of Buck Wild”, which is coming to Disney+ in many countries including the UK, Australia and New Zealand on Friday 25th March 2022.

Disney has invited fans to leap into the Lost World by visiting Bishop’s Square in the heart of London’s Spitalfields, where a special 3D artwork has been created by Street Artist Joe & Max.

The artwork will be available to view until 6:00pm on Tuesday 22nd March, after which it will continue to be used for events supporting The Walt Disney Company’s long-standing charity partners such as Make-A-Wish UK, helping create Moment That Matter for seriously ill children and those closest to them.

The artist, will be on-site today painting a second piece of art inspired by The Ice Age Adventures of Buck Wild live – which will also be donated to charity – giving members of the public a unique opportunity to see it being created. 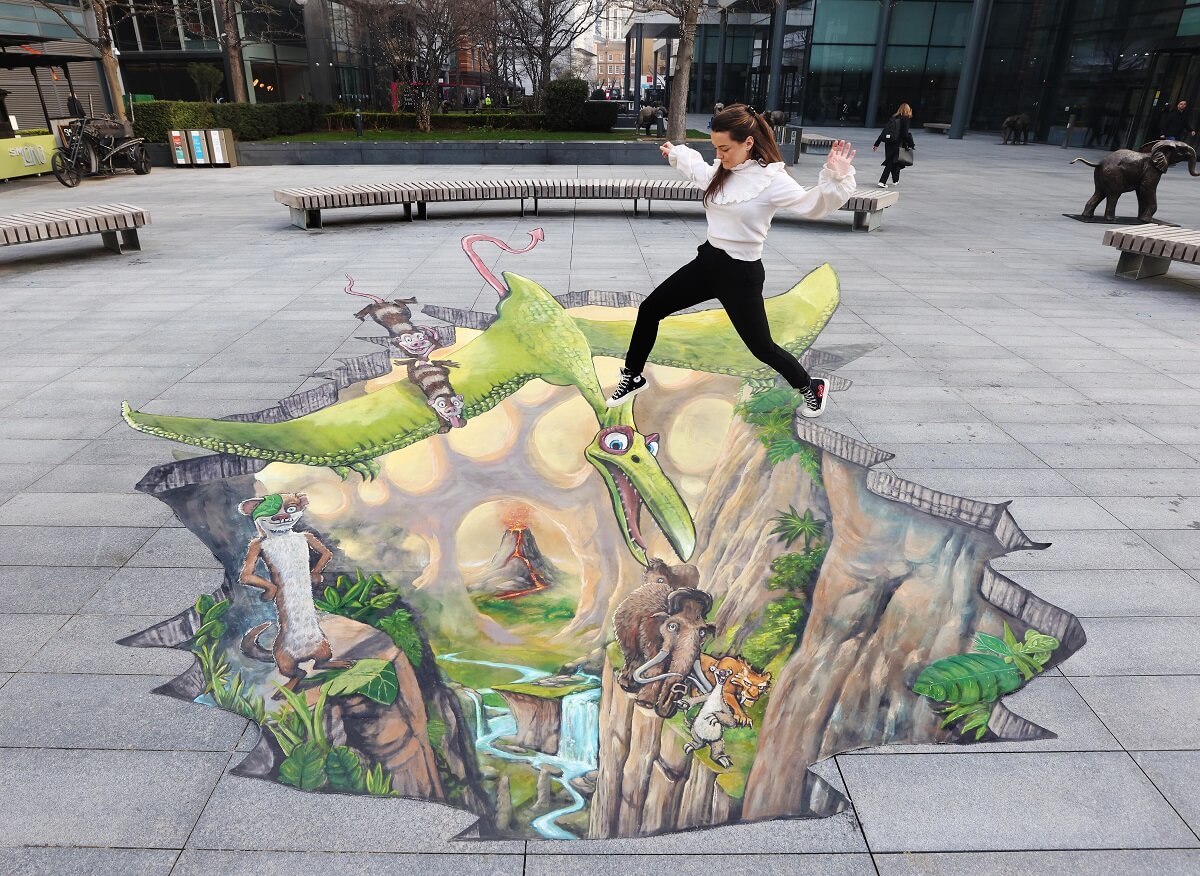 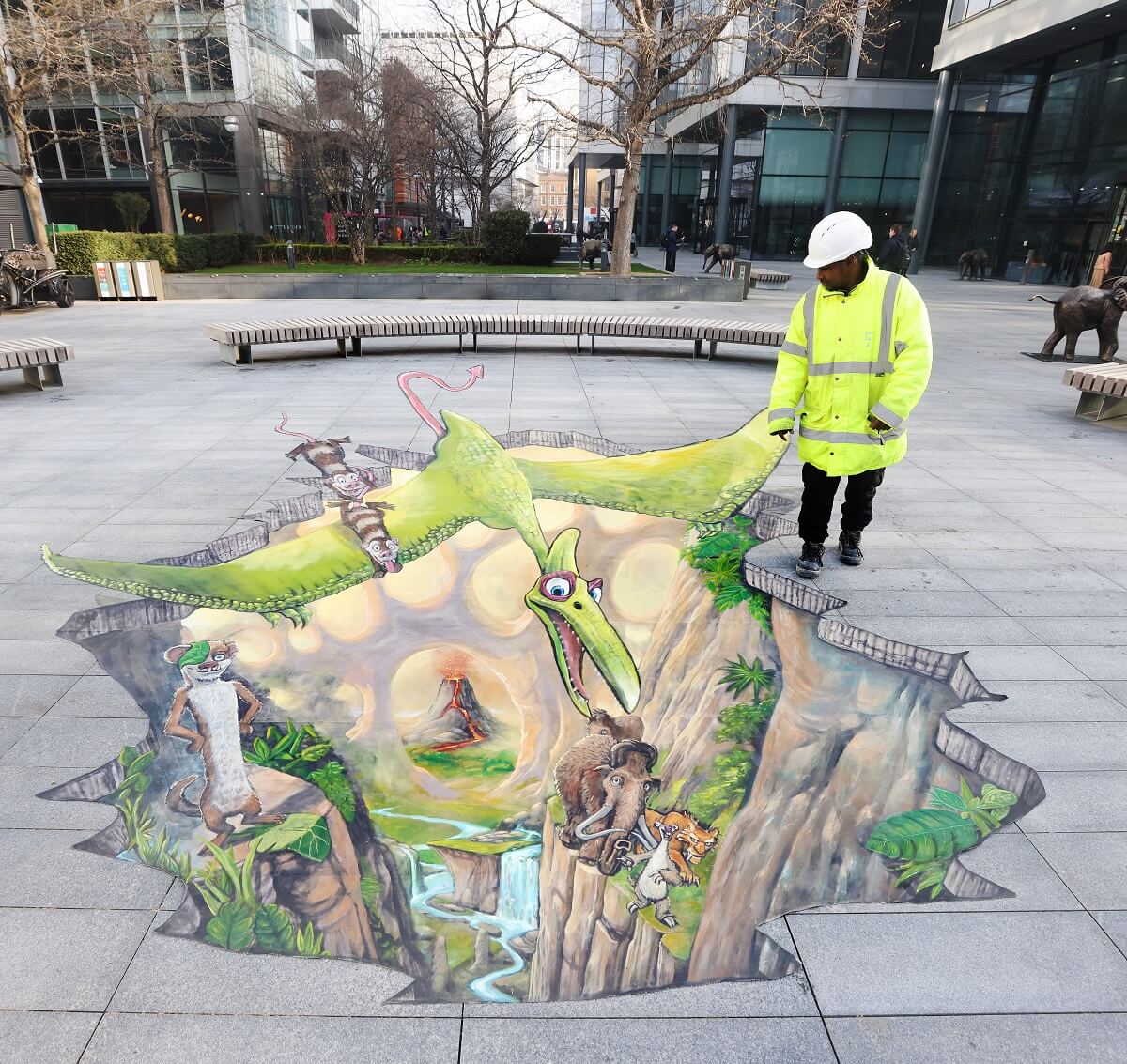 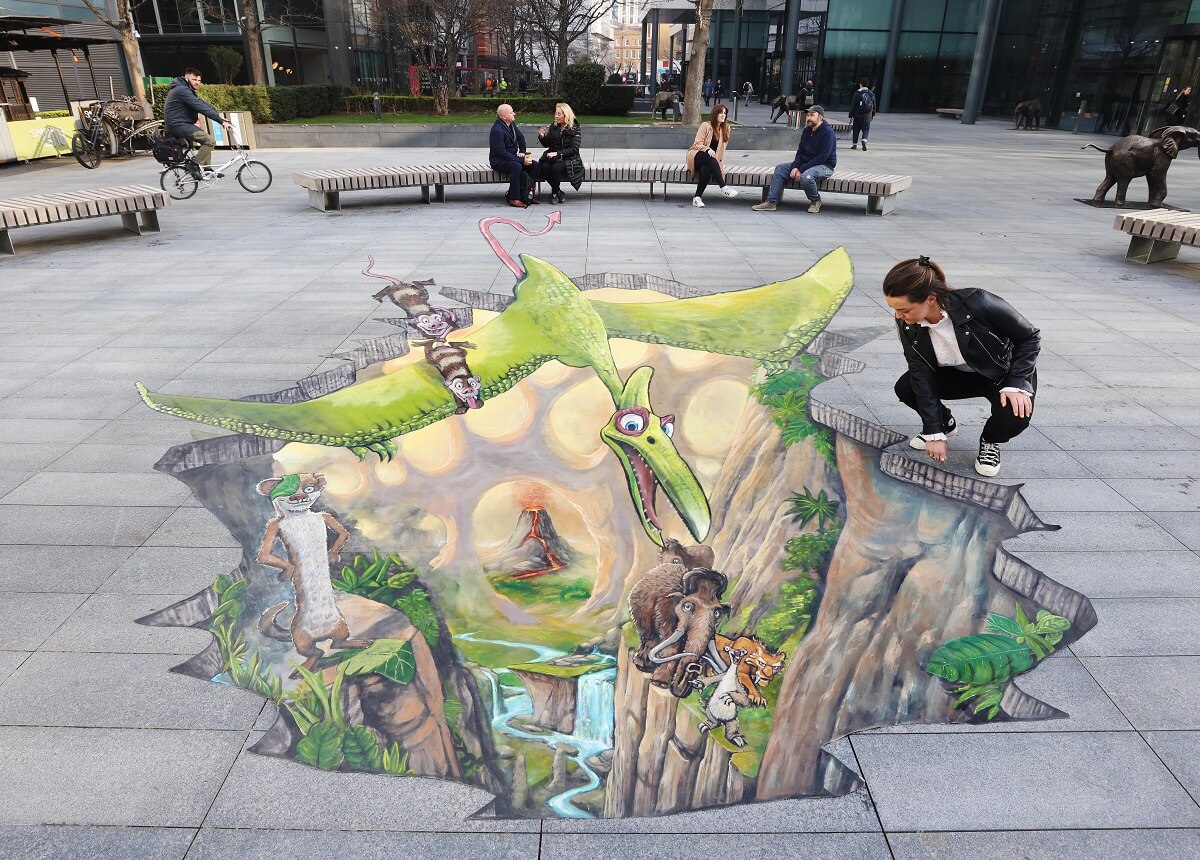 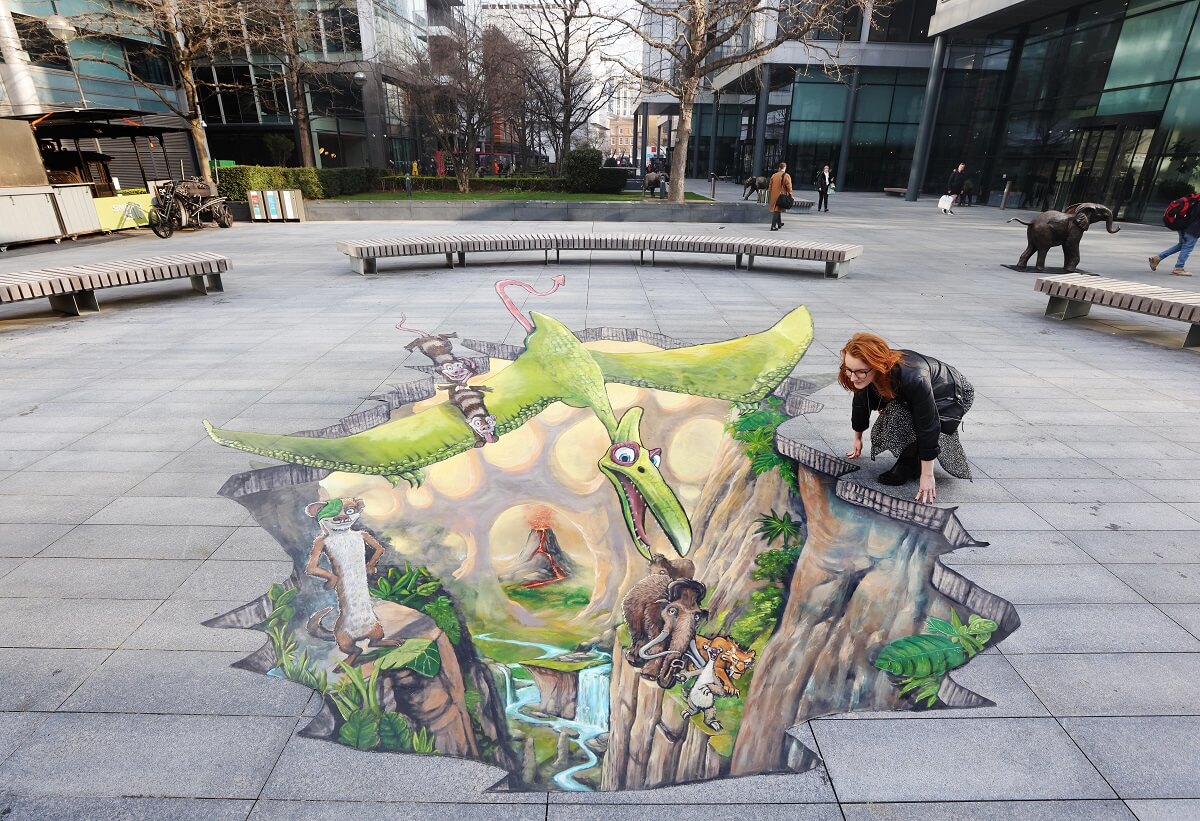 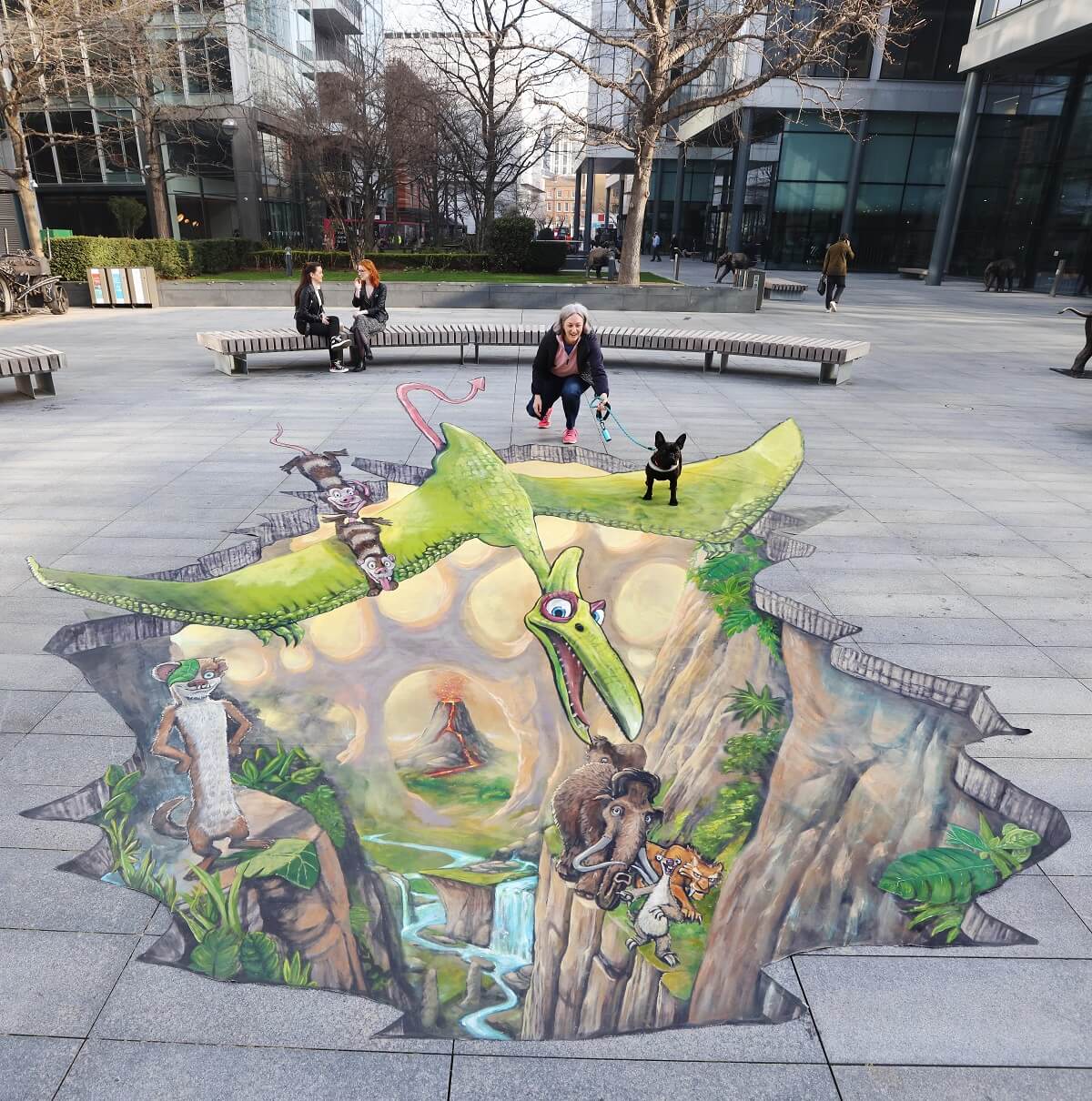 Are you looking forward to watching “The Ice Age Adventures Of Buck Wild”?

Roger has been a Disney fan since he was a kid and this interest has grown over the years. He has visited Disney Parks around the globe and has a vast collection of Disney movies and collectibles. He is the owner of What's On Disney Plus & DisKingdom. Email: Roger@WhatsOnDisneyPlus.com Twitter: Twitter.com/RogPalmerUK Facebook: Facebook.com/rogpalmeruk
View all posts
Tags: buck wild, ice age