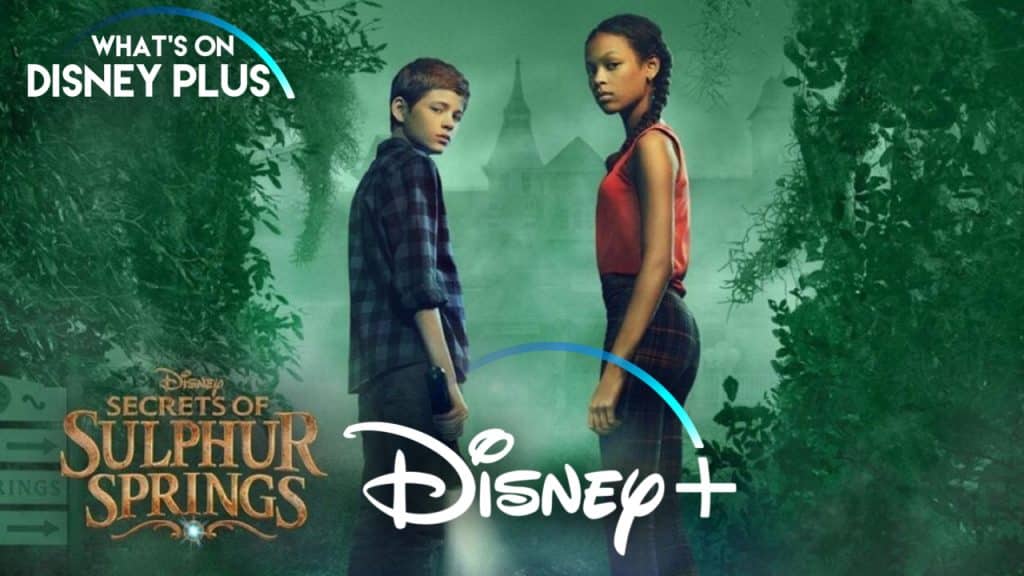 Earlier this month, the Disney Channel debuted a brand new live-action series “Secrets Of Sulphur Springs” and Disney is doing something a little different with the release schedule for Disney+.

Up until now, new Disney Channel shows wouldn’t appear on Disney+ until about a month after the finale had aired.  This often resulted in new shows taking almost a year to arrive on Disney+ after their first broadcast, especially if there was a mid-season break.

However, “Secrets Of Sulphur Springs”, Disney announced that it would be releasing the first 5 episodes of the show onto Disney+ in the United States on Friday 26th January.  This marks the first time this has happened in the United States.  It’s been happening for a while with some of the Disney Channel shows in Australia, New Zealand and the United Kingdom, since those countries no longer have Disney Channels available.

The show was originally going to be a Disney+ Original, but was moved over to the Disney Channel for its debut.

This new release schedule will hopefully be something that is applied to other Disney Channel and National Geographic shows in the future, as bringing them onto Disney+ earlier, is much better for subscribers.  Hulu already gets shows from ABC and FX the following day after they air and DisneyNOW gets new episodes on the same day they debut.

Are you excited to see “Secrets Of Sulphur Springs” on Disney+?