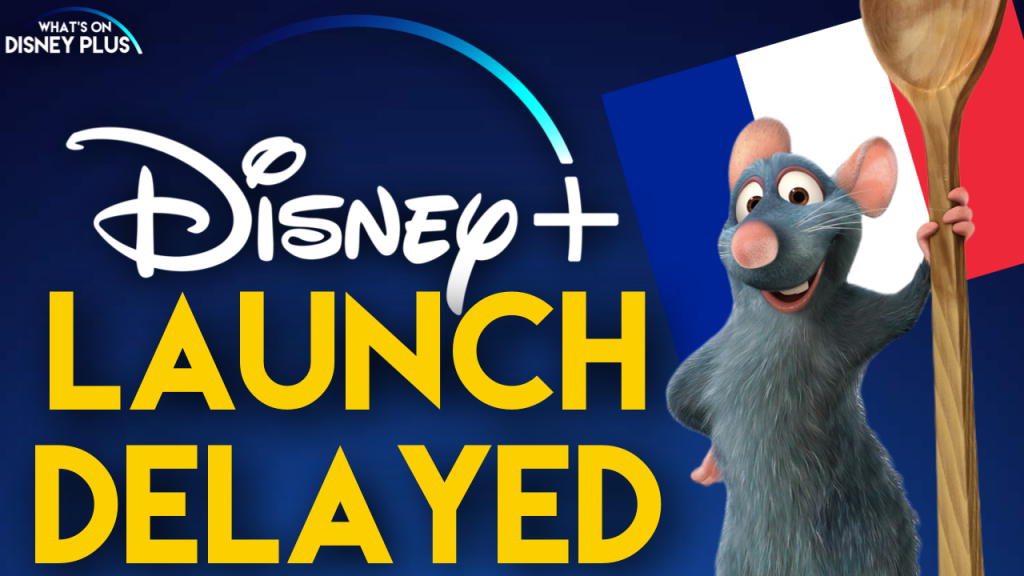 Disney+ is set to launch in some European countries on Tuesday 24th March including the UK, Ireland, Germany, Italy, Spain, Austria, and Switzerland on March 24th. Click here to pre-order

However, due to the issues with the Coronavirus affecting the stability of the internet in France, Disney has announced the launch of Disney+ has been delayed until April 7th.

Still a little patience for our French fans, our Disney + streaming service is coming soon … but at the request of @GouvernementFR , we have agreed to postpone the launch until Tuesday, April 7, 2020.

This follows news that the European Union Commissioner has asked streaming services to reduce the quality of video to help reduce demand on the internet, due to millions of people being home in isolation. Amazon, Netflix and YouTube have agreed to a temporary reduction of video quality to help the situation.

And news earlier this week that the Indian launch of Disney+ has also been delayed due to the Coronavirus.

Roger has been a Disney fan since he was a kid and this interest has grown over the years. He has visited Disney Parks around the globe and has a vast collection of Disney movies and collectibles. He is the owner of What's On Disney Plus & DisKingdom. Email: Roger@WhatsOnDisneyPlus.com Twitter: Twitter.com/RogPalmerUK Facebook: Facebook.com/rogpalmeruk
View all posts
Tags: disney, europe, france