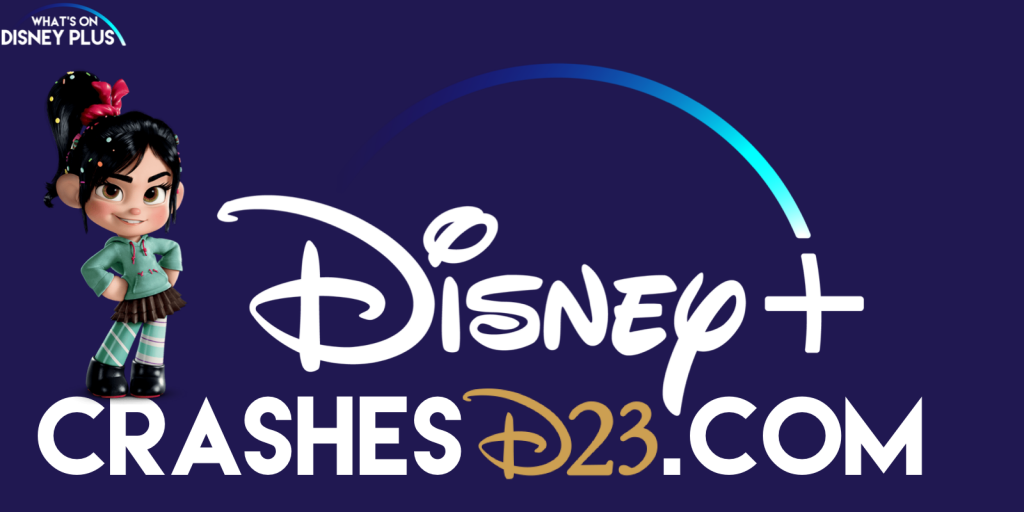 Following a huge weekend of Disney+ hype from the D23 Expo, Disney+ is getting one of its first big public tests this week as members of the official Disney Fan Club (D23) are able to sign up to a special promotion that is only available this week. The offer lets members get 33% off the price of a three year subscription, which works out at around $140 plus tax.

However the lure of this deal has lead to major issues for the official D23 website. When trying to access the site, visitors are now greeted with an error message featuring Vanellope from “Wreck It Ralph”. 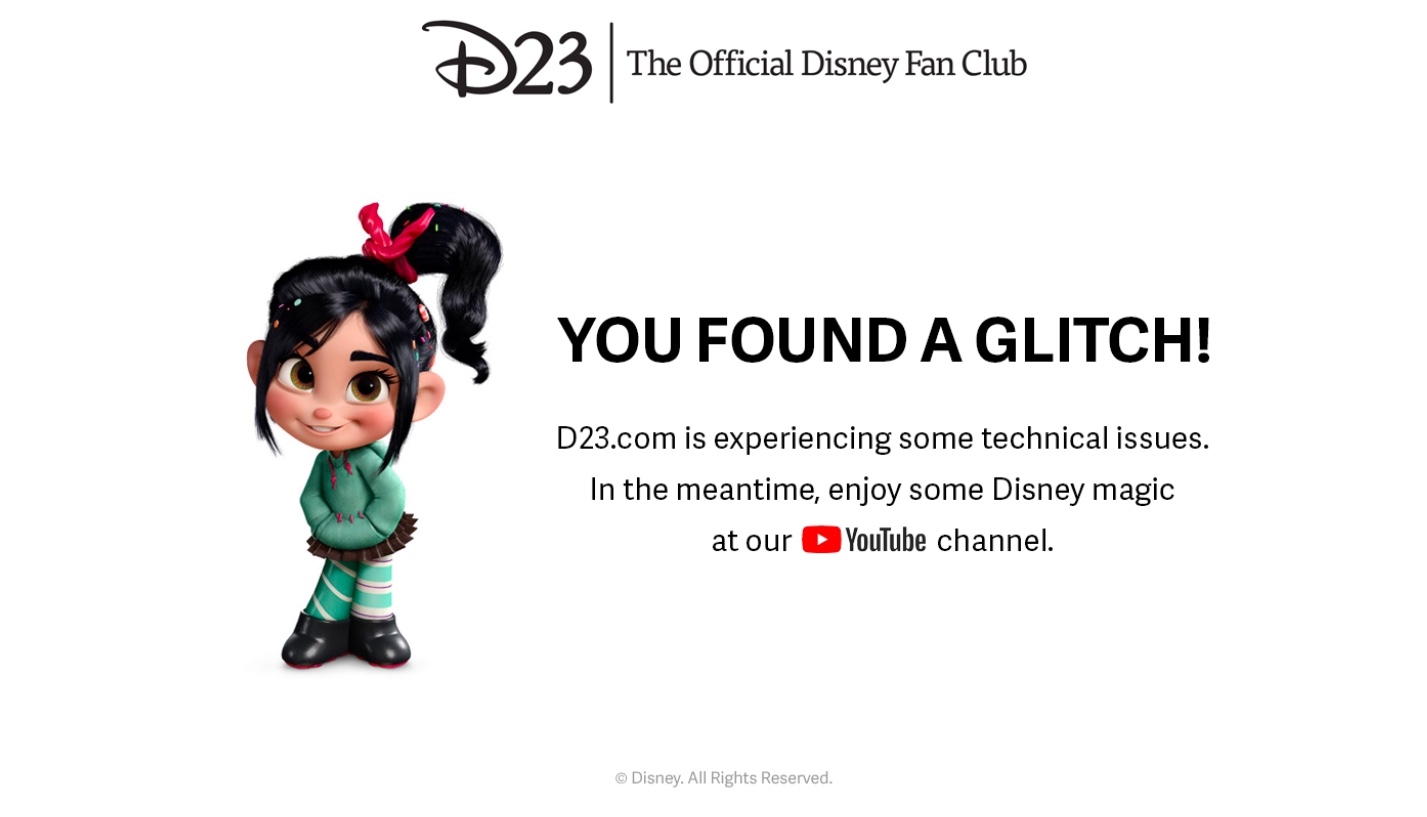 Members of our Disney Plus Facebook Group have been reporting issues with the site since the promotion started on Monday, with many unable to see the “redeem” option within their account page. With new members being told it might be up to 36 hours before they can see the deal within the account section.

The Disney Streaming Services team have been making preparations for the launch, to make sure there isn’t any technical issues, however this situation might fall on a different technical department.  But this issue will still no doubt be causing major embarrassment for the team and hopefully lessons will be learned to prevent this happening again.

No doubt the demand for the 3 year subscription package is high enough to cause the issues, but at least it shows how popular the new streaming service will be. But hopefully this problem won’t be repeated when subscriptions open officially at DisneyPlus.com or on launch day.

It’s worth noting the promotion ends on September 2nd, so don’t panic if you’ve not been able to sign up today.

We will update the story when the problem is resolved.

Roger has been a Disney fan since he was a kid and this interest has grown over the years. He has visited Disney Parks around the globe and has a vast collection of Disney movies and collectibles. He is the owner of What's On Disney Plus & DisKingdom. Email: Roger@WhatsOnDisneyPlus.com Twitter: Twitter.com/RogPalmerUK Facebook: Facebook.com/rogpalmeruk
View all posts
Tags: d23, disney