A team of scientists try to determine how many Great White sharks are swimming in the Pacific Ocean off the West Coast of North America in the National Geographic documentary, “Counting Jaws.” This team is counting three tribes of sharks that usually stick to the same waters in the Pacific Ocean. Two of the locations are off the coast of California while the other is off the coast of Mexico. But, eventually, the crew learns that some sharks from the Southern most tribe are mixing with sharks from the other tribes and there could be thousands more great white sharks in the region than previously believed.

This is an intriguing documentary due to the natural curiosity that surrounds great white sharks. While they are far from the most common or most dangerous to human sharks, they are the ones that people think of when they consider fear of sharks. It’s always interesting to see when they show up in places that normally aren’t thought of as a hotbed for great whites. While these areas are common for great whites, many scientists have always believed this species of shark to be tribal, so it’s incredibly interesting when we see tribes mix. 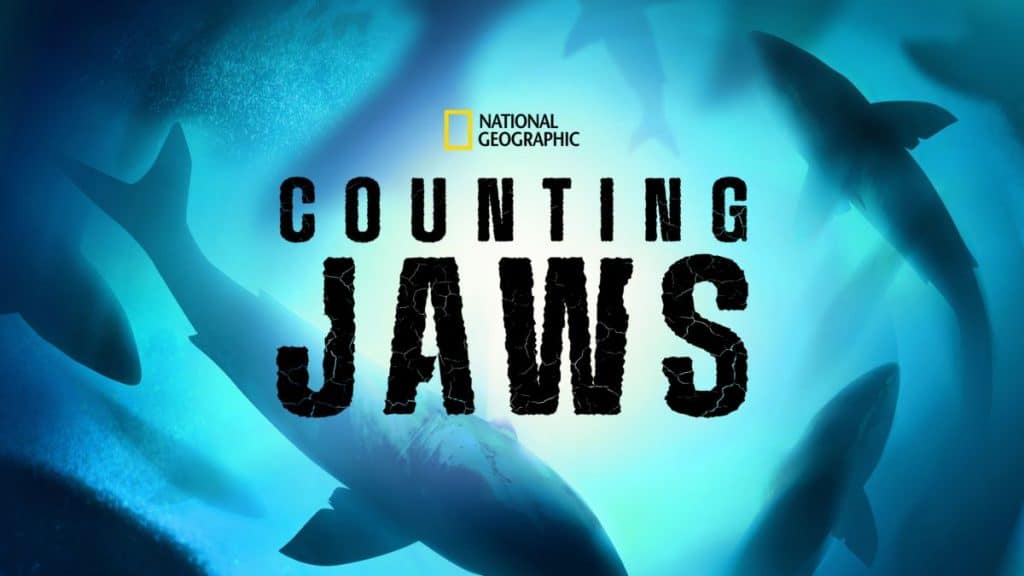 I loved seeing how these scientists had to just worry about taking pictures of the sharks and figuring out which picture goes with which shark later. They are surrounded by so many sharks at these locations that taking pictures of each side of the shark and immediately matching them up proves impossible. It’s very interesting to see that many sharks in one place, plus how scientists adapt to that many sharks at one time. This is something that’s not for the faint of heart and these men and women really shine.

This is not my favorite documentary of the ones I’ve watched so far this SharkFest. So far, I believe that is “Sky Sharks.” But this one definitely caught my eye more than most. I loved seeing that many great white sharks. I love to see their behavioral habits and what might lead them to change. They are an interesting bunch of creatures and this documentary went a long way on the path to entertaining while still being informative.

What did you think of “Counting Jaws?”

Jeremy has been a big Disney fan since he was a kid growing up during the Disney Renaissance. One day he hopes to go to every Disney Park in the world.
View all posts
Tags: Counting Jaws, disney, documentary, national geographic, review, sharkfest, Sharks