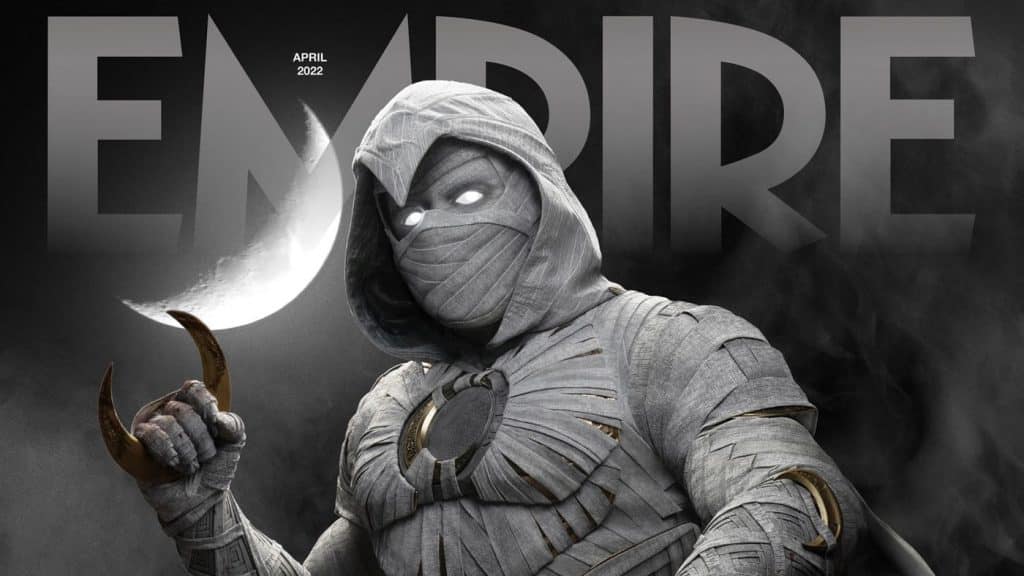 The next new Marvel Studios series to arrive on Disney+ in “Moon Knight”, which follows Steven Grant, a mild-mannered gift-shop employee, who becomes plagued with blackouts and memories of another life. Steven discovers he has dissociative identity disorder and shares a body with mercenary Marc Spector. As Steven/Marc’s enemies converge upon them, they must navigate their complex identities while thrust into a deadly mystery among the powerful gods of Egypt.

The main magazine cover features Moon Knight in all his glory – eyes glowing, crescent weapons in hand, blood on his knuckles, and cape flowing in the darkness.

There is also a special subscriber cover is illustrated exclusively for Empire by legendary Moon Knight comic book artist Bill Sienkiewicz, which draws a spectral evocation of Marc Spector in all his Ancient Egyptian splendoura

And as a sneak peek, Empire has released a special image of Mr Knight, another alter ego of Steven Grant, aka Marc Spector aka Moon Knight. 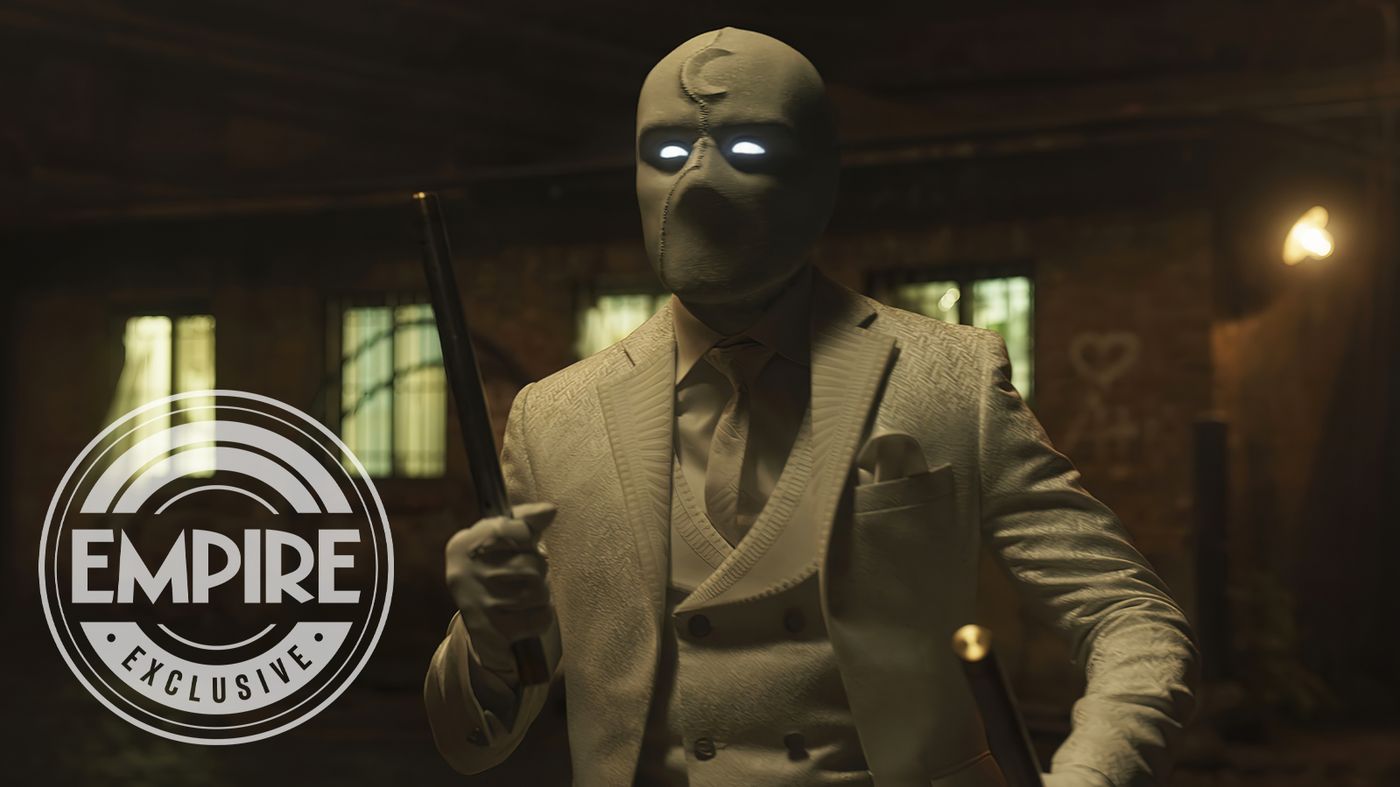 Marvel Studios President Kevin Fiege has also given us an indication that the upcoming “Moon Knight” series is going to be a little different to what we’ve seen from the MCU so far.

“He’s brutal. It’s been fun to work with Disney+ and see the boundaries shifting on what we’re able to do. There are moments [in the series] when Moon Knight is wailing on another character, and it is loud and brutal, and the knee-jerk reaction is, ‘We’re gonna pull back on this, right?’ No. We’re not pulling back. There’s a tonal shift. This is a different thing. This is Moon Knight.”

This “Moon Knight” issue of Empire goes on sale on Thursday 17th February, and is available to pre-order online here.