Last year, it was reported that Star Wars actor Oscar Issac would be playing the role of “MoonKnight” in the upcoming Marvel Disney+ series of the same name.  However, nothing has officially been announced by Disney or Oscar Issac.

Recently, Canadian cinematographer Gregory Middleton took to Instagram to reveal that he is now working on the new Disney+ series and was geotagged as being located in Budapest, Hungary to film the series.

“Well the secret is out.  It’s an honor to be a part of introducing a new character to the MCU #MoonKnight. Who says cinematographers worry about white costumes! … not if they are complex characters played by an amazing performer like @officialoscarrisaac. Thank you director Mohamed Diab and the #mcu for inviting me aboard.” 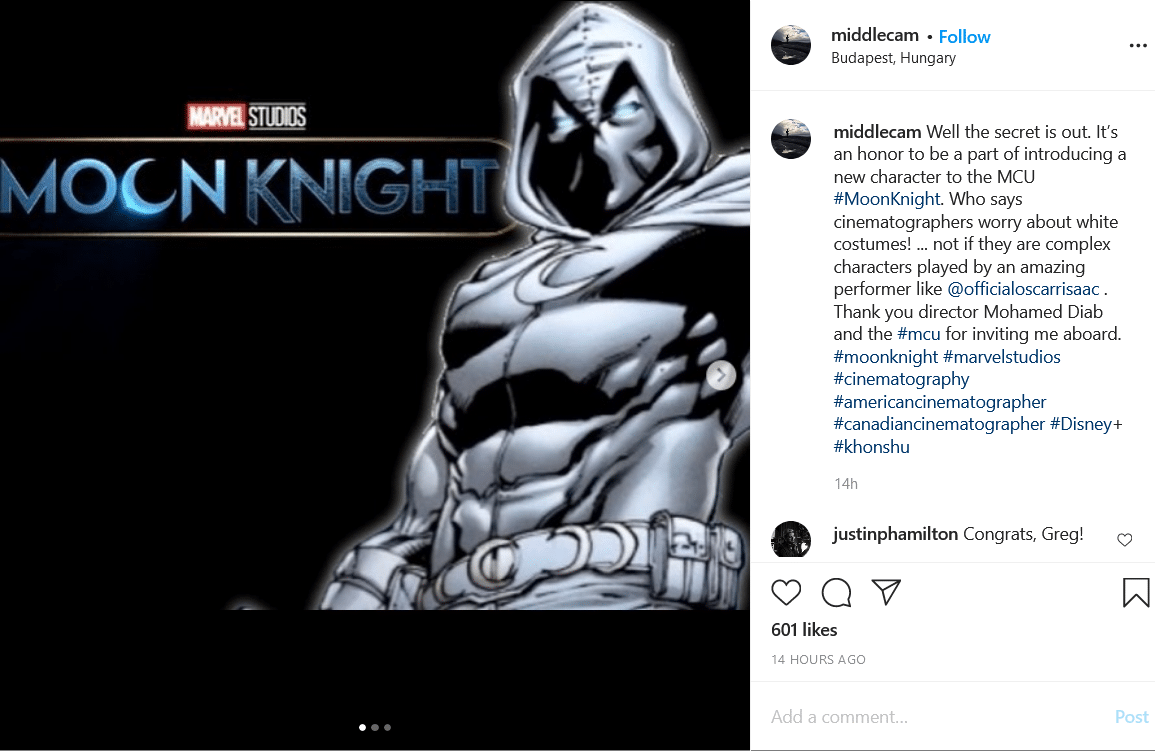 Middleton has previously worked as a cinematographer on “Watchmen”, “Game of Thrones” and “Smallville”.

Directed by Mohamed Diab, the action-adventure features a complex vigilante who suffers from a dissociative identity disorder. The multiple identities who live inside him are distinct characters who appear against a backdrop of Egyptian iconography.

Are you excited to see “MoonKnight” on Disney+?