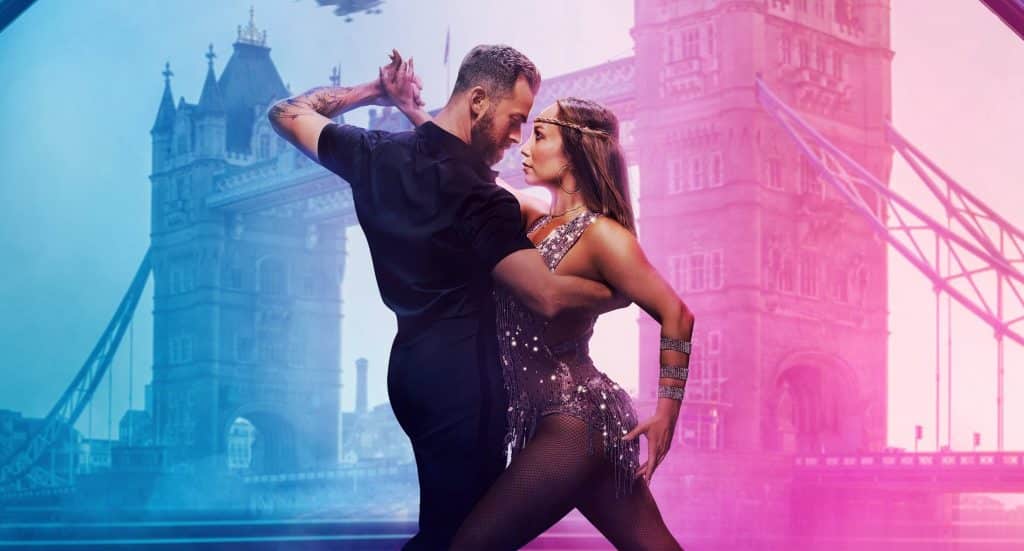 The third episode of “Dancing With The Stars” had a James Bond theme, and the show kicked off with an opening number featuring Derek Hough running around like a spy and rappelling down to the ballroom and joining Peta Murgatroyd in a dance.

Check out the James Bond opening number below:

The first three episodes of the latest season of “Dancing With The Stars” are available to stream now on Disney+ in the United States and Canada.