If you didn’t pull the trigger on the Disney Streaming Bundle of ESPN+, Hulu and Disney+ at launch, but are interested in adding Disney’s more adult oriented content from Hulu, there is a special Black Friday deal running until December 2nd. 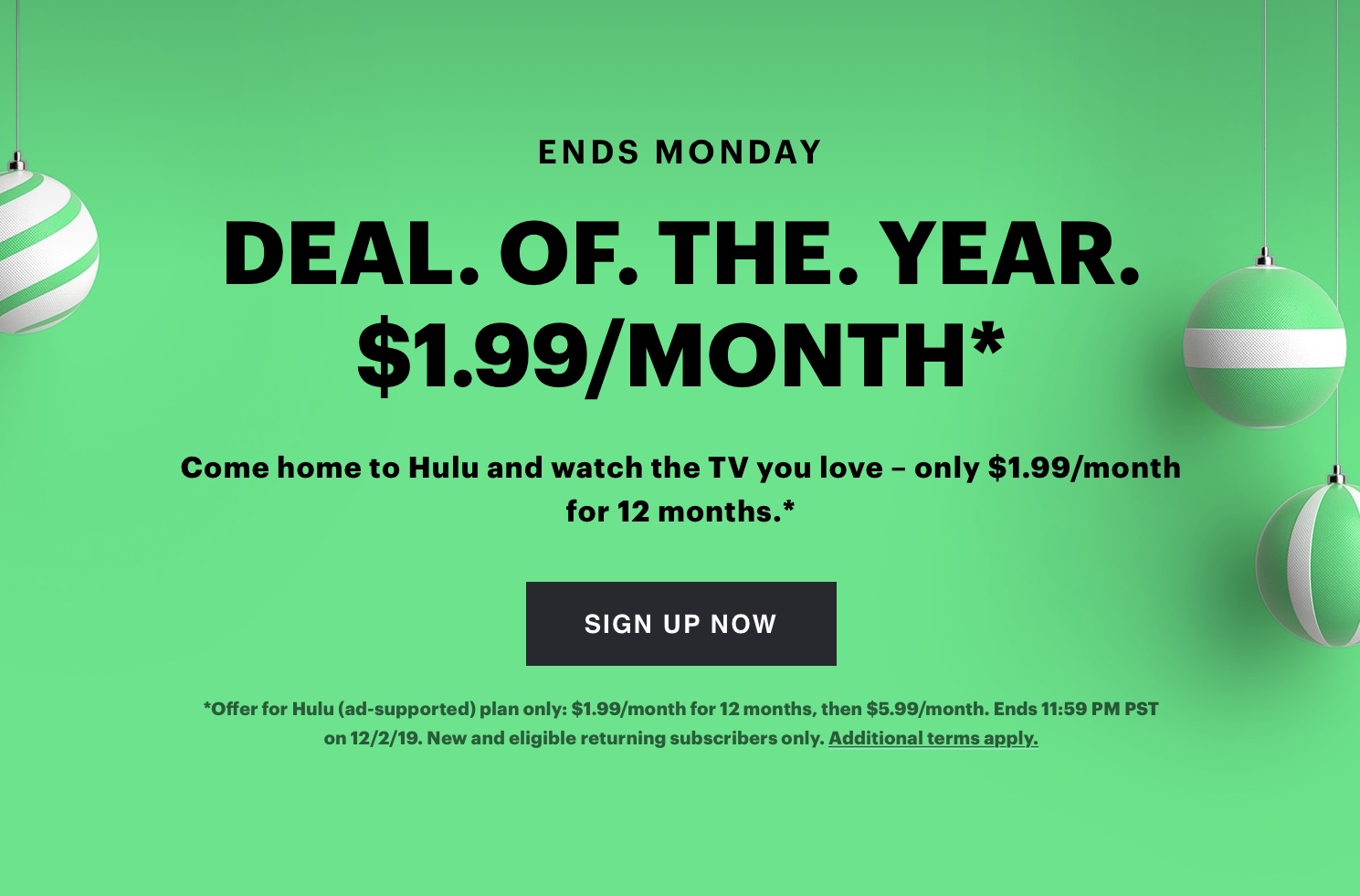 The offer is only valid for new and eligible returning subscribers (who have not been Hulu subscribers in the past 12 months) only. Not combinable with any free trial of the Hulu (ad-supported) plan or any other promotional offers or pricing (including the Disney bundle); not redeemable via gift card. Any plan switch after redemption of this offer will result in forfeiture of the discount pricing.

Roger has been a Disney fan since he was a kid and this interest has grown over the years. He has visited Disney Parks around the globe and has a vast collection of Disney movies and collectibles. He is the owner of What's On Disney Plus & DisKingdom. Email: Roger@WhatsOnDisneyPlus.com Twitter: Twitter.com/RogPalmerUK Facebook: Facebook.com/rogpalmeruk
View all posts
Tags: black friday, hulu