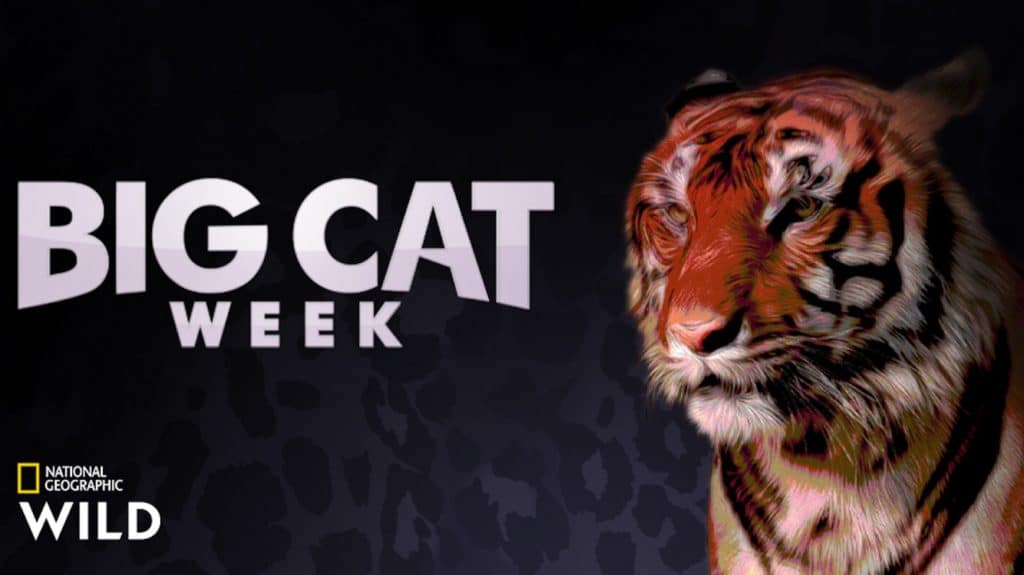 Nat Geo WILD is showcasing some of its biggest and rarest cats to date as the network celebrates its 11th year of “Big Cat Week”.

The event starts on Sunday, 30th January and this special event includes 11 in-depth programs, each exploring an entirely different big cat species, their struggles as they face extinction, as well as rare, never-before-seen footage in their natural habitats spanning from the Okavango Delta to the Serengeti to Thailand and more.

With each passing year, big cats are faced with greater challenges and risk of extinction. The National Geographic Society is committed to raising awareness of big cats’ adverse situations through programming events such as BIG CAT WEEK, partnering with leading experts, funding research initiatives, and supporting impactful conservation efforts across the planet.

Additionally, “Big Cat Week” features a special series from award-winning filmmakers, National Geographic Explorers and wildlife conservationists Dereck and Beverly Joubert, who have been filming, researching and exploring in Africa for over 35 years.

Disney+ in the United States is also getting some of these “Big Cat Week” specials in February, including:

Records the battle for the survival of the big cats and reveals intimate details of their lives. The animals they prey on are also in the film: tigers couldn’t survive without sika deer, Altai wapiti, wild boars and Asian black bears. Guiding the viewer through the film, an elder tiger tells the story of his cub, born in a conservation area, the year after he leaves his mother. His search for a territory reveals the problems facing tigers in Russia’s Far East and the conflicts that arise when he strays into human settlements. The young tiger takes the viewer to places where the fate of Siberian tigers will be decided: vast forests, remote villages and the cities at the edge of the wilderness.

Set in Kenya, the story tells of how Immani protects her four cubs against other male cheetahs and other predators. By Dereck and Beverly Joubert.

The hot, dry, deciduous jungles of South India are no place for a melanistic leopard – but Saya is different. He is the only black panther in the entire Kabini Forest, and he’s got one thing on his mind: to take over this leopard paradise. But Scarface, the current ruler, won’t give it up easily. This is a story of astounding adaptability and success, the journey of Saya – THE REAL BLACK PANTHER. 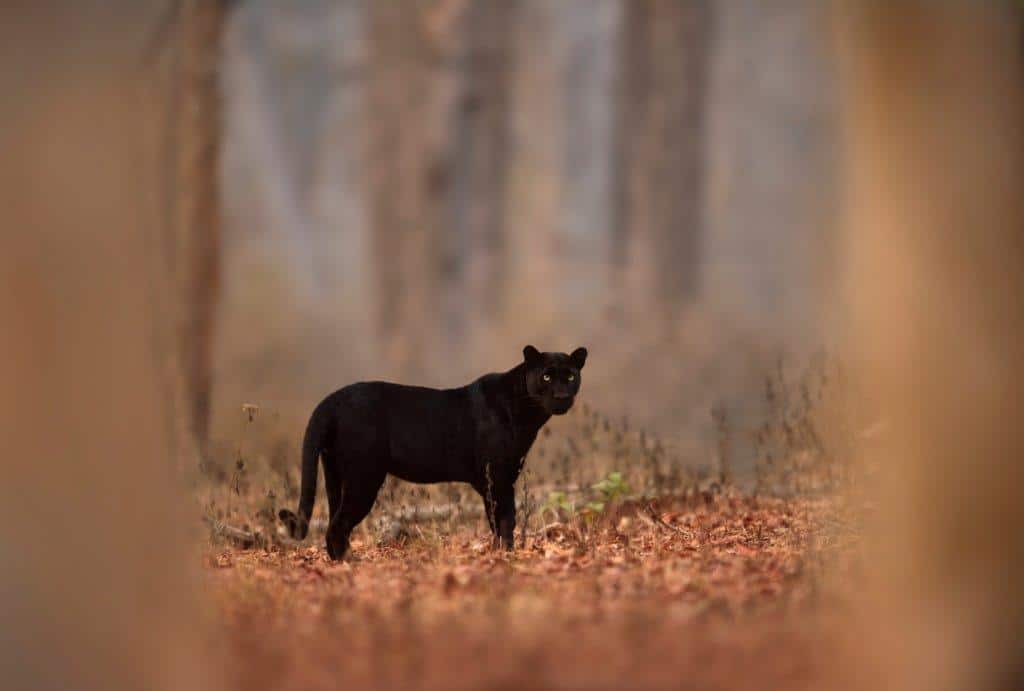 Other documentaries airing on Nat Geo Wild during Big Cat Week include:

We take a rare look into one of White’s true passions — big cats! Celebrate her life and advocacy for animals as we remember when she headed to the Los Angeles and San Diego zoos to get up close to big cats. White weaves her natural wit as we look at the cats’ individual behavioral traits and learn where they live, how many are left in the wild, and the challenges they face. January 30 at 8/7c

Big cat biologist Alexander Braczkowski returns to Uganda to embed with the mysterious tree-climbing lions of Queen Elizabeth National Park. He sets out to uncover their unique climbing culture, but along the way, he gets to know them one on one and reveals the prides’ dramatic fight for survival and their determination to help their cubs survive their first year of life. January 30 at 11/10c

Dereck and Beverly Joubert lead viewers on their incredible journey with big cats — from the first time big cats captured their hearts through their boundless dedication to protecting these iconic predators. This story explores how the Jouberts got started and delves into their personal lives as National Geographic filmmakers and Explorers. January 31 at 9/8c

Dereck and Beverly Joubert dive deeper into the issues that surround big cats, specifically African lions and leopards. What challenges do these iconic big cats face? How have these lions and leopards survived and adapted over the decades? The Jouberts lead viewers on an epic journey through the lives of big cats and their most iconic moments. January 31 at 10/9c

A buffalo herd of over 1,200 is forced to move through three lion territories while being confined by the floodwaters on a small island in the Okavango. As the buffalo strategize their advancements, the lions react to each and every move they make. From the Joubert’s home base in Botswana comes the epic story of buffalo and lions surviving and adapting to each other. Narrated by Jeremy Irons. February 1 at 9/8c

National Geographic filmmakers Dereck and Beverly Joubert explore how some animals are thrust together by the forces of nature — sometimes through a millennium of evolution or even last year’s drought. In the aftermath of strange elephant deaths, they piece together a visually stunning story that confirms their theory that lions were hunting elephants. Narrated by Jeremy Irons. February 1 at 10/9c

Eye of the Leopard: Revealed

National Geographic filmmakers Dereck and Beverly Joubert set out to create a film on leopards but never imagined they would be seduced by a small, eight-day-old cub named Legadema. EYE OF THE LEOPARD follows Legadema’s journey from a playful cub to a skilled huntress. Narrated by Jeremy Irons. February 2 at 9/8c

Joubert’s Emmy®-winning film is back with stunning remastered footage. Propelled by Jeremy Irons’ gripping narration, ETERNAL ENEMIES reveals the story of conflict between lions and hyenas, relatively unknown or even suspected in the scientific world before this. The intense relationship and enduring rivalry between the two species play out in a battle of survival. February 2 at 10/9c

War of the Lions

From savannahs bursting with game to deserts with not a drop to drink, all lion kingdoms are not created equal … so who is the REAL king of the beasts? February 3 at 9/8c

Many of these documentaries are already available on Disney+

Will you be checking out any of these “Big Cat Week” documentaries?

Roger has been a Disney fan since he was a kid and this interest has grown over the years. He has visited Disney Parks around the globe and has a vast collection of Disney movies and collectibles. He is the owner of What's On Disney Plus & DisKingdom. Email: Roger@WhatsOnDisneyPlus.com Twitter: Twitter.com/RogPalmerUK Facebook: Facebook.com/rogpalmeruk
View all posts
Tags: big cat week