Disney has released the trailer for the upcoming Hulu Original unscripted series “Back in the Groove”, which is going to be hosted by Taye Diggs, who is also an executive producer on the show.

Three single women in their 40s, all stuck in the grind of their everyday lives, will check OUT of their comfort zones and check INTO The Groove Hotel, a magical resort on the beautiful island of the Dominican Republic – where the goal is to rediscover their youth, live joyously, and hopefully find love with men HALF. THEIR. AGE. As the saying goes, “you can’t fall in love with someone else until you fall in love with yourself!” At the Groove Hotel, these three women will have the opportunity to do both! Whether they find the perfect fling, friendship, true love, or something in between, this is their chance to take charge and break through the double standards older women face every day. And they’re going to have a lot of fun doing it! The show is hosted by Taye Diggs, who knows a thing or two about getting into the groove. 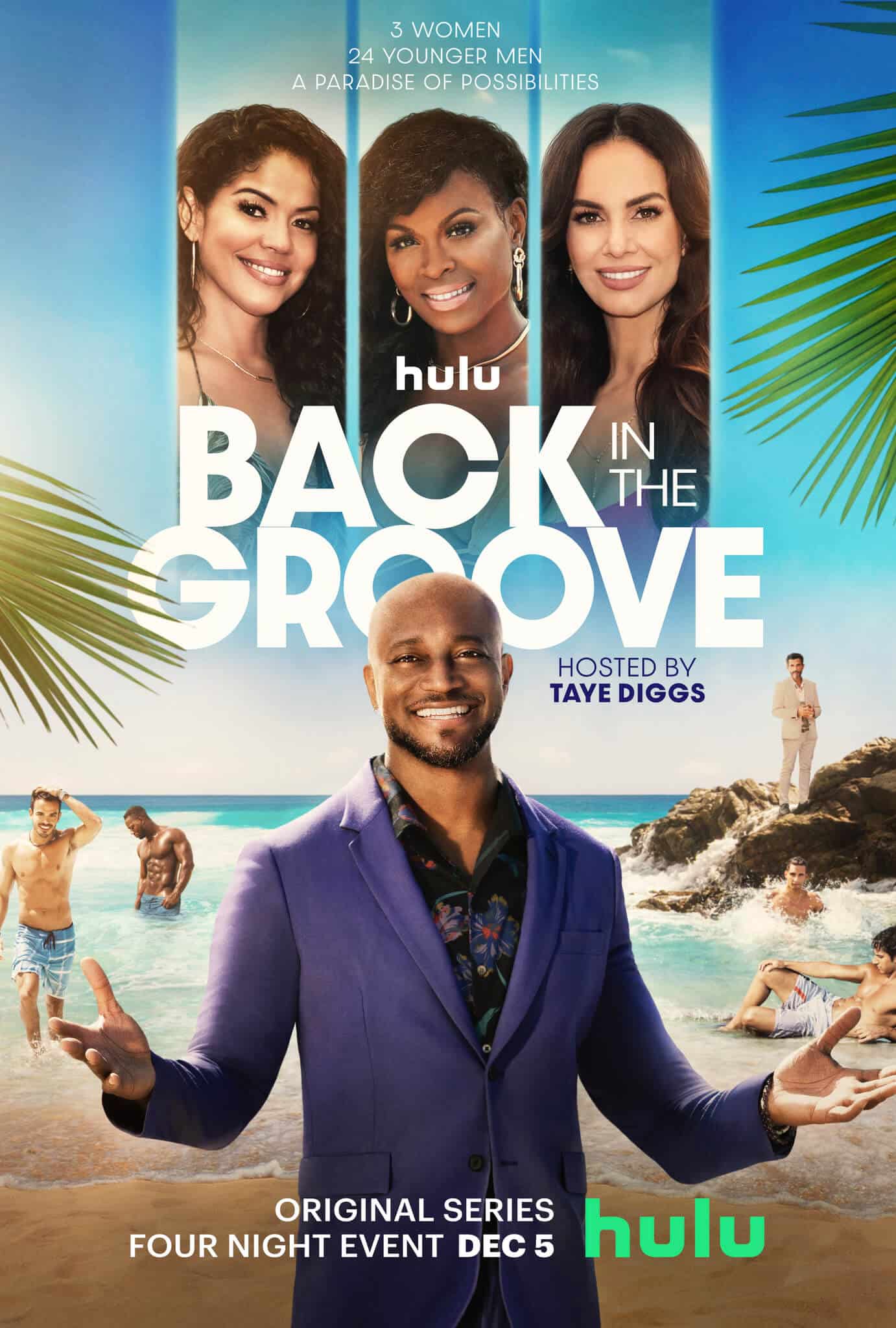 The special four-night event kicks off Monday 5th December 2022 with two episodes, on Hulu. Two all-new episodes available to stream daily through Thursday 8th December 2022. Currently, no international release on Disney+ has been announced for the series.

Roger has been a Disney fan since he was a kid and this interest has grown over the years. He has visited Disney Parks around the globe and has a vast collection of Disney movies and collectibles. He is the owner of What's On Disney Plus & DisKingdom. Email: Roger@WhatsOnDisneyPlus.com Twitter: Twitter.com/RogPalmerUK Facebook: Facebook.com/rogpalmeruk
View all posts
Tags: back in the groove, hulu