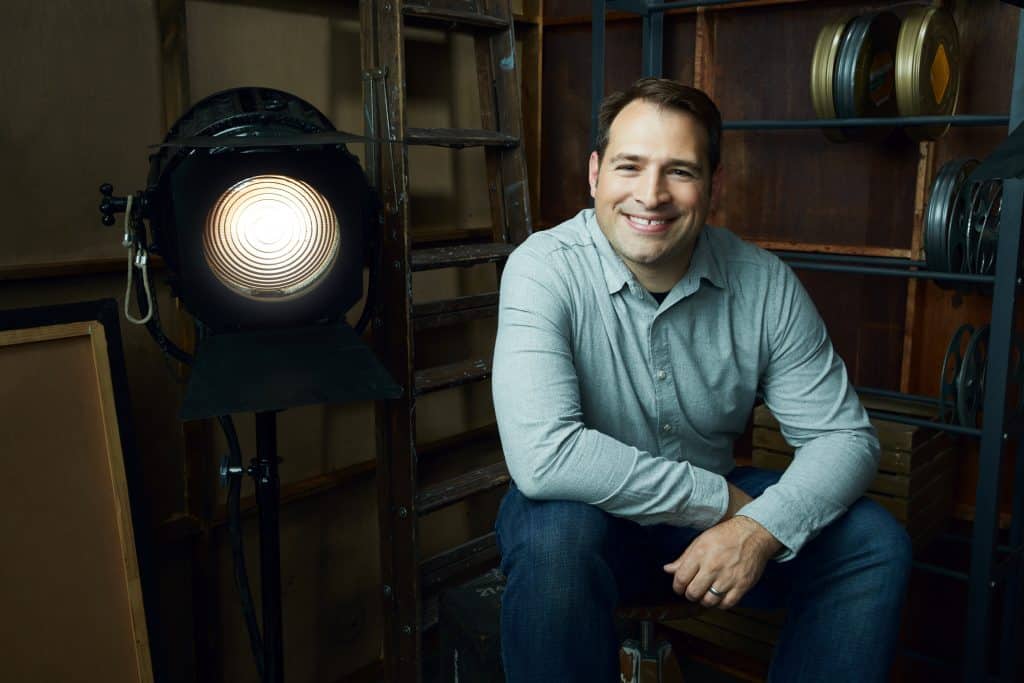 Over the years, the Walt Disney Animation Studios has created feature films that have captivated audiences young and old. Alongside hits like Frozen and Moana, Disney has also released dozens of short films that have told great stories in small packages. In 2020, Disney Animation continued their short film tradition by releasing Short Circuit, a series of innovative shorts from employees across the Studio.

After watching (and rewatching) each of the amazing short films in the series, I reached out to Brian Menz, director of the Short Circuit film “Just a Thought”, to learn some behind-the-scenes details of the making of an animated short film. Along the way, we get to chat about Raya and the Last Dragon, the next film from Walt Disney Animation Studios, which will be premiering on Disney+ and in theaters in March. Keep reading for my EXCLUSIVE interview with Brian Menz!

CORBAN:  What was your first experience working with The Walt Disney Company, and how did you get involved with “Just a Thought”?

BRIAN MENZ: I started at Walt Disney Animation Studios in 2008 as an animator on Bolt – a childhood dream fulfilled!  In 2014 I first pitched the idea for “Just a Thought” in the studio’s shorts program.  Over the years I developed and wrote the story and story boarded the film. It was then selected for the Short Circuit program and we were off to the races!

CORBAN: Where did you get the inspiration for “Just a Thought”? Was it based on a personal experience?

BRIAN MENZ: Yes, it was based on my personal experience!  I was a shy kid in junior high and was scared to talk to girls I liked.  So shy in fact that my first girlfriend had to ask me out… and now she’s my wife!  We have 7 children in the order they appear in Ollie’s thought bubble in the short (boy, boy, girl, boy, boy, girl, girl). 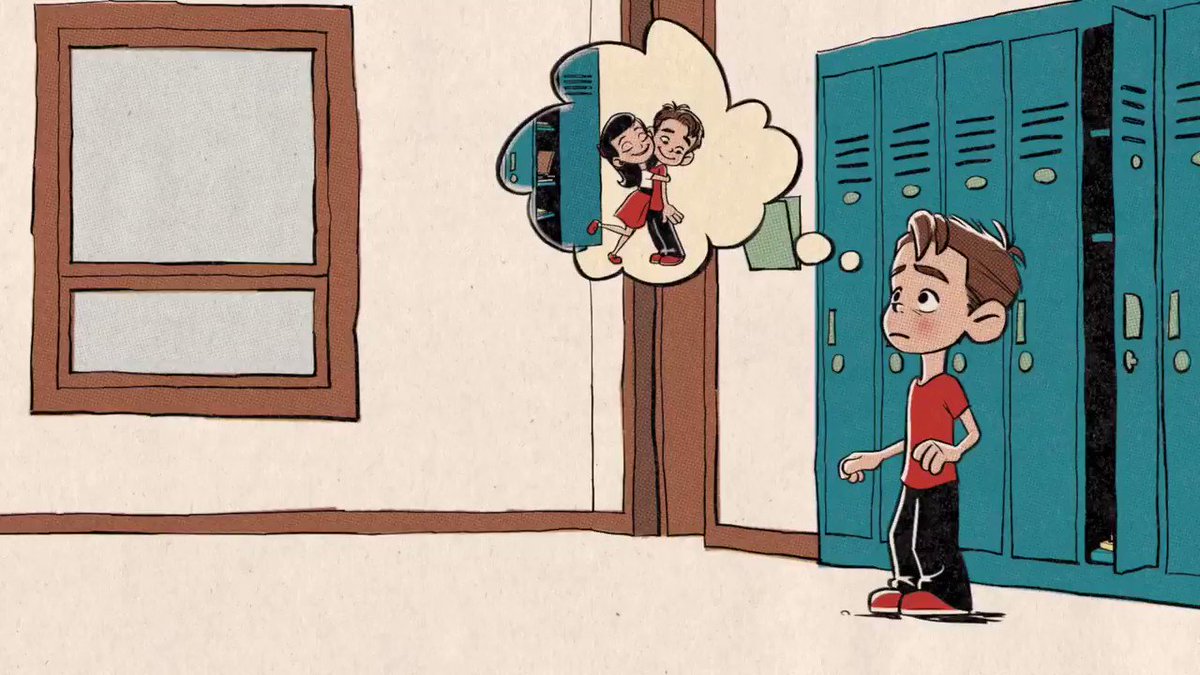 CORBAN: “Just a Thought” tells a story that is so relatable and fun, and it is great that you can tell a piece of your love story through animation! And speaking of the animation, I love the “newsprint” style of “Just a Thought”. What technical aspects were required to create the visual texture of a comic strip?

BRIAN MENZ: Comic strips were a big part of my childhood. I read them in the newspaper every day. I knew I wanted “Just a Thought” to look like a comic strip come to life, and the first thing that comes to mind when I visualize a comic strip is the visible dots that make up the colors.  In order to create the feel of the Sunday funnies, we analyzed the comic section of a 1980’s newspaper and studied how the dot patterns work. We recreated the half tone dot technique in the computer for the limited color pallet made with the 4-pass printing process – Cyan, Magenta, Yellow, and Black. We scanned blank newsprint for the backdrop of the short. We scanned newsprint that we printed black ink on for the varied texture created by the way ink seeps unevenly into the paper. Finally, we added linework to the animation to get the charming inkwork found in the comics using our Oscar-winning software Meander.

CORBAN: Disney is always raising the bar, and it truly pays off in shorts like “Just a Thought”! You also worked as an animator on “Elephant in the Room”, another Short Circuit project. What was your biggest takeaway from these two short films, and how did your day-to-day activities change between animating “Elephant in the Room” and writing/directing “Just a Thought”?

BRIAN MENZ: It was a privilege animating on “Elephant in the Room” because I have been friends with Brian [Scott] for years and got to see his idea evolve over time.  I learned a great deal about filmmaking working closely with him on his film. While I was working on “Elephant in the Room” I was able to see a glimpse of what I was about to experience on “Just a Thought” – the bigger picture.  As an animator, you work on moments in a film, but as a director, you’re working on the entire story.  One of the best parts of directing is collaborating with artists throughout the entire process, working as a team to make what started out as just a thought into a reality. 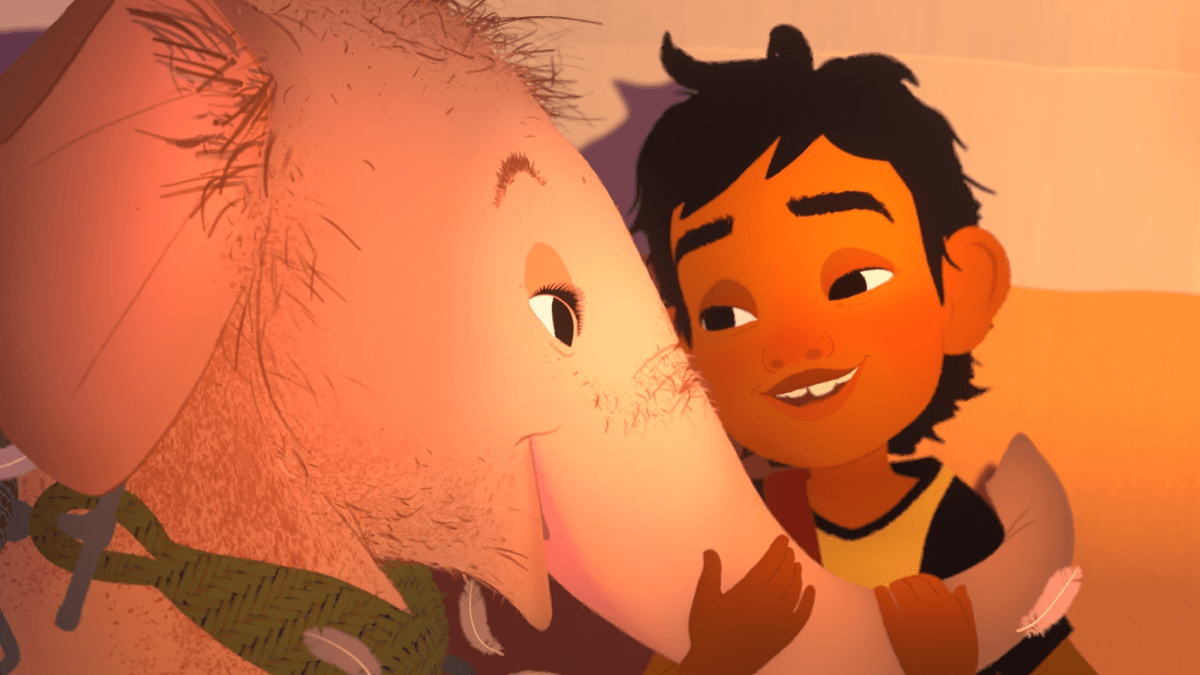 CORBAN: Disney has been able to inspire audiences through films like “Just a Thought” and “Elephant in the Room”, and those short films fit right in among the greats! Do you have a favorite Disney project that you have worked on, and why?

BRIAN MENZ: “Just a Thought” will always hold a special place in my heart because it is my first original idea to come to life on screen and also because the story is so personal to me. As for the features I’ve worked on, Raya and the Last Dragon was an amazing experience where I was blessed to supervise Boun, Tuk Tuk and baby Tuk Tuk and oversee them throughout animation on the movie. You get so close to these characters as you spend years helping to develop them, that they take on a life of their own. It’s always exciting to see what the animators bring to their performances and see how the world responds to them throughout the film and beyond.

CORBAN: I have always enjoyed the unique and original worlds that your team at the Walt Disney Animation Studios has created, and I cannot wait to see Raya and the Last Dragon in March! How does Raya compare to the other Disney Animation films that you have worked on, and what can viewers expect when Raya lands on Disney+?

BRIAN MENZ: I am extremely excited for the world to have Raya and the Last Dragon in March!  This is the first feature film I’ve been an Animation Supervisor on and the first Disney animated film to be created from home during a global pandemic. Our biggest challenges were getting the team up and running from home, building a cohesive team, and communicating solely over the internet. The result of all this is an incredible film that is sure to grab the hearts of audiences around the world. It’s an experience I’m glad to have been a part of and will cherish always!

CORBAN: It’s amazing that technology can allow a film like Raya and the Last Dragon to be made remotely, and Disney has always found a way to make magic! While you probably had your hands full with Raya, do you have any future projects in the works?

BRIAN MENZ: Raya and the Last Dragon is the latest film I worked on coming to theatres and Disney + this March.  Boun and Tuk Tuk (both big and small) are such fun characters, and my team did a stellar job bringing them to life.  I’m so excited for them to belong to the world!

CORBAN: I always look forward to the next Disney animated film, and I am ready to see the characters of Boun and Tuk Tuk on the big screen! Thank you so much for sitting down to chat with me about some great projects from Disney Animation!

To the reader, the Short Circuit films, including “Just a Thought” and “Elephant in the Room”, are now streaming on Disney+. And don’t miss the premiere of Raya and the Last Dragon on Disney+ and in theaters March 5!

Corban has been a lifelong fan of The Walt Disney Company. Disney music is often the soundtrack of his life, and he loves listening to a new film score. In between new episodes of The Mandalorian, you can often find him planning his next trip to the Disney Parks or rewatching classic Disney TV shows.
View all posts
Tags: Bolt, disney, disney plus, disney+ short circuit, disneyplus, interview, Raya and the Last Dragon, short circuit, Walt Disney Animation Studios