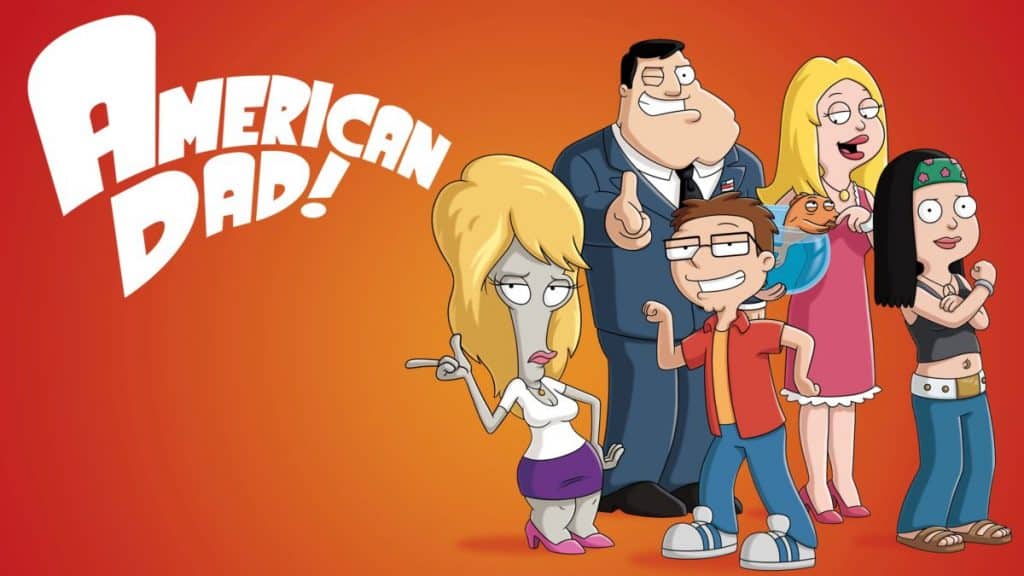 Disney has announced that season 18 of the smash-hit adult animated series “American Dad” will be coming soon to Disney+ in the United Kingdom and Ireland.  New episodes will be released every Wednesday from May 18th 2022.

“American Dad!” centers on super patriotic CIA agent Stan Smith (voiced by Seth MacFarlane) and the misadventures of his unconventional family in Langley Falls, VA. Stan applies the same drastic measures used in his job at the CIA to his home life, where Stan’s blissfully unaware wife, Francine (Wendy Schaal), has an unfaltering loyalty that makes her blind to his unabashed arrogance. His left-wing activist daughter Hayley (Rachael MacFarlane), however, doesn’t let him off so easily – and knows just how to push her father’s buttons. Hayley’s brother is the geeky-yet-confident Steve (Scott Grimes), a kid who spends his time playing video games and obsessing about the opposite sex. The Smith cabinet is rounded out by two rather unconventional members: Roger (MacFarlane), a sassy, sarcastic and routinely inappropriate space alien, and Klaus (Dee Bradley Baker), an attention-starved goldfish with the brain of a German Olympic skier.

The animated comedy from 20th Television Animation was created by Seth MacFarlane, Mike Barker and Matt Weitzman, and is executive produced by co-showrunner Brian Boyle along with MacFarlane and Weitzman.

Recently, it was revealed that “American Dad” was renewed for two more seasons.

The first 17 seasons of “American Dad” are already available on Disney+ in the UK and Ireland.

Are you looking forward to new episodes dropping weekly onto Disney+ from May?