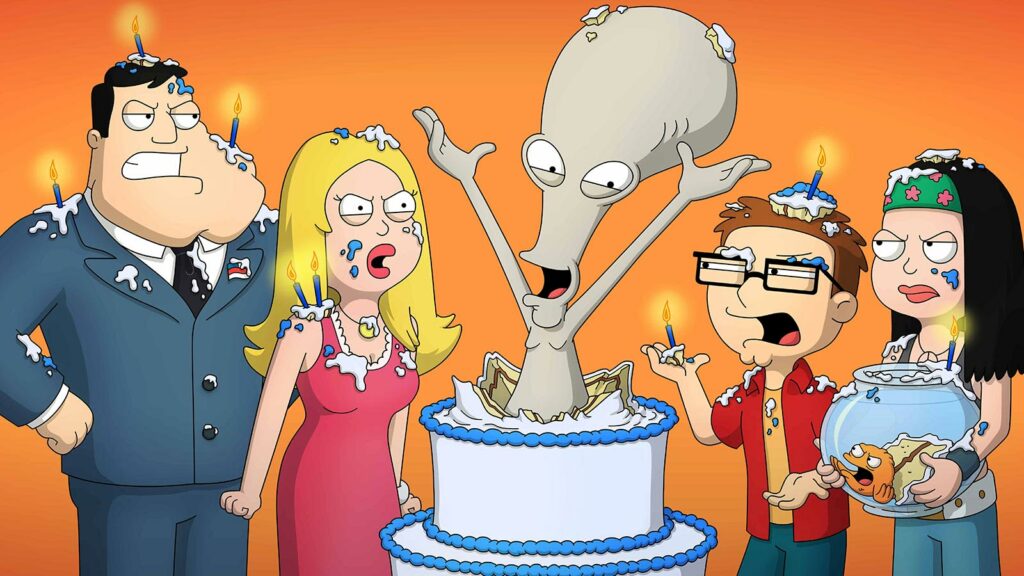 TBS has announced that it has renewed the adult-animated series, “American Dad”, for two more seasons (18 & 19).

“American Dad” revolves around Stan Smith, a CIA agent in Langley Falls, Virginia, whose main objective in life is national security. His family, a talking goldfish, and a space alien he rescued from Area 51 keep Stan busy while he tries to prevent terrorist activity in the U.S.

This series is created by 20th Television Animation and is distributed by Disney.  TBS picked up the series when Fox cancelled it.

“American Dad” premieres on Disney+ in many countries, including in the UK and Canada. With previous seasons also available on Disney+.

“American Dad! is reaching rarified air with 18th and 19th season pickups that only a handful of shows have ever accomplished; this speaks to the zeitgeisty humor that resonates with audiences, and to the dedication of its creators and brilliant TBS network executives.”

There are now over 300 episodes of this animated series, following its debut in 2005.

Are you looking forward to more seasons of “American Dad?”