Disney’s ABC has released some new details on the return of the smash-hit comedy series, “Abbott Elementary”, which is a workplace comedy about a group of dedicated, passionate teachers – and a slightly tone-deaf principal – who are brought together in a Philadelphia public school where, despite the odds stacked against them, they are determined to help their students succeed in life. Though these incredible public servants may be outnumbered and underfunded, they love what they do – even if they don’t love the school district’s less-than-stellar attitude toward educating children.

Philly’s favorite educators are gearing up for another school year, which means more workplace laughs are on the way. Nominated for seven Emmy Awards, including a nod for Outstanding Comedy Series and three history-making nominations for series creator and star Quinta Brunson, season two of “Abbott Elementary” is set to debut on its new night, Wednesday 21st September 2022 (9:00-9:31 p.m. EDT), on ABC. With new episodes being released the following day on Hulu.

The first season of “Abbott Elementary” is available to stream now on Hulu. 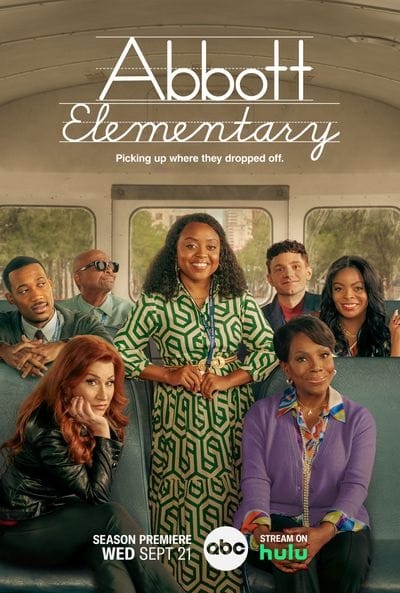 The series is also released as a Star Original on Disney+ around the world. However, no season two release information has yet been announced.