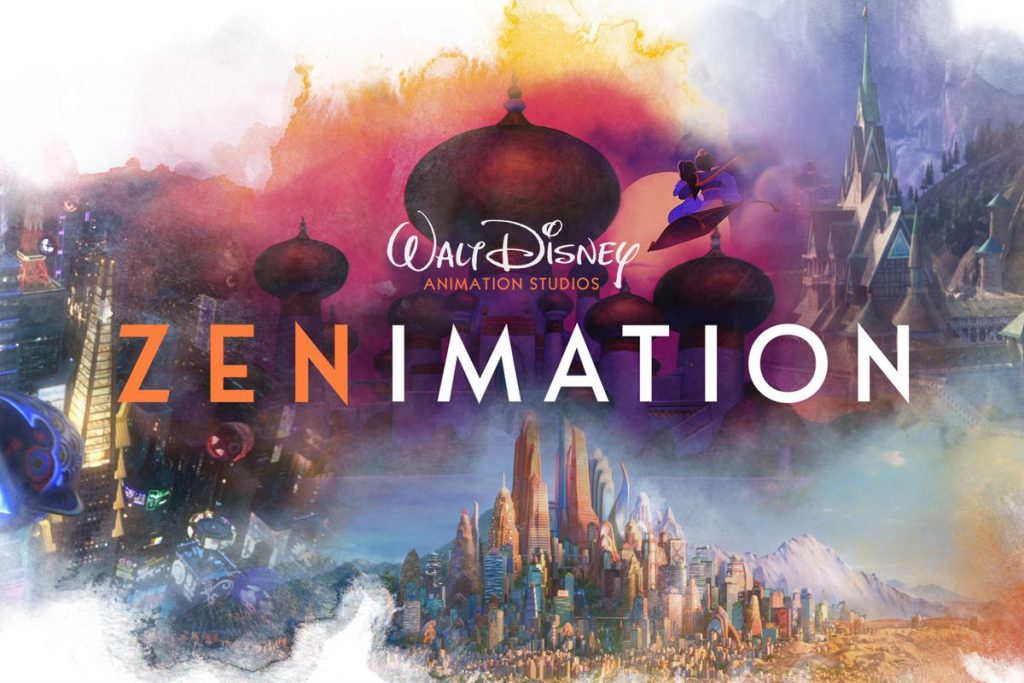 Disney+ looks to tickle your senses with its new original release, “Zenimation.” It’s a series of 10 shorts that removes dialogue and music from some of the most famous scenes in Disney films and lets you experience what it would be like to see and hear what is going on in each place.

This is a really cool experiment Disney is attempting here, but it’s something the viewer has to be in the proper mood to enjoy. I was immersed in the sights and sounds of all ten of these shorts. My favorite was anything to do with water. When I was younger, my dad would take me fishing on a river in Missouri. Now, that I’m an adult, my wife’s favorite place in the world is the beach; any beach. Water brings me peace and joy. I could close my eyes and appreciate the water sounds as if they are white noise, but it’s incredibly enhanced by the sights that go along with it.

This could be very easily be something that a viewer doesn’t appreciate. To watch a scene with no dialogue and no music could seem weird to some. When I first heard about it, I thought it sounded weird and I wasn’t sure if I would like it. But, after a very stressful day and a tough realization with my special needs son, my anxiety had gone into overdrive. I sat down to watch these and they put my mind at ease for a few minutes. Every scene was beautifully drawn and the sounds spoke to me without saying a word. It was exactly what I needed to calm down. I would recommend this for anyone suffering from anxiety as a calming mechanism. I would also recommend putting this on and turning down the brightness on the TV for anyone who is having trouble sleeping. It is amazing white noise.

It’s really cool how Disney is paying tribute to the animators who make this company so successful. With more than 50 feature length movies from the Walt Disney Animation Studio, animation is the backbone of this company. Many of the animators go unsung, but it’s wonderful to see their hard work acknowledged and appreciated.

There’s definitely potential for a limited release of shorts like this, but I don’t think it could last as a continuous series. Much like the Disney singalongs we’ve seen, there’s an appeal to do it every so often, but too much will bring it down. I love that they put the ten shorts together for an easy watch. I hope Disney works on more of these to incorporate more classic scenes. A drop of ten shorts, appreciating the visual and sound artistry, every six months to a year would do wonders, in my opinion. I also hope they focus on scenes from Pixar and maybe even the other studios; like Disneytoon Studios, to see the hard work that went into those films as well.

What did you think of “Zenimation?”

Jeremy has been a big Disney fan since he was a kid growing up during the Disney Renaissance. One day he hopes to go to every Disney Park in the world.
View all posts
Tags: disney, review, Walt Disney Animated Studios