Winnie the Pooh: A Valentine For You Review

What's On Disney Plus > Blog > Brands > Disney > Winnie the Pooh: A Valentine For You Review 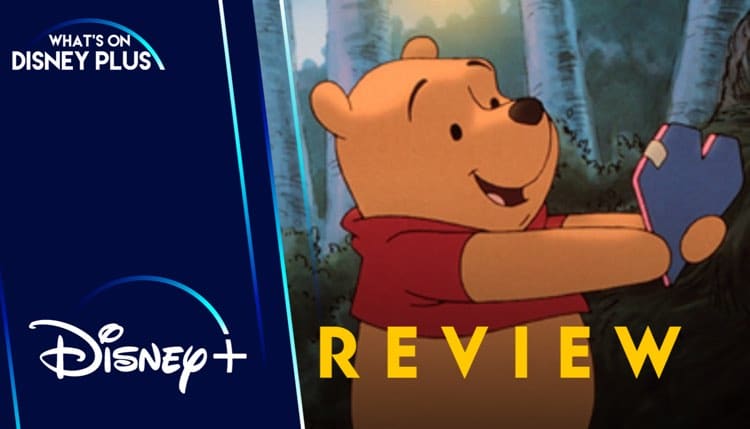 Winnie the Pooh: A Valentine For You Review

This is a cute special that teaches the value of change within friendships. Winnie the Pooh and the rest of the gang want Christopher Robin to stay exactly as he always been. They are convinced that since he has a new friend, he won’t want to be their friend anymore. They go to great lengths to keep their friend. Despite the fact, they are being selfish by not letting him change, it still shows they love him and don’t want to lose him. Then, at the moment of truth, Pooh recognizes that Christopher Robin is happy and refuses to unleash the “love bug” to free him from being smitten. That again shows love and friendship. Pooh wanted Christopher Robin to be happy more than anything else. It was the most unselfish thing he could do. And, all the friends learn that just because Christopher Robin has a new friend, it doesn’t mean that he will stop being their friend. They learn there was no need for their insecurities, especially Pooh. While everything about this special is well done, it ranks low on my enjoyment scale. I’ve never been the biggest Winnie the Pooh fan, but I recognize their quality and their popularity. There is nothing for me to complain about, I just didn’t overly enjoy it. I honestly like the Easter special, “Springtime for Roo,” a little better. I know these specials are not going to be on par with the theatrical releases, but it’s very average for me.

Adding this special the Friday before Valentine’s Day was a good move. It ties in nicely to the time of year. It’s about love, not romantic love, but friendship love and how that is important for everyone. Plus, Winnie the Pooh is one of the most popular characters Disney owns, so adding as many specials as possible to Disney+ makes complete sense. I hope those who watch it for the first time enjoy it more than I did. It’s well done, it’s just not for me.

Jeremy has been a big Disney fan since he was a kid growing up during the Disney Renaissance. One day he hopes to go to every Disney Park in the world.
View all posts
Tags: A Valentine for You, disney, review, Winnie the Pooh