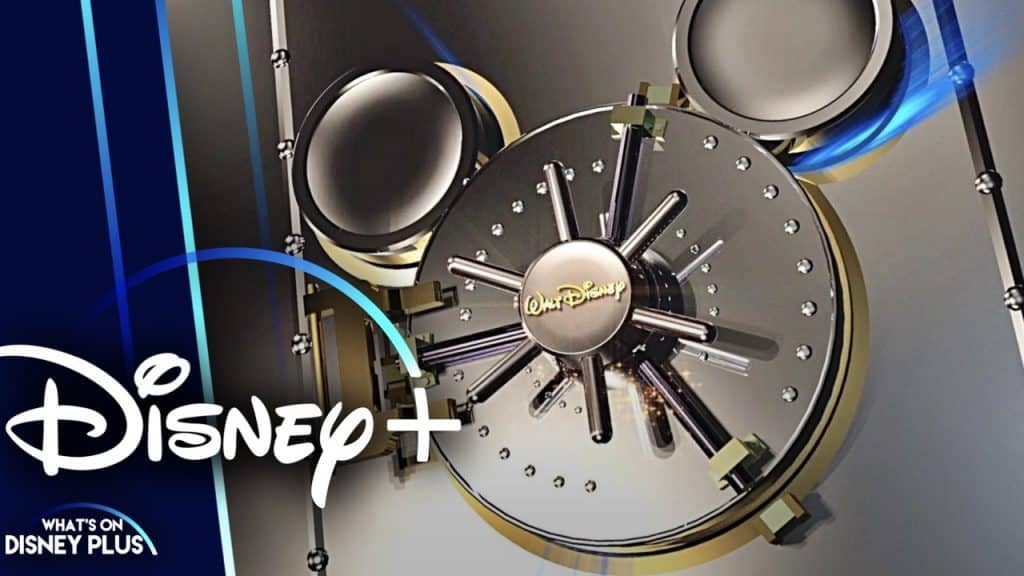 Ever since Disney+ was first announced, Disney marketed the service as the “Disney Vault Unlocked”, but that is far from the case three years later.

Over 800 films and series are missing from Disney+, but it’s not just a case of Disney grabbing a DVD or VHS and copying it into Disney+.

If you’ve wondered why so many titles are still missing from Disney+, here are some of the reasons why:

Let’s start out with one of the most straightforward points to explain, Disney doesn’t own all the music which is used in certain content. One notable example is “The Muppets and John Denver”, which haven’t been made available on Disney+ due to rights issues with John Denver’s estate.

Other titles that Disney+ lacks, presumably to music licensing issues, include “Captain EO” and Disney Channel Premiere Film “Tiger Town”. This is also a significant issue for TV series, where Disney doesn’t have the streaming rights to certain tracks used.

Many ABC series haven’t or can’t be added to Disney+ due to syndication rights. Many deals for shows now owned by Disney have been licensed for syndication by rival networks, which could be keeping certain shows from streaming on Disney+.

Some primary examples of Disney owned shows which aren’t available on Disney+ due to potential syndication rights include “Modern Family” and “9-1-1”, both of which are syndicated on NBCUniversal TV channels. Some classic series may not be made available because actors have deals to get paid bonuses every time they are aired on traditional television.

Not Owning or Only Partially Owning Distribution Rights

Let’s talk about one problem for several titles, there are many series that are popular which Disney only owns half the rights or even none of the rights, “Criminal Minds” and its two spinoffs which were co-distributed with CBS in the states whilst internationally Disney holds the rights. This is also other shows like “The Goldbergs”, which is made and distributed by Sony, but airs on Disney’s ABC series in the US.

Another series people mention a lot is the classic Disney Channel series “The Famous Jett Jackson”, which is a series Disney sold its share of the distribution rights to what is now known as Wildbrain. I could probably write a whole article talking about titles Disney only own partial distribution for, but it’s one of a few reasons Disney haven’t added certain content to Disney+.

This issue affects all major studios and broadcast networks that existed pre-digital revolution. One of the most notable examples of a company not having all the original masters for one of their classic series is the BBC and their initial run of “Doctor Who” from the 1960s till the 1980s.

Disney is a much bigger company than the BBC, but that doesn’t mean Disney still has the masters to their entire back catalogue. Especially with content, they’ve acquired over the years. For example, Universal has lost about half of the classic “Oswald The Lucky Rabbit” shorts from the 1920s, so when Disney regained control of the character, it didn’t have that content available.

They May Not Realize They Own It:

This is a weird point but should be noted nonetheless. Over the past 30+ years, Disney has acquired Pixar, The Muppets, ABC, Lucasfilm, Marvel, Fox Kids (now Freeform), and 20th Century Fox, among others smaller deals to buy distribution rights to specific content. What does Disney’s acquisition spree mean?

Disney now has a massive back catalogue of TV shows, movies and short films. Making Disney’s back catalogue is probably the largest of any currently existing media giant, so for some of the smaller shows and movies like “Biker Mice From Mars” or “Peter Pan and The Pirates” is Disney probably doesn’t realise they own them or simply hasn’t gotten around to dealing with them yet as they might deem some properties as necessary as others.

Ever since Disney+ launched, we’ve spent most of the time in a pandemic. This has had a massive impact on every person and company worldwide. This will have no doubt had an effect on the logistics on why content hasn’t been released onto Disney+ as quickly as we would have liked.

Since Disney+ launched in late 2019, it has been slowly rolling out around the world, and in 2022, Disney+ will launch in another 40+ countries. This rollout has required Disney to focus on getting titles ready for these other countries, such as making sure films are available with suitable language options.

But the addition of the Star general entertainment brand to Disney+ around the world means that Disney has been adding lots of films and series on a weekly basis. The Disney+ library internationally is twice the size of that in the United States. All of that content has had to be added to the Disney+ ecosystem. It’s also much easier for Disney to prioritise adding its newer content, which doesn’t have as many legal or technical issues to deal with.

Now that Disney+ and Hulu have been running for several years, they have access to a large amount of data for the classic content they’ve made available.

Data is being used by all the streaming services to see what is popular and find out what isn’t. This could be the reason why Disney+ isn’t making hundreds of their classics from coming to the service, but my next point ties into this point.

Probably the biggest reason for some series and films not being available on the service is the cost of restoration. Making older content technically ready for Disney+ has many layers, including both picture and sound quality. But they are also adding in accessibility options like closed captioning, in addition to making it available internationally by tracking down and adding existing dubbing tracks/subtitles or creating brand new versions.

Some examples of content that Disney may not have re-released because of the expensive restoration fees include, “Tiger Town”, “Star Wars The Holiday Special”, “Angels In The Outfield”, “Black Arrow”, “So Dear To My Heart” and “The Littlest Outlaw”.

Many Disney+ subscribers also forget that if the content is a TV series, all the episodes would need to be restored individually, so for a series with 100+ episodes, it may not be worth the price to do such a thing.

Ultimately, any new addition will have a cost element to it. If Disney has a stack of 1000+ shows and films in its vaults, that could potentially be added onto Disney+. Cost is going to be an issue; series or movies that will cost more, either legally or technically, or even both, will be a lower priority.

I like many Disney fans, first saw Disney+ as a sort of museum for Disney and its associated companies’ film and TV catalogues with roughly two-thousand titles available on Disney+ in many countries around the globe. It did look like that for a while. For many titles restoring them in HD or 4K along with sorting out distribution, syndication, music licensing and streaming rights could be an expensive endeavour that wouldn’t be worth it for many titles within Disney’s vast catalogue.

There are several series and movies that are available digitally or streaming on Disney+ Hotstar in India or that have been released on Bluray. Some notable titles are M.I.A including “Dave The Barbarian”, “Brandy and Mr Whiskers”, and the last missing Disney theatrical animated movie “, Make Mine Music”.

As a fan of Disney, I hope that they can someday make more of their classics available on Disney+, but I understand many titles are missing due to reasons discussed in this article.

As time goes on, Disney will invest more and more money into Disney+ content and features, but I hope that Disney will realise there is a demand for some of its legacy content and make more of them available through Disney+.

What do you think of Disney’s lack of classic films and series being added?