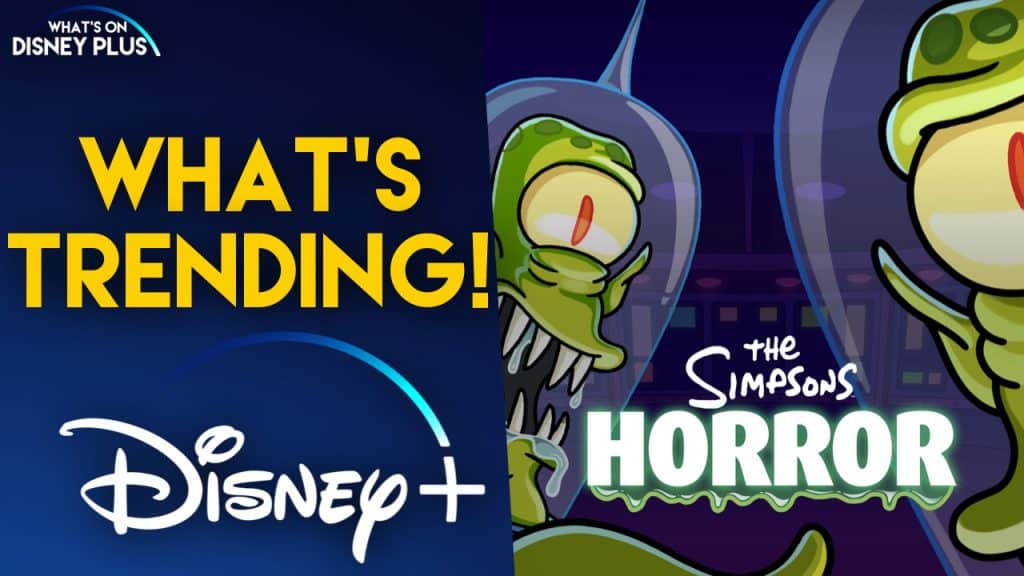 It’s Sunday and time for us to take a look at what’s trending on Disney+ this week, with the recent arrival of the 31st season of “The Simpsons”, the animated juggernaut continues to dominate the top spot, plus with the new Halloween of Horror collection being added, “The Simpsons” adds to all the Halloween favourites being watched.

Here is the Disney+ Trending chart for the week ending Sunday 18th October 2020 for the United States:

A surprise new entry onto the trending chart this week is “The Haunted Mansion” film, which was released back in 2003 and stars Eddie Murphy.

There is very little change from last weeks Trending chart, though the biggest new release of the week, “Clouds”, did make the top 10 list.