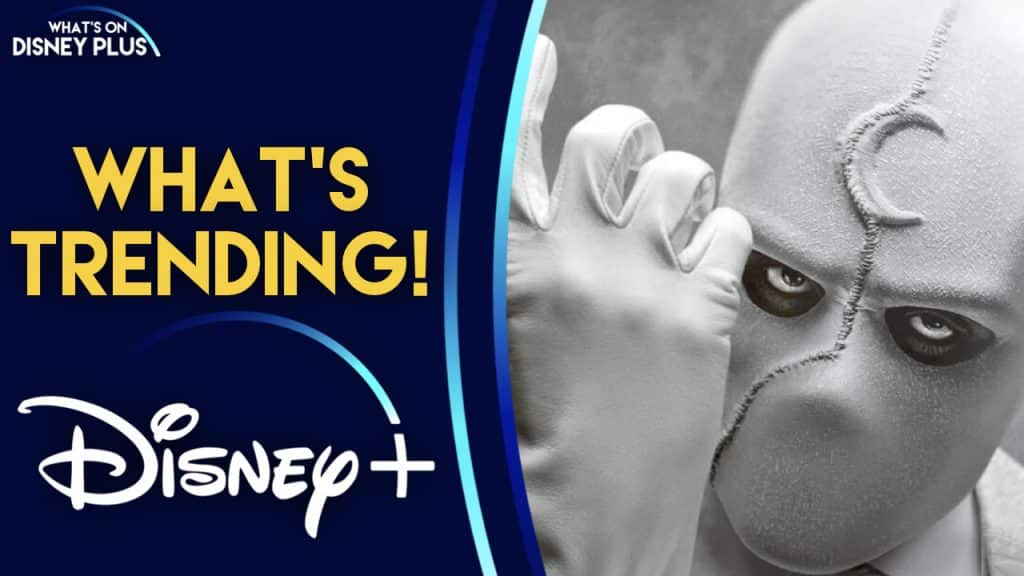 It’s Sunday and time for us to take a look at what’s trending on Disney+ this week and the latest Marvel Studios series, “Moon Knight” has remained at the top of the trending chart!  While Pixar’s latest film, “Turning Red” continues to be the most popular film on Disney+, with “Encanto” continuing to pull in viewers.

In the UK earlier this week, Disney added all previous seasons of “NCIS” and released three new episodes of the latest season, with hundreds of episodes now available on Disney+, expect to see this one showing up in the trending charts for a while, much like other long-running shows like “Grey’s Anatomy” or “Criminal Minds”.

Here are the Disney+ Trending charts for the week ending Sunday 10th April 2022: