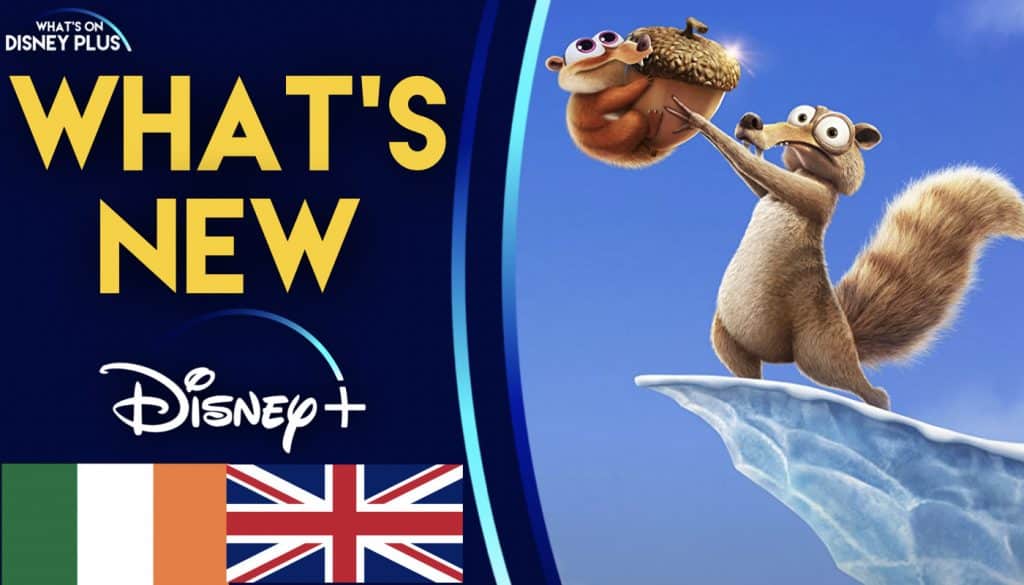 It’s Wednesday and time to take a look at what’s been added onto Disney+ in the United Kingdom and Ireland, which includes a new collection of shorts featuring Scrat from the “Ice Age” franchise, plus new episodes of original shows such as “Moon Knight” and “The Proud Family: Louder & Prouder”.

Our Kind Of People – Episode 9

A penguin and a flamingo respectively work at the Tiny Ones Transport Service, where they deliver newborn baby animals and birds to their parents

Moving and dancing and encouraging children to have fun by imitating the choreography they see on screen. A series of animals help keep children moving to the sound of catchy songs and rhymes.

Three girl pirates on a pirate ship explore new lands and solve puzzles and riddles in order to find the treasure chest. The treasure chest is always filled with fun objects for having a party.

Rocco the squirrel lives in the forest and faces new challenges in every episode. How to carry a juicy plum? How to cross a puddle? How to keep warm on a snowy day and much more. Young viewers can identify with Rocco’s challenges and share the joys of his success.

A child plays imaginary games with her felt toys. Her “hero” is a little cactus who interacts with whatever comes his way. A new environment is created in each episode which forms challenging and funny situations for him to deal with.

BabyTV is going back in time to the days of the dinosaurs where two dinosaur eggs have disappeared from the baby dinosaur kindergarten.

Toto and his best friend Robbie are toys that come to life in a kindergarten when all the children leave. The place is transformed into an imaginary world where the two friends discover what the children have learned during the day.

PARCHED is a feature documentary and four episodes that takes a character-driven and investigative approach to find out who really controls water in this country — and in the world. PARCHED will unite investigative journalism with narrative entertainment in the deeply engaging style for which Jigsaw is renowned. The series will be haunting, shocking and cinematic — and viewers will be left with a new and frightening understanding of our planets most precious resource.

Catastrophic incidents in aviation history are meticulously re-enacted, providing insight into what went wrong and if the crashes and near-disasters could have been prevented. Accounts from survivors combine with computer images to weave these gripping tales, and expert testimony reveals the hows and whys behind these events, some of which have resulted in important changes to aviation safety and regulations

The path leads to Alaska, where Gibbs and McGee go on a very long road trip. It’s still all about getting information on the serial killer, Paul Lemere.

A tragic accident occurs at Jessica’s sister’s gender reveal party. Conrad, Irving and Trevor work on an influencer whose life is in danger due to a risky cosmetic procedure.

The Tobin kids and Honeybee participate in a Thanksgiving tradition known as The Beef Hunt; Beef faces his greatest fear.

Gene breaks an extremely rare Christmas record from the ’70s, so he and his sisters search for another copy; Teddy tries to do a neighborhood Secret Santa with Bob and Linda.

THE MICK is a no-holds-barred single-camera comedy that gives new meaning to the phrase “dysfunctional family.” The series stars Kaitlin Olson as Mickey, an unapologetic degenerate stuck raising her spoiled niece (Sofia Black-D’Elia) and nephews (Thomas Barbusca, Jack Stanton) amid the lap of luxury in Greenwich, CT. Although constantly pulled between enjoying her lavish new lifestyle and trying to control three monstrous children who have un ited lines of credit, Mickey is now in it for the long haul. With the help of her on-again, off-boyfriend (Scott MacArthur) and the kids’ live-in housekeeper (Carla Jimenez), she is determined to make it work, or, at the very least, black out during the parts that don’t.

What are you planning on watching on Disney+ first today?